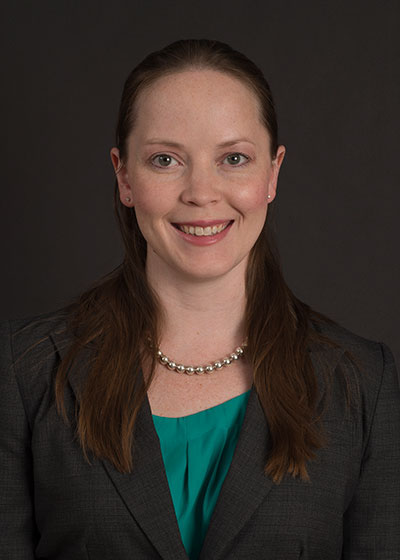 Perhaps comedian Chris Rock has learned to keep a certain name out of his mouth.

Because as the old curse goes, no one should ever casually mention the name Macbeth in a theatre, lest they invite danger. We were reminded of this superstition – or is it real? – when actor Will Smith walked on stage at the 94th Academy Awards and smacked Rock in the face after the comedian made an insensitive joke about Jada Pinkett Smith, Smith’s wife.

Minutes before the incident, Rock stood on the Oscars stage and congratulated Denzel Washington for his role in the 2021 film adaptation of the Shakespearean tragedy.

It was in that moment the trouble began, many Shakespeare scholars and enthusiasts believe.

The Macbeth curse is likely just superstition, said Radford University Associate Professor of English Amanda Kellogg, Ph.D., “but it speaks to how powerful our imaginations can be. Shakespeare certainly understood the power of collective imagination.”

Kellogg, who specializes in the works of Shakespeare and the English sonnet tradition, often points her students to the epilogue of “The Tempest,” “where Prospero says, essentially, the play is over, and it’s up to the audience to determine what will happen to him,” Kellogg said.

“That is essentially what we’ve done by investing our imaginations in the Macbeth curse,” Kellogg continued. “We’ve been inspired by Shakespeare to write a new chapter in the play’s history.”

Following the incident at the Oscars, Kellogg answered our questions about the curse, its origins and why Shakespeare continues to demand the world’s attention through various avenues that include pop culture and politics.

First of all, how did the Macbeth curse originate?

Kellogg: “In early modern England, when Shakespeare’s plays were initially performed, people really believed in witches. There were even recipes for witch bottles, which were buried in or near houses to ward off witchcraft. Given this belief system, people were nervous about any play that depicted the occult — devils, for instance, or witches casting spells — because they thought it might attract the attention of the real thing. So, people feared that Macbeth was cursed from the beginning by witches who were angered at Shakespeare’s use of incantations in the play.

Since its first performance, then, people have noted a variety of tragedies and mishaps, from the injuries or deaths of actors to fires or bankruptcies ruining the theaters where the play is staged, and the legend has grown up that uttering the word Macbeth within the theatre invokes a curse that can only be removed by an elaborate cleansing ritual. The rituals vary, but they often involve running around the theater, spinning in a circle, spitting or even cursing.”

Are there other memorable incidents where someone has mentioned Macbeth and havoc has ensued?

Kellogg: “While the legend is probably most often represented in fictional, pop culture settings (for example, it is a recurring theme on the TV show Slings and Arrows), there are some historical examples. Probably most famously, in 1937, Sir Laurence Olivier was almost struck by a falling weight that had been hanging above the stage when he was preparing to play the titular role.

Most tragically, the Macbeth curse is linked to the deadly Astor Place Riot of 1849, where rioters clashed over which Macbeth—Edwin Forrest’s (the American, working-class Macbeth) or William Macready’s (the British, aristocratic Macbeth)—was best. Of course, this debate was much more about politics and economics than the theatre, but it is often cited as another example of the play’s bad luck.

The first time I remember learning about the curse was when Alec Baldwin took up the role in the ’90s. Somehow Baldwin actually sliced open the hand of the actor playing Macduff, contributing a recent example to a long history of injuries occurring during the play’s rehearsals and performances.”

In March alone, Shakespeare has dotted the political and pop culture landscapes, from Chris Rock’s Macbeth faux pas to Ukrainian President Volodymyr Zelenskyy to “Final Jeopardy” to Wikipedia. What is about Shakespeare that captivates us so much?

Kellogg: “Ben Jonson wrote that Shakespeare ‘was not of an age but for all time,’ suggesting that even his contemporaries saw how special and timeless Shakespeare’s works were. I think Shakespeare captivates us so much because he wrote in very relatable ways about so many of the problems people face across time: fear of disappointing our parents or friends, anxiety over what happens after we die, the desire to be different or to push against societal expectations. I also talk to my students about how Shakespeare’s works leave a lot of space for interpretation (by, for instance, including very few stage directions), which means the plays can really be shaped to fit our own cultural and political interests. Because Shakespeare writes about the human experience so broadly and invites collaboration from his readers and viewers, people continue to be inspired by his works and to find them useful for working through difficult challenges.

Shakespeare’s works also include some problematic representations of women, people of color and individuals who do not adhere to the Christian tenets that Shakespeare’s original audience followed. People are having really compelling conversations about race, class, gender and political and ethical issues by identifying potential problems in Shakespeare’s works. For example, there have recently been some articles about whether “The Merchant of Venice” should no longer be staged because of its antisemitic content.”

Has the curse been a topic in any of your courses? If so, what are your students saying?

Kellogg: “I show them photos of signs hung on theatre doors asking audience members not to say the name of the show while they are inside the theatre, and we consider how this adds to the mystique and excitement of the performances. I love when I have actors in my classes because they usually have their own stories about the curse and the cleansing rituals.”

Do you have any practical advice for people wishing to avoid the Macbeth curse?

Kellogg: “Yes: try calling the play ‘The Scottish Play’ or ‘Mackers,’ rather than Macbeth, whenever you’re in a performance space. It will make you look like a cool theatre connoisseur and better safe than cursed!”

Robyn Berg, an associate professor of theatre performance at Radford, said most theatre artists, Radford University students included, are aware of ‘the curse.’

“In fact, there is an elaborate ritual to be performed after someone has said the word Macbeth in a theatre,” said Berg, whose acting credits include the Nashville Shakespeare Festival and The Shakespeare Theatre of New Jersey. “The exact steps of the ritual vary slightly in different parts of the world but generally involves spinning around, spitting and either swearing or spouting some Shakespearean lines — or both,” she said. “It’s silly and superstitious, but I’ll admit to having done it many times nonetheless.”