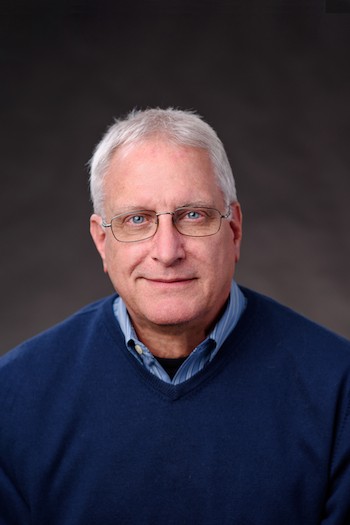 Professor of Geology Chester “Skip” Watts, Ph.D., has been awarded the prestigious 2020 Karl and Ruth Terzaghi Outstanding Mentor Award by the Association of Environmental and Engineering Geologists (AEG).

The award recognizes individuals for their outstanding achievements as mentors throughout their careers. Recipients of the honor, awarded annually, have made lifelong efforts in providing professional, ethical and technical mentoring for environmental and engineering geologists. The awardees must have demonstrated a level of integrity and ethics above reproach and consistent with AEG’s Principles of Ethical Behavior.

“Professor Watts has been a longtime educator and advocate for our students,” said Dean of the Artis College of Science and Technology Orion Rogers, Ph.D. “He is passionate about his profession and is always eager to pass along his knowledge and skills to his students. We are so proud of his dedication to Radford University and for his latest recognition by the Association of Environmental and Engineering Geologists.”

According to Watts, Karl Terzaghi was a civil engineer, geologist and professor. His wife, Ruth, was also a geologist. Together, they profoundly influenced the mode of thought of their contemporaries, consequently initiating new eras in geologic and engineering practices. Karl Terzaghi, known as the “father of soil mechanics,” devoted his career to establishing the modern discipline of soil mechanics and foundation engineering, enabling the design of safe foundations, earth dams and subsurface and earthwork construction.

Watts has been a faculty member in the Department of Geology since 1984. He was a recipient of the State Council of Higher Education for Virginia (SCHEV) Outstanding Faculty Award in 1998, and he was named a Geological Society of America/United States Geological Survey Congressional Science Fellow in 2001-02.  Watts was one of two Artis College of Science and Technology recipients of the Dalton Eminent Scholar Award at Radford University in 2018-19.