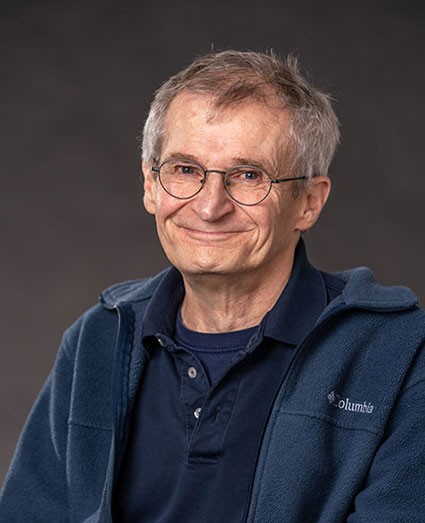 Mike Montgomery left his hotel, walked through the colorless, crumbled city and approached the nearest checkpoint. Passing through the wall dividing two vastly different worlds was a procedure he had navigated many times before during his prolonged stay in West Germany.

But on this morning, after spending hours the previous day in the East German city of Potsdam, combing through film reels and staring at a small black-and-white-monitors, he had an uncomfortable realization when he approached the guards.

The clerk at the hotel where Montgomery slept overnight forgot to give him the necessary exit ticket to pass through the Berlin Wall and leave the Communist-controlled eastern portion of the city.

“There were no Americans there, no Westerners, and I was thinking, ‘Oh shoot, this may not end well,’” recalled Montgomery, putting his hands to his head to demonstrate the tension he had felt. The uncertain moment stressed Montgomery because he knew the reputation other Berlin checkpoints had, such as the infamous Checkpoint Charlie, where “they sort of tried to intimidate you and be a little gruff,” he said.

The Berlin Wall had an intimidating presence, armed with barbed wire across the top and attack dogs along the ground. East German soldiers regularly patrolled the 27-mile-long barrier, ready to shoot anyone who tried to defect from East Berlin.

They gave Montgomery a quick glance, checked the research materials he had collected back at the East German Film Museum in Potsdam, “and then they just let me through,” he said, mimicking the sigh of relief he felt that day.

“I wouldn’t call it a hair-raising experience, I guess,” said the Radford University professor of history, sitting in his campus office nearly 40 years later, “but I was a little nervous.”

Montgomery was in Berlin in the early 1980s conducting research funded by a Fulbright scholarship. “I’m old enough that when I was over there, I was working in West Germany and East Germany when it was two different countries,” Montgomery explained with a smile.

There, he mingled among the populace on both sides of the wall – he even met his future wife, Gertrud, in Germany. He heard whispers that the wall and communism would crumble there in the next few years – it did, in 1989 – but his primary focus for the research was to “scope out the communist world,” he explained, by examining East German propaganda dating back to World War II through archived film and dusty print materials that took two weeks to access on the eastern side.

Montgomery’s interest in German Cold War-era propaganda stemmed from his general love of history and perhaps, too, from his parents, military veterans whose career choices may explain their son’s passion and appreciation for world events and the messaging they inspired.

After his military service, Montgomery’s father, Garth, “made propaganda for war bonds, Rosie the Riveter and things like that,” the professor explained, and later worked in advertising, writing jingles for Chiquita Banana, Ford, Proctor and Gamble and many other brands. He also once worked as a producer on the Ed Sullivan Show.

“I told you I had older parents,” he joked, segueing into an explanation of his mother’s involvement during World War II. She was a lieutenant in the U.S. Navy who worked at a command center in lower Manhattan, tracking down German U-boats off the coast from Massachusetts to Virginia, Montgomery said.

“This had a big impact on me,” said Montgomery. “I think all of the stuff I heard about as a kid, and everything I heard about World War II … I sort of got steeped in that. My curiosity drove me more and more into studying modern Germany, in particular, and the Nazis and how that [Nazi Germany and the Holocaust] could happen.”

“We found a home here,” said Montgomery, who grew up in and around New York City. “I applied for a position here and just hit it off with the people in the History Department.”

Soon thereafter, he was a hit with the students, too. “He is so fun, and they just love him,” said Sharon Roger Hepburn, Ph.D., professor of history and chair of the department.

For the past 28 years, Montgomery has been teaching and guiding Radford University students through freshman-level survey classes as well as upper-level courses in modern German history, modern European history and European intellectual history. He has shared his research, too, bringing many of his students along through his journey to investigate and evaluate the impact of political propaganda, and the political mobilization of historical education, by German educators and social scientists during the Nazi era.

His influence, inspired by his passion for history, whether fueled through classroom discussion or tense, heart-thumping moments at a Communist wall checkpoint, has led many of his students to follow his path into teaching and conducting their own historical research.

“I think I made a real difference in students’ lives,” said Montgomery, who is retiring this month and transitioning to faculty emeritus status. “Not to toot my own horn, but I think I really contributed to the breadth of information they had for history and that many of them would go on to teach in their own classrooms.”