Radford University’s College of Humanities and Behavioral Sciences (CHBS) has announced the winners of the annual alumni awards, which honor the achievements and legacies of impactful Highlanders.

“Each year the college’s Advisory Board solicits nominations for outstanding alumni who have had remarkable impacts upon their chosen fields and the communities they serve. This year’s honorees, Gale Waldron ’69 and Karl Altau ’83, certainly uphold that proud tradition,” said College of Humanities and Behavioral Sciences Dean Matthew J. Smith. 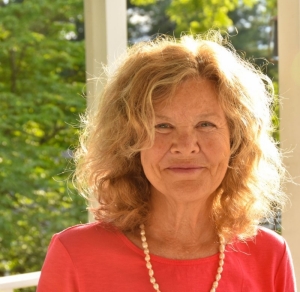 Waldron was a 1969 graduate of Radford College, where she earned a bachelor’s degree in English.

Upon graduating, she moved to Capitol Hill to work for former Representative Joseph Minish of New Jersey. Over the next decade, her career evolved into journalism, communications and marketing as she worked for numerous organizations in a variety of important positions.

It was Waldron’s passion for the arts where she had the greatest impact. Shortly after moving to Leesburg, Virginia, in 1985, Waldron began a career in the art world that spanned more than two decades. Her major in English and writing skills gained from Radford, coupled with her entrepreneurship, were instrumental in founding and launching a highly successful arts publication, “Loudoun Art,” in 1998. The publication was dedicated to the visual, literary and performing arts. The magazine was purchased in 2001 by Amendment 1, Inc. Waldron continued as editor and launched a new publication, “Loudoun Magazine,” in October of that year.

Among other significant accomplishments, Waldron was the executive director of Gallery 222, eventually nurturing it into a successful fine arts gallery in Leesburg. Additionally, she wrote about people and the arts for several local and regional publications, such as The Washington Post’s Loudoun edition and the Blue Ridge Leader.

As president of the Loudoun Arts Council, she used her marketing skills to revamp the organization’s branding and messaging to encompass a new member newsletter, logo and website. She also directed a number of designer showhouses that raised money and awareness for the council and boosted its membership significantly.

In recognition of Waldron’s great contribution to the arts, the Loudoun County Arts Council named its annual award and scholarship, given to a deserving high school senior, the “Gale Waldron Excellency in Art Award.”

Waldron was much loved and admired by many in Loudoun County’s art community and has been described as “enthusiastic, tireless, passionate, persistent, determined and a wonderful friend.” 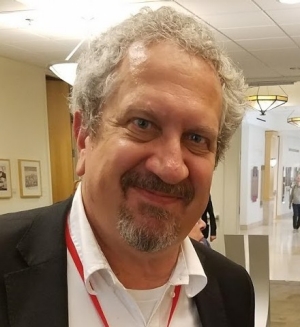 Altau graduated from Radford University in 1983 with a bachelor’s degree in journalism.

While at Radford, he was extremely active as a contributor to WVRU, both on-air and production. He was a writer for The Tartan, a member of the Society of Collegiate Journalists, a member of the men’s tennis team, first president of the Tennis Club, a member of several intramural teams and coach for a women’s intramural softball team.

For the past 23 years, Altau has been the managing director of the Joint Baltic American National Committee (JBANC), a lobbying group that promotes a close relationship between the United States and the three Baltic States: Latvia, Lithuania and Estonia. His work was instrumental in supporting the Baltic countries’ acceptance into NATO in 2004. In his role, Altau has taken on complex international issues, including supporting the accession of the Baltic countries as NATO members and the efforts to designate August 23 as Black Ribbon Day to commemorate victims of Soviet and Nazi crimes, among other contributions.

Altau has served on the boards of the Maryland-Estonia Exchange Council, which helps promote the Maryland Sister States Program and the Victims of Communism Memorial Foundation. He spent three years with the consular section of the Embassy of Estonia in Helsinki, Finland, from 1992-1999.

Altau has had a distinguished professional career for more than 23 years and has proven to be a leader who wields influence and advocacy internationally, promoting democracy and human rights in the world.

Both recipients are examples of the lasting impact Highlanders have on the world.

Nominations for next year’s alumni awards can be submitted at https://www.radford.edu/content/chbs/home/alumni/chbs-alumni-awards.html.