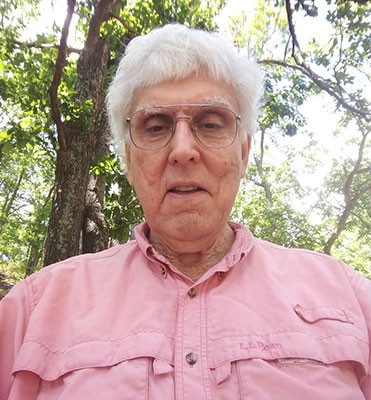 Want to go for a walk? Join the Club.

The last time you were on the trails – and the time before that – you likely noticed pieces of garbage scattered along the way.

Next time, pick it up. Keep picking up pieces and doing your part to clear litter from nature’s paths. Collect at least 500 pieces and you can join the club: The 500 Club.

Earlier this year, Radford University Professor of English Justin Askins, Ph.D., established The 500 Club as a way to unite a community of people willing to do their share to keep trails clean and preserve the Earth’s natural beauty.

Askins, the son of a New York City garbage man – it’s a touching story he relayed in a recent op-ed – has hiked solo in many national parks and forests, and numerous places throughout Canada and Alaska.

An environmental activist for decades, Askins started picking up litter 50 years ago when he found cigarette butts in the backcountry of the Canadian Rockies.

More recently, the idea of The 500 Club came to him when he was driving to a trail on a cloudy day.

“I couldn’t see the mountains and the amount of trash just seemed overwhelming; it still is,” said Askins, who hikes trails almost daily and stops only to collect litter and identify flowers.

To establish The 500 Club, Askins reached out to Radford University Sustainability Manager Josh Nease. Together, they created the club.

The concept is easy. When you are out on a trail, pick up litter. Once you have collected 500 pieces, email your name to Nease at jnease@radford.edu.

Along the way to 500, you can also send photos of yourself collecting litter along the trails and email those photos to Nease. The pictures may be featured on Radford University Sustainability social media sites, such as Twitter (@sustainable_RU) and Instagram (rusustainability).

“You get on the list by collecting 500 pieces of litter and if you repeat – 1,000, 1,500, the possibilities are endless – you get an R next to your name,” Askins explained. “Very informal. No leaders or prizes,” except for knowing you are doing your part to clean and protect the environment.

Askins, who specializes in essay writing, book reviewing and poetry came to Radford University in 1986 and has always kept the Earth at the center of his teachings. “I try to make my students more aware of their dependence on the Earth,” he said, “and the great joy and beauty the Earth affords.”