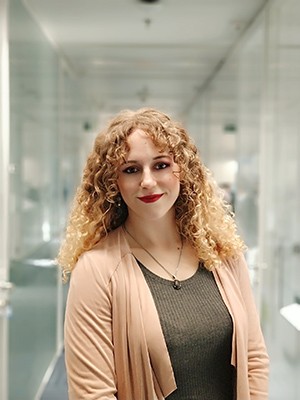 When in third grade, Faith Rising ’15 knew she wanted to teach Spanish when she grew up.

Her road, while slightly unconventional, led her to Radford University, where she majored in Foreign Languages and Literatures before achieving her lifelong goal.

Faith did not begin her academic journey at Radford University.

“One weekend, my friends and I decided to visit Radford’s campus out of the blue,” Faith said. “The moment I stepped on campus, I knew that I had made a huge mistake, and I was now where I was supposed to be. Radford just felt right.”

Faith knew herself well enough to know when she needed to make a change in where she pursued her degree.

After joining the Radford family, Faith experienced firsthand the dedication of the faculty and how closely they work with students to help them achieve their goals.

“I can specifically think of one professor that – and I know it sounds corny – changed my life: Blas Hernandez, Ph.D., in the Department of Foreign Languages and Literatures.”

While certain in her chosen field, having Hernandez as a professor further solidified her decision.

“His class confirmed that teaching a foreign language can be fun and exciting,” Faith said. “The class helped solidify what I wanted to do. Without his involvement, the study abroad program and the Spanish would not be the same. Without that program, I would not be living the life I am now. Because of Radford and specifically Blas, I am very thankful for the life that I have.” 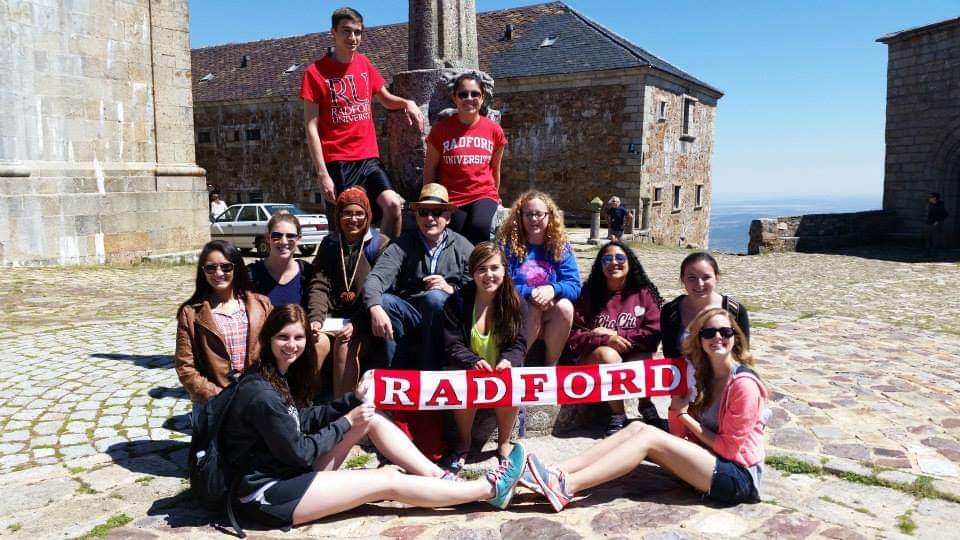 Faith pictured during her study abroad in Spain.

The journey to her life today changed course when she did a study abroad in Spain just a few days after graduating in May 2015.

“It was the best experience of my life,” Faith said. “I remember standing in Madrid and being completely overwhelmed looking at buildings and thinking, ‘this building is older than the United States as a country.’ I don't know how to describe it other than the fact that it completely blew my mind.”

The study abroad experience changed Faith in more ways than one. While in Salamanca, Spain, she met someone who impacted her life deeply.

After the six-week excursion, Faith returned to the United States and taught Spanish.

Carlos, who Faith met during her study abroad experience, came to the United States to visit her and as soon as her contract was up. Then, Faith sold everything and moved to Spain.

They are now getting married.

For Faith’s move to Spain, her Radford education prepared her for the challenges of permanently living in another country.

“My degree taught me not only the language, but also the culture,” Faith said. “When I showed up [in Spain], I wasn’t ignorant of their culture and knew their history.” 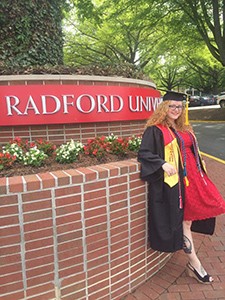 After arriving in Spain, Faith found it difficult to find a job, because of requirements for specific degrees.

“Once I achieved my legal status here, finding a job was hard because the employers all said that I only have a foreign language degree. I said, ‘Yes, but I have the experience, and I have transferable skills,’” Faith said. “I was lucky, and I found a job even though it was difficult.”

Faith currently works at Deloitte España, where she was brought on as a member of the English support team. An opportunity arose, and Faith was placed onto a software asset management project.

“I jumped headfirst into that world, and I’m still working on this project,” Faith said. “We had an event the other day where I had to discuss what I'm doing for this project to try to sell the service that I'm providing. The look on people's faces when they realized that somebody with a foreign language degree could do the same job as somebody with an IT degree was priceless.”

Faith still finds a way to be connected to her Radford family. On her recent visit to Radford, she attended Homecoming Weekend and was able to see the campus – including the College of Humanities and Behavioral Sciences Building that opened after she graduated – and reconnect with professors.

“I was able to stop by and see Blas and talk to him for a while,” Faith said. “It was great being able to see him again and catch up on what the [Department of Foreign Languages and Literatures] is doing now.”

Having lived in Spain for a few years, Faith realized that she uses Spanish far more frequently than English.

Because of her firsthand knowledge of Spain and its culture, Faith is the Highlander point-of-contact for anyone visiting Spain, a role she is excited to play.

Faith proved that a Radford education provides the ability to process information of all types and become a lifelong learner, regardless of international boundaries. Through her work, Faith has experienced success on campus and beyond, while using her Radford education to achieve her lifelong goal.