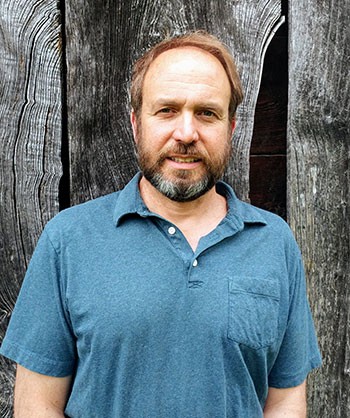 Professor of English Rick Van Noy’s book “Sudden Spring: Stories of Adaptation in Climate-Changed South” is among the Best Environmental Books in Nonfiction according to a recent list compiled by BookRiot.com.

Professor of English Rick Van Noy’s book “Sudden Spring: Stories of Adaptation in Climate-Changed South” is among the Best Environmental Books in Nonfiction according to a recent list compiled by BookRiot.com.

In announcing its list, Book Riot, an independent editorial site, says the books it chose “will inspire readers to make a change and save the planet.” It describes Van Noy as a “concerned citizen,” who wants to understand the effects of climate change. Van Noy says he is “honored to be among writers I admire and teach in my classes, such as Bill McKibben and Ed Abbey.”

In “Sudden Spring,” Van Noy highlights stories of places and people “adapting to the impacts of a warmer climate,” and informs readers what communities in the South are doing “to become more climate resilient and to survive the slow deluge of environmental challenges.”

“Sudden Spring” is published by the University of Georgia Press and can be purchased at the Radford University Bookstore. In August 2019, Van Noy spoke to the With Good Reason public radio program about writing the book. The full interview can be heard on the program’s website.

“Sudden Spring” is Van Noy’s third book. He authored “A Natural Sense of Wonder: Connecting Kids with Nature through the Seasons” in 2008 and “Surveying the Interior: Literary Cartographers and the Sense of Place” in 2003.

At Radford University in the College of Humanities and Behavorial Sciences, Van Noy teaches American and environmental literature, creative nonfiction and professional writing in the Department of English.

Van Noy’s work exemplifies Radford University’s commitment to scholarly participation in research and leadership activities within and beyond the classroom.