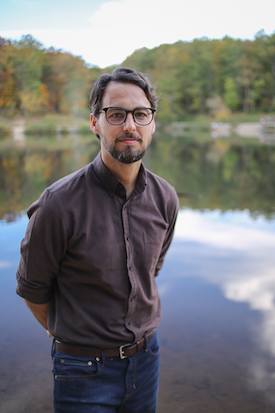 You may have seen him on TV or heard him on NPR and other radio shows. Associate Professor of Criminal Justice Luke William Hunt, J.D., Ph.D., has served as a legal analyst for a variety of media outlets on a variety of topics, including the investigation into Russian interference in the 2016 Presidential Election.

But his path to Radford was far from typical, with stops as a law clerk for a federal judge, an FBI special agent and now associate professor.

Hunt’s journey started in high school when he attended Governor’s School in Arkansas. During the six-week program at Hendrix College, he began thinking about potential career paths. He wanted a career that was “exciting and included diverse experiences, both intellectual and physical.” Hunt also wanted to be a public servant and an FBI agent seemed to check all the right boxes.

“I began researching different ways to become an agent, and law school seemed like the best route in my case,” Hunt said. “Law is closely tied to philosophy – my undergraduate major – and having a law degree was a nice fallback if I didn't get into the FBI. It’s probably somewhat unusual to go to law school for the sole purpose of becoming an FBI agent, but that was my plan.”

After completing law school at the University of Tennessee, Hunt clerked for Judge James Jones, a U.S. District Court Judge who now serves on the United States Foreign Intelligence Surveillance Court, commonly referred to as the FISA court. As one of Judge Jones’s two law clerks, Hunt conducted legal research and drafted legal opinions for cases on the judge’s docket.

“Helping research and adjudicate federal cases was a fantastic opportunity,” Hunt said. “Judge Jones is a wonderful teacher, and I couldn’t have had a better example of what it means to be a civil servant – someone who’s interested in the pursuit of justice based upon reason and objectivity.”

Serving as a law clerk allowed Hunt to view justice from the neutral perspective of the judiciary.

“Law enforcement officers naturally view cases from the perspective of the prosecution, given an officer’s responsibility of investigating crimes and gathering evidence against criminal subjects,” Hunt said. “When I was a law clerk, I was able to view criminal justice more broadly, including how the criminal justice system impacts defendants and their families. I carried that perspective with me to the FBI.” 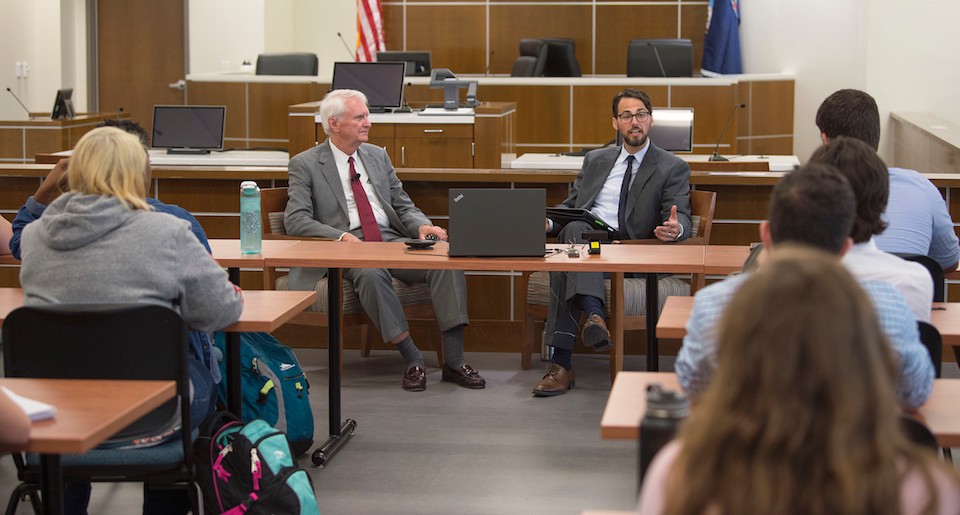 After completing his training at Quantico, Hunt was assigned as an FBI special agent in the Richmond Division. He worked out of the Charlottesville Resident Agency, where only five agents were stationed when he arrived.

“I had to learn quickly because you have limited personnel and resources in a small satellite office,” Hunt said. “Two senior agents in the office became mentors and good friends. They showed me the ropes, and I would have made a lot more mistakes without them.”

“I investigated little bit of everything as a new agent in Charlottesville, from bank robberies, gangs and drugs, to white collar crimes and crimes against children,” Hunt said. “The idea was to give new agents broad-based experience, so I was sent out on pretty much everything that came through the door.” 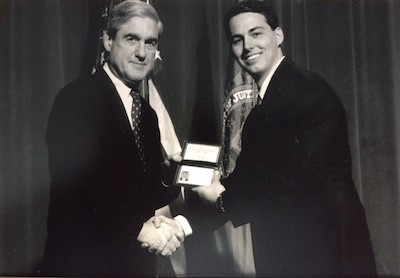 After three years in the Charlottesville Resident Agency, Hunt became subject to the FBI’s rotation policy and was transferred to the Washington Field Office (WFO). Hunt was placed on a squad that investigated violations of the Foreign Corrupt Practices Act (FCPA), which means that Hunt assisted the Department of Justice with investigations of U.S.-based businesses and individuals who bribed foreign government officials for business contracts.

After a couple of years, Hunt left the WFO and took a supervisory position at FBI Headquarters in Washington, D.C., working in the FBI’s national security branch. Robert Mueller was the FBI Director at the time, and Hunt had the opportunity to see him lead the agency firsthand.

“I helped manage some national security policies, but I was just a fly on the wall in meetings with Director Mueller. It was a privilege to observe such a dedicated public servant in action,” Hunt said.  Director Mueller also gave me my FBI credentials when I graduated from Quantico.  Mueller had attended the University of Virginia Law School in Charlottesville, and he joked that my first duty assignment sounded pretty good.”

After seven years, Hunt decided that his time as a civil servant had run its course. His decision to leave the FBI surprised many, but he considered it a logical next step for a variety of reasons.

“I felt like I did my time as a civil servant and was ready to move on to new experiences. Also, I didn’t have a lot of control over my life in the Bureau, and I missed having autonomy,” Hunt said. “I was still deeply interested in philosophical questions about society and justice, which I first explored in college, law school and as a federal law clerk. I needed to leave the FBI to continue exploring those questions seriously.” 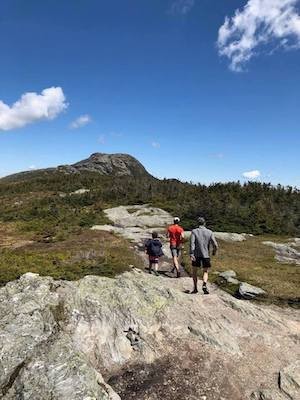 Hunt decided to leave the FBI after receiving a doctoral fellowship from the University of Virginia, where his research focused on legal and philosophical questions related to policing.  After receiving his doctorate in philosophy from the University of Virginia, Hunt joined the Radford family in fall 2016, bringing a wealth of practical experience with him.

Inside the classroom, Hunt is known for presenting all sides of an argument, leaving students to consider whether a course of action is justified based upon principled analysis.

“It’s very important to me that I don’t display personal bias because my personal opinion is largely irrelevant when it comes to philosophical questions about criminal justice,” Hunt said. “I tell my students that I’m not interested merely in what they think is right or wrong. I’m interested in their providing valid arguments about what’s right or wrong supported by reason.

“It’s pretty easy to simply state an opinion, cite a statistic, or repeat what your parents taught you,” Hunt continued. “I want students to provide serious arguments based upon logic.  That may sound obvious, but it’s increasingly overlooked in the age of social media and 24-hour news.”

In fall 2018, Oxford University Press published Hunt’s book, “The Retrieval of Liberalism in Policing,” which examines the extent to which contemporary law enforcement practices are consistent with the basic tenets of the liberal tradition.

Many of the philosophical questions in “The Retrieval of Liberalism in Policing” were sparked in Hunt when he was an FBI agent. The book specifically examines the police’s use of informants, use of sanctioned law-breaking (or “otherwise illegal activity”) and use of surveillance.

“Liberalism is a political philosophy based upon liberty and equality that developed during the Age of Enlightenment and was made famous by people such as John Locke," Hunt said. “I think the basic tenets of this tradition – such as the rule of law – are perhaps more relevant today than ever.”

Outside of the classroom, Hunt is an avid trail runner and ultra-distance race participant – sometimes in events over 100 kilometers.

“My favorite local trail is an unmarked one known as “Beauty” in the Jefferson National Forest, to which I can run from the front door of my house. I know it’s a cliché, but trail running is just a great opportunity for solitude in the mountains. I mostly zone out, but sometimes I’ll develop research ideas while out I’m out there,” Hunt said. “The trick is getting them down on paper before I forget them.”

Whether inside the classroom, in a TV studio, or out on a trail, Hunt exemplifies what it means to be a member of the Radford family through his dedication to the community, to his students, and to society as a whole. Hunt’s professional career and inspiring journey is a true representation of his ability to be responsive, resilient and real, the unifying characteristics of being a Highlander.