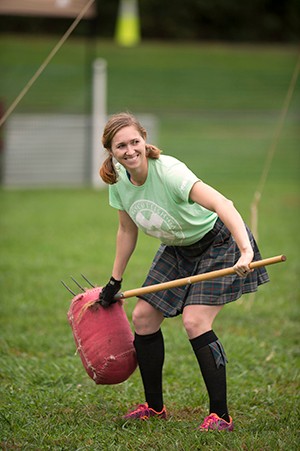 An athlete competes at the 2016 Raisbeck Memorial Games.

At the 23rd annual Radford Highlanders Festival on October 12, 2019, world-class athletes will descend upon Radford University’s campus to compete in the Raisbeck Memorial Games.

The Highland Games have historical roots with Irish origins reaching back to around 2000 BCE, pre-dating the Olympic Games. Modern-day events pay homage to the history through the intense and exhilarating competitions.

For Chad Clark, the athletic director of the Raisbeck Memorial Games at the Radford Highlanders Festival, the history of the games drives him, and everyone else, who contributes to the lasting success of the Raisbeck Games.

The Radford Highlanders Festival is a special event for Clark, as it was the first Highland Games event in which he competed as an athlete.

“I remember getting ready to throw the caber and thinking, ‘Wow, man.’ Everywhere you looked people were three and four rows deep on the sidelines to watch you on the athletic field,” Clark said. “As an athlete, when you have that type of crowd, you can really feel the energy and electricity, and you feed off it. To this day, the Radford Highlanders Festival is one of the coolest fields I’ve ever experienced, because it was a large crowd cheering for us.”

Divisions for the event will be in the following categories: women’s open division, men’s masters, men’s A division and men’s B division.

To compete at these challenging events, athletes must train and practice year-round, enduring grueling workouts and training sessions. Athletes competing in the Highland Games primarily strength train and almost all athletes do presses, squats and other types of dead lift variations.

“They put in thousands of hours of practice to get really good at their sport,” said Clark. “These athletes are lifting two or three days a week and practice an event two or three more times each week as well.” 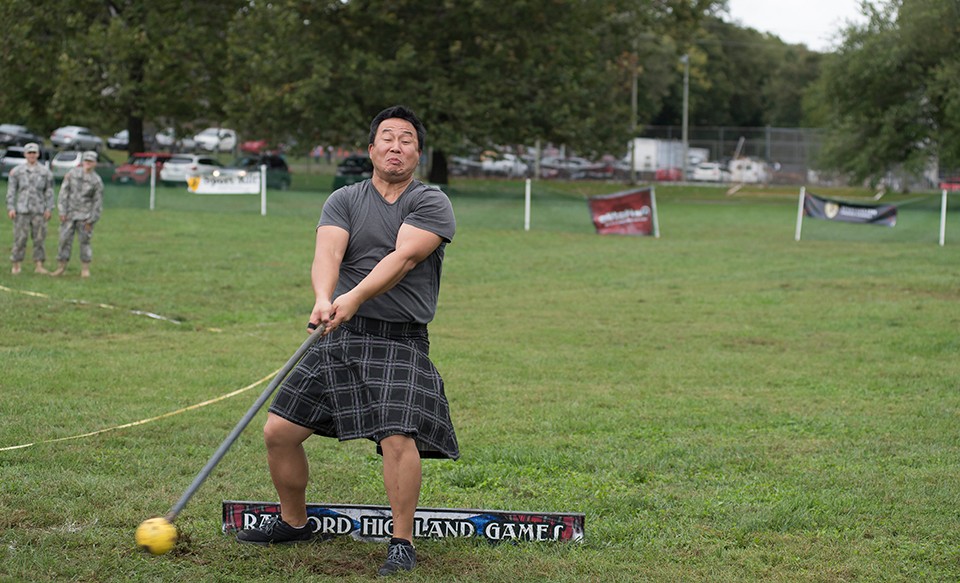 An athlete competes at the 2016 Raisbeck Memorial Games.

The dedication required to compete in Highland Games events is relatively unknown to spectators, Clark said.

“It is such a skill sport with amazing athletes, because you have to be so strong, but then you also have to be explosive,” Clark said. “There is a great amount of athleticism required. Athletes must be dedicated to compete at a lot of events.”

Another important aspect to proper training is nutrition for the athletes. The competitors must take in enough protein, while also being careful to take days off for recovery.

“It’s not just a sport; it’s also a lifestyle. It’s being dedicated to your craft,” Clark said.

The dedication and preparation of the athletes competing in the games will make for unforgettable entertainment for guests at the Radford Highlanders Festival.