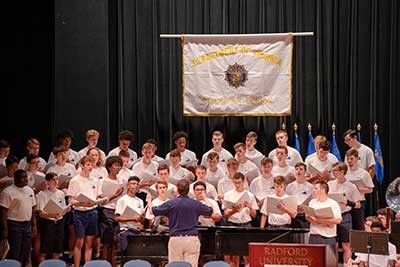 Radford University welcomed more than 760 young men from across the Commonwealth to campus on June 16 for the 77th session of The American Legion Boys State of Virginia.

Boys State is a weeklong leadership program offered to rising high school seniors. The young men are selected to participate based on academic achievement, leadership ability, civic engagement and citizenship and are sponsored by different American Legion Posts.

Throughout the week, participants will learn about the political process through a simulation of Virginia government. They will participate in mock legislative sessions and elections, court proceedings and other hands-on activities based on their respective interests, such as band, chorus, athletics or journalism. They will also engage with top leaders in local and state government, including judges, elected representatives and law enforcement officials.

Boys State 2019 commenced on the evening of June 16 as the energetic group of young men and staff marched across Heth Lawn to Bondurant Auditorium, where they were welcomed to campus by Radford University President Brian O. Hemphill, Ph.D.

“The American Legion Boys State is a respected educational program, and many of our country’s leaders participated in Boys State. The program teaches the value of civic duty, as well as public service,” President Hemphill said. “You will have the opportunity to focus on your individual interests, build friendships that will truly last a lifetime and meet many of Virginia’s government leaders, as well as business leaders. I say to each of you, with The American Legion’s leadership and Radford University’s support this year, you are the next generation that will ignite the dynamic passion that will propel our great country to new heights.”

The ceremony’s keynote speaker was retired Navy Rear Adm. William Cobb, who has addressed Boys State participants at Radford University for many years. As a former Boys State participant himself, he had a wealth of advice to share with the young men, calling each of them “the leaders of tomorrow.”

“When you go back to your schools, be leaders of character, honor and decency,” Cobb said. “Treat everyone as you would like to be treated. Your peers are going to be looking up to you – it’s an honor to go to Girls State and Boys State. Stand up for something. Stand up for this flag. Stand up for your country. You don’t have to make a big speech, but what you have to do is live your life honorably and honestly. If you do those things, you will have done all that you need to do to strengthen your generation, which I have no doubt that you will do.” 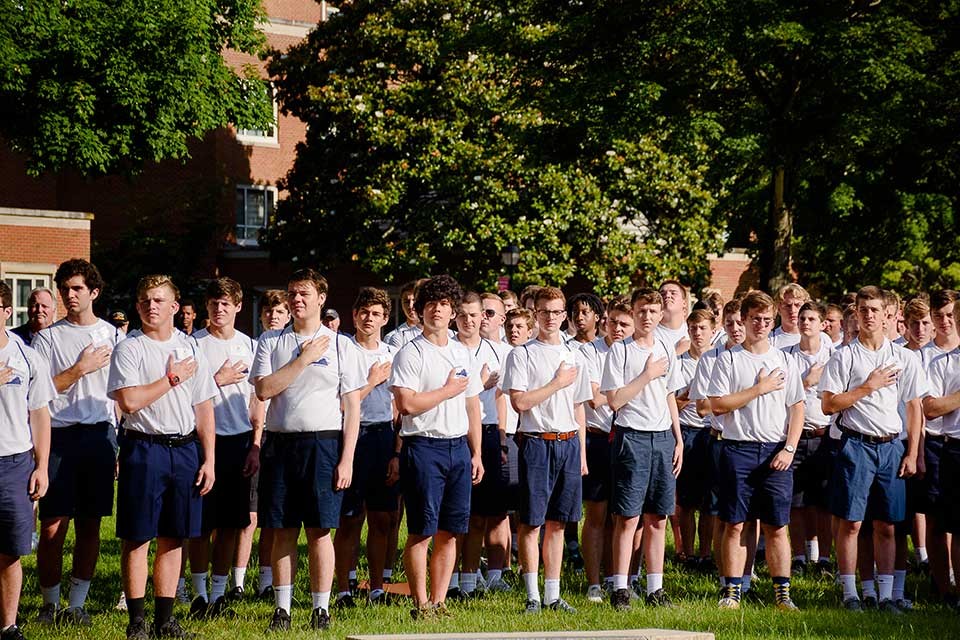 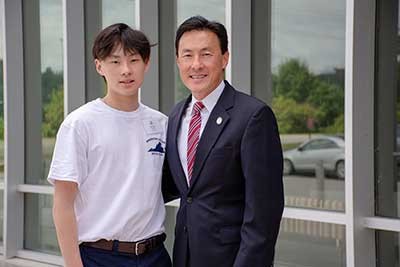 The following day, many of the Boys State participants heard from Del. Mark Keam during a special presentation in the Center for the Sciences. In 2009, Keam became the first Asian-born immigrant and the first Korean American elected to any state-level office in Virginia. Keam’s legislative district is entirely within Fairfax County and includes 85,000 residents.

“I was exposed to the program about a decade ago when I was beginning my political career, but I never really thought about it as a program for my own child,” Del. Keam explained. “When I found out that Tyler was eligible to participate, I encouraged him to – and I would encourage all young men to -because it is one of the best leadership programs out there. At Boys State, they tie leadership directly with the idea of promoting and upholding democracy and the spirit of self-governance. There is no other program that offers that - and that is why I fully and whole-heartedly support Boys State, The American Legion and my son’s decision to participate.”

Although only on day two of Boys State, Tyler Keam said he was already enjoying the experience.

“Admiral Cobb’s speech was really inspiring, and he gave us a lot of insight and advice,” Tyler Keam said. “He not only spoke to us, but he gave us a chance to ask questions, which really connected us as a group. It was an honor to hear from someone so experienced.”

“When Tyler was very little, we discovered that there was an area near Radford University’s campus where Tyler and Jefferson streets intersected,” Del. Keam said. “We did some research and could not find any other ‘Tyler’ and ‘Jefferson’ streets that did that in the entire United States. So, we visited Radford and took a photo of him in front of the signs. I have visited campus several times since, including for President Hemphill’s inauguration, and enjoyed my time here.”

The 2019 Boys State session will end on June 22 with a special award and recognition program in Bondurant Auditorium.