A desire to serve: Thomas Armel follows in his parents’ footsteps 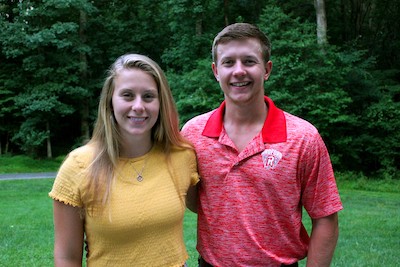 Thomas Armel has known what he wants to be since he was 7 years old: a police officer.

There was never a question of where Thomas, of Culpeper, Virginia, would attend college or what his career path would be. His father, Tyler Armel, attended Radford University from 1983-1987 as a criminal justice major himself and has built a career in law enforcement spanning 31 years.

Thomas is certainly following the family career path. His father was a Fairfax County Police Officer; his mother, Vicky, was also a Fairfax County Police Officer; his step-mother, Marsha, works for the FBI; and his grandfather was a Bureau of Alcohol, Tobacco and Firearms (now referred to as the Bureau of Alcohol, Tobacco, Firearms and Explosives) agent. But Thomas’ true inspiration came from his mother, Vicky.

On May 8, 2006, Thomas’ mother, Vicky, was killed in the line of duty, as she responded to a carjacking call. It was then that Thomas knew that he was going to be a police officer.

“At that moment, I knew what I was going to do,” Thomas said. “I had my life laid out in front of me. I was going to go to Radford, where my dad went, and the day I graduate, I am going to attend the police academy in Fairfax County, just like my parents did.”

Thomas’ father, currently a detective with the Culpeper County Sheriff's Office, retired from the Fairfax County Police Department in 2008 in order to be closer to home and to focus on the family.

To commemorate their tight family bond, Tyler created a visual symbol that tied in their love of the outdoors.

“I altered the Appalachian Trail logo to represent ‘Team Armel’ when Thomas was 7, right after his Mom died in the line of duty,” Tyler said. “I wanted something to visually represent our family bond to Thomas and his younger sister, Masen. We even had a hand sign we would flash occasionally, something between just us.”

Thomas said that the family drew the logo on everything they could.

It was then that Thomas knew he was going to become a police officer. When Thomas enrolled at Radford University, he was greeted with a familiar face – that of Criminal Justice Professor Jack Call.

Dr. Call taught Tyler when he was a student – and now teaches Thomas.

“When the son or daughter of one of our alums, who wants to follow in the footsteps of a parent, chooses to come back here, it is the strongest evidence we can hope for that the alum had a very positive experience here,” Dr. Call said. “What gives Thomas’ case special meaning for me is that his father, Tyler, was one of the first students I taught at Radford. I was still trying to find my footing as a teacher.”

Dr. Call is also Thomas’ advisor. “It gives me the opportunity to spend some quality, personal time with a fine young man who, I am confident, is going to make his mark in criminal justice one day,” he said. 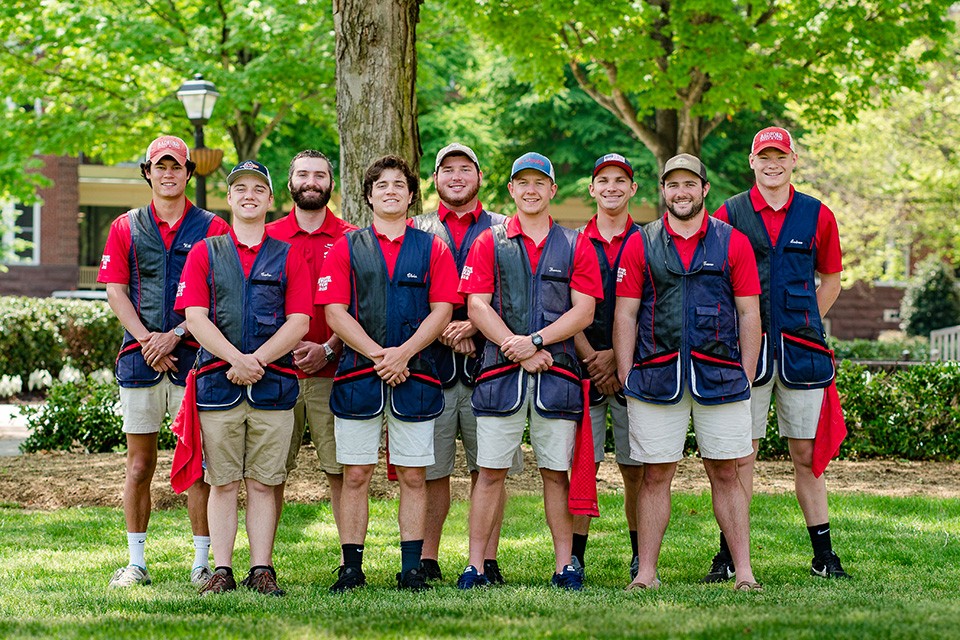 Thomas Armel (front, second from right) pictured with the Skeet and Trap Club.

“After that, it brought us together as a family, me, my sister and my father,” Thomas said. “I know if I had to deal with something like that, I hope I could deal with it as well as my father did. He brought us together and told us that we were a team now. As a kid, I think that being so young, you react how everyone else reacts.”

Thomas said that day is always in the back of his mind.

“I don’t want to say that it has made me a stronger person, but it made me feel like I need to grow up faster. It matured me,” Thomas said. “It’s something I’m always thinking about before I make a decision. ‘Is this going to affect me later in life?’”

In the coming years, Team Armel grew. Tyler met his wife, Marsha, who took on the important role and responsibilities of being a mother and becoming a cohesive part of Team Armel.

“Marsha immediately adopted Thomas and Masen after we married,” Tyler said. “She is squarely focused on their well-being and even taught Thomas how to cook. He occasionally calls Marsha for recipes now that he’s away from home.”

“I’ve loved and supported them in everything they do," Marsha said.

Marsha said she is excited for Thomas’ desire to have a career in law enforcement. “I'm excited and scared for him at the same time,” she said. “But I know that’s what he has always wanted to do.

I had my life laid out in front of me. I was going to go to Radford, where my dad went, and the day I graduate, I am going to attend the police academy in Fairfax County, just like [my parents] did.

Tyler said that he is delighted with Thomas’ dedication to service and to the community.

“I’m thrilled to know Thomas is following in our family’s footsteps,” Tyler said. “It’s made even better knowing he chose to attend Radford University because I really enjoyed my four years there. I never intentionally steered him toward Radford or law enforcement, but perhaps I told one too many stories.”

Thomas has taken his resiliency with him to Radford, as he continues to pursue his passions and his dream.

Radford University was the only college to which Thomas applied. Now that he is here, he has found a true sense of belonging and a second family.

Thomas quickly became involved with the Skeet and Trap Club.

“It’s been life-changing,” Thomas emphasized. “I’ve been talking to friends and teammates as well and I don’t know how my college experience would have gone had it not been for this team. The friend group I’ve made has been huge. I’m living with them, hanging out with them every day. The team is getting really big and we’re getting national recognition.”

In the classroom, Thomas has also enjoyed meaningful and close-knit connections. “I still can’t believe that after a week, the professor already knows the students’ names and is taking roll without calling out names,” he said. “I’ve also met a lot of professors I feel like I’ve become friends with here."  The professor-student relationship is important to Thomas – and it’s something that he thinks has helped him academically.

“It makes things more personal and if you have questions, you’re more comfortable talking to somebody that knows you and you’re not just a name on a list,” Thomas continued. “It pushes you to do better.”

But one of the most relatable things is Thomas’ relationship with his sister. Since attending college, like many siblings, Thomas has grown closer to his sister. “I know I’ve matured more,” Thomas said.

The brother-sister relationship means just as much to Masen. “We’ve been through a lot together,” she said. “He’s always there to congratulate me on my accomplishments and make me feel good about myself, and he’s there to give me an ego check when I get a little too sassy.”

Thomas has even influenced his sister’s career path, who was inspired by Thomas’ choice to have a career in public service.

“The majority of our family is involved with police, fire or education, so public service definitely runs in the genes, I plan on majoring in psychology and going on to help children who have lost parents in the line of duty,” Masen said.

As Thomas followed the footsteps of his family, he was led to Radford University. Here, he has found an academic environment, engaged community and group of people who are eager to support him as he makes his life-long dreams a reality. Thomas is now part of the responsive, resilient and real Highlander family.