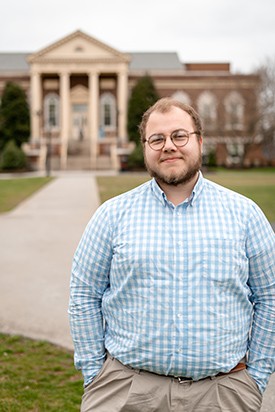 As the last son of the last son in his family, Joseph Shaver '19 wanted to improve upon the opportunities available to his father and grandfather.

As he was finishing high school, Joseph was unsure of his career path; he could go into the military or manufacturing – or become a truck driver like his father. But he felt the expectation that he needed to do more – that his parents had worked hard to give him these opportunities.

Joseph wanted to do something that no one is family had done before. He wanted to attend college.

The process was challenging for Joseph.

“It was a shot in the dark, a leap of faith,” he said. “I didn’t see why these people should give me the time of day. I did farm work as a kid.

“The response that I got wasn’t that I had no idea what I was doing,” Joseph said. “The response – especially from Radford – was a ‘we’ve got you.’”

Something that has stood out to Joseph was one of his first visits to Radford’s campus as part of the Highlander Days event series.  These events are a time where prospective students come to campus to learn about life at Radford University. With his experiences growing up on a farm in Pulaski, Joseph thought that college would be extremely serious and focused.

“I was walking with my mom outside of one of the buildings, and it started to rain,” Joseph said. “A lady walked up to us and held her umbrella over us. I thought she was a nice person. We started talking, and it was Dr. I-Ping Fu. She said I should consider taking Chinese. I didn’t know that a professor could just walk up and start talking to you like that. It was one of those first interactions that made me think these are people, and they treat me like a person.”

That interaction had a profound impact: Joseph decided to take Chinese and has continued to do so for three years.

“That level of kindness is already a part of the culture at Radford that it doesn’t stand out as an amazingly wonderful thing – it is just a part of life here,” Joseph said. “It makes the experience of studying under someone like that and being here different – in a great way.”

What stood out to Joseph most about that encounter, though, was that after Dr. Fu walked Joseph and his mom back to the parking lot, she turned around and went back in the direction from which they had come – her stroll to the parking lot was about service to others-before-self and being student-centered, even in everyday moments.

As part of a University 100 course during his freshman year, Joseph was tasked with interviewing a professor in his major of psychology. He ended up speaking with Jeff Aspelmeier, chair of the Department of Psychology. 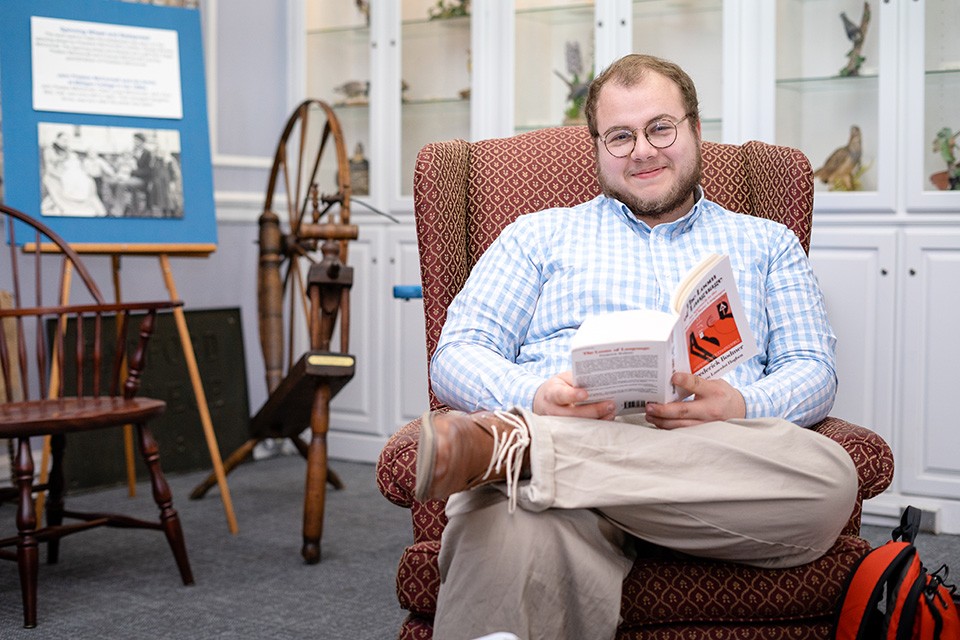 Not knowing what to expect, Joseph walked into Dr. Aspelmeier’s office expecting to have information thrown at him.

Joseph said nothing could be further from the truth.

“I walked into his office, and I see the back of his pony-tail. He’s standing there with cardboard boxes stacked on his desk, [working] on his laptop. I thought, ‘this was so not what I expected.’ It was so much better,” Joseph said.

Joseph asked Dr. Aspelmeier what it would take to succeed at Radford. The response has driven Joseph ever since.

“He looked me dead in the eye and said, ‘you just have to care,’” Joseph said, while laughing and smiling. “That you just need to care…that was huge for me. This man here, he’s the head of psychology at a university and that’s the golden rule”.

“I’ve ended up working on research related to psychology and Chinese at the same time. It’s the weirdest academic mix that most people have ever heard of. But because I care about both of those subjects, the professors said ‘let’s do it.’”

Joseph’s Radford experience has been one marked with some exciting high-points, but also some difficult low-points. Joseph has had to be an overcomer.

During the winter break of the 2016-2017 semester, Joseph studied at National Taiwan Normal University through a scholarship funded by the Taiwanese government. Upon returning from this transformative educational experience, due to a variety of personal and family circumstances, Joseph found himself homeless.

Overwhelmed by these unexpected and challenging circumstances, Joseph turned to now-Vice President for Student Affairs Susan Trageser for help. He went to her office after hearing that if anyone knew what to do, it was her. Joseph was directed to a fund that helped him purchase food and was told of a local community group that had a house in which he could stay.

“They said if I needed to be there, I was welcome.” 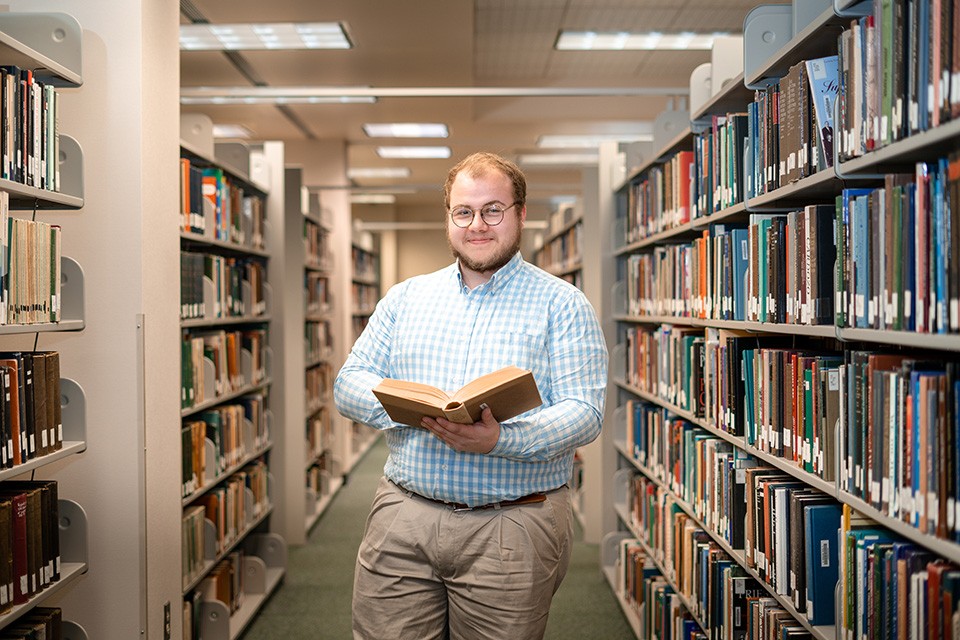 Through that experience, Joseph was connected to other resources that helped him overcome the adversity he found himself facing. “It led to me finding an apartment. I started doing better at classes and making up for the shortfalls I had during that time.”

Before he was told to leave the family home, Joseph said he was "living the high life."

“I came back, went homeless, started to rebuild and went back to China as a Kirk Scholar in 2017,” he said. While it has not always been easy and there have been trying circumstances, Joseph chooses to see positivity in his experiences.  “It has a bit of a happy ending. All it takes is to care and be honest.”

Through his challenging time, Joseph sought strength through the faith-based community he joined and as part of the Radford family.

Joseph credits his ability to overcome hard times, in part, to the inclusive and welcoming community that exists on the Radford campus. “It’s a genuine kind of diversity. Everyone is welcome. I was able to find my identity and grow in that around other people who did not hold similar beliefs. We grew together and that was beautiful.”

In other words, Radford is real.

Following Joseph’s graduation in May, he traveled to Iraq to teach English to refugees at the technical school run by Preemptive Love Coalition in the Iraqi city Sulaymaniyah. Depending on how things go there, Joseph will either stay in Iraq or teach in English at a university in China.

“Little by little, you find new things in which you are interested,” Joseph said. “Here I am about to teach English overseas and it is in no small part because of the support and the crazy, awesome coincidences of being here. It’s a community that genuinely cares.”

And that’s why Joseph is succeeding – because he genuinely cares about himself and those around him.