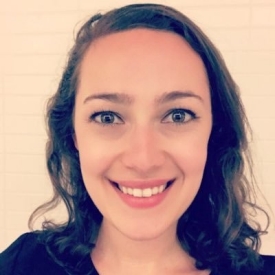 Arielle Retting ’12 always knew she wanted to be a copy editor. Through ample opportunities while a student at Radford University, she made her dream a reality.

Retting has had a dynamic and exciting career, with stops at organizations including The Washington Post, The Guardian and WIRED, before her current job as a copy editor at NPR. Before she landed each of these gigs, she got the experience she needed at Radford University.

As a student, Retting took full advantage of the opportunities available to her and participated heavily in student media at the Tartan and WHIM Internet Magazine.

“Halfway through my sophomore year, I became editor-in-chief of WHIM,” Retting said. “I just went for it, and I got it. It was really hard, but the cool thing at the time with being a cutting-edge magazine, it was open to interpretation. It was helpful to have something that didn’t have a lot of legacy behind it.”

Since Retting and the other student leadership at WHIM were starting out their collegiate careers, they were able to establish a production process, timely deadlines and a structure that previously wasn’t there.

Retting further expanded her professional profile when she interned for — and subsequently worked at — The Roanoke Times her senior year.

“I was reporting on deadline,” Retting said. “It was different reporting on actual deadlines than deadlines for class. In class, you have more leniency. Your editor is going to be a lot angrier than your teacher will be [if you miss a deadline]. The pressure is different. You have less time and a lot more readers.”

Retting said one of the most important things she learned at Radford University was media literacy. “Not everyone knows how to read the right sources,” she said. “It is very important if you’re going to write about what is going on, especially in this climate, to be able to know how to get multiple sources, to know the right places to look and to know the right questions to ask.”

Another important part of Radford University are the relationships between the faculty and the students, one of the cornerstones of the University. For Retting, one of the faculty members that deeply influenced her was Instructor Joe Staniunas in the School of Communication. Staniunas, an experienced television and radio news professional who most recently served as an assignment editor for CBS affiliate WDBJ-7, helped Retting through her time in the journalism program. "I wouldn’t be [where I am today] if it wasn’t for him," Retting said.

“It was a really good opportunity for me,” Retting said. “I was really fortunate that they had a program like that. I don’t think I was ready to be a full copy editor yet. I was a news assistant on a one-year contract where I was assisting the copy desk. I put together photo galleries, put together captions, things like that. I was making sure that edits weren’t missed. I started doing more stuff on the website since I was younger.” 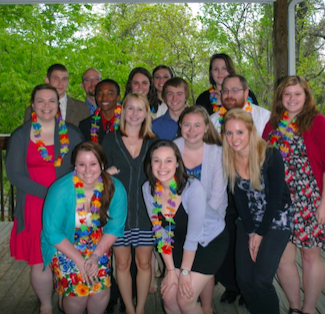 That was just the beginning of Retting’s exciting career. Eventually, Retting moved to a full-time copy editor on the 7 a.m. shift, editing content created from an overnight team at The Washington Post.

Some of her achievements at The Washington Post included copy editing the stories that helped launch The Marshall Project and portions of a series on fatal use of force that won a Pulitzer Prize.

After four years at The Post, Retting moved out west to San Francisco, California, to work for a new bureau for The Guardian. As the first copy editor at that bureau, Retting helped establish their production process.

While Retting was out west, the Golden State Warriors were in the midst of their historic, record-setting 2015-16 season, when they finished with a 73-9 record.

“I kept telling my bosses how good the Warriors were, and since most of them were British – they didn’t really care about basketball,” Retting said. “I kept telling them how good they were and how they were on track to break the regular season wins record [set by the Chicago Bulls in 1995-96]. Every month I’d update them on their season.”

Eventually, the historic nature of the achievment caught the eyes of her bosses. Since she was the first to float the idea, she was sent out to cover the event. Retting had never done sports journalism before and hadn’t written since she interned at The Roanoke Times, back when she was an undergraduate at Radford University.

“But the deadlines were familiar,” Retting joked.

Shortly after that, Retting made the jump to WIRED Magazine, where she worked for a little more than a year before returning back home to Washington, D.C., to work for NPR.

With the upcoming Presidential Election, Retting said that it is more important than ever that the information being shared is accurate and factual. “I really wanted to be back in a place that’s covering politics regularly and aggressively,” she said.

At NPR, half of Retting’s job is being a copy editor, and the other half is working on a visual newscast for which NPR recently won a people’s choice Webby. The visual newscast takes top-of-the-hour news and turns it into a video that is easily accessible by many in-home video products.

As far as her job editing, Retting said that “people read maybe 16% of a story.”

“On mobile, you get maybe two thumb scrolls,” she said. “I hate that people don’t have attention spans anymore, but we’re all just so busy, and there’s so much information, so it is important to be able to get things right and fair in a short space. A big part of that is headline writing and social sharing.”

At NPR, Retting sits about 10 feet away from Dave Mattingly ’86, a Radford alumnus who has worked at NPR for more than 20 years.

“When I went to Radford, Dave Mattingly was a celebrity,” Retting said. “Everyone said if you work really hard, maybe you can be Dave Mattingly. Now I sit near him. That’s pretty cool.”

Through her education at Radford University and a successful career in the news industry, Retting is one of many Highlanders around the world making a global impact.