Board of Visitors hear from University representatives on major achievements, milestones

The Radford University Board of Visitors (BOV) met on campus from December 5-6, 2019, for a series of meetings during which board members received reports from more than a dozen University representatives, including administrators, faculty, staff and students.

The BOV approved several action items that will significantly and positively impact the future of the University’s landscape.

Radford University President Brian O. Hemphill, Ph.D. addressed board members and highlighted a number of major achievements of Radford University and the Radford family. Chief among those was the announcement of $17.3 million in funding to the University to produce additional graduates in response to Amazon HQ2. The funds will be received over the next 20 years to produce nearly 400 additional graduates beyond current degree production.

President Hemphill announced the 2019 Winter Commencement is Radford University Carilion’s (RUC) first as a member of the Radford family. The RUC ceremony will take place December 13 in Roanoke. President Hemphill thanked Interim Provost and Vice President for Academic Affairs Kenna Colley, Ed.D. for her exemplary service to the University, as Colley is retiring. He also recognized the talented Radford University Percussion Ensemble, which recently placed third in the nation at the Chamber Percussion Competition.

Student Representative to the Board of Visitors Breon Case shared several ways he is fostering a sense of community across campus and igniting Highlander pride amongst fellow students.

During the Fall semester, Case established a Highlander Believers committee, comprised of 13 students of different backgrounds, majors and interests. The committee is working to promote diversity and create collaborative events across campus to discuss important issues, ideas and opinions. The committee organized the University’s inaugural “Guess Who’s Coming to Dinner,” held before Thanksgiving break. Throughout the dinner service, students engaged in meaningful, respectful and thought-provoking conversation about race.

“There were diverse ideas and opinions discussed, but we all respected one another,” Case said.

Two additional dinners will be held during the Spring semester, Case said.

As part of the two-day meeting, board members broke into their respective committees to receive reports ranging on topics from student success and athletics, to academic excellence and technology.

The Academic Excellence and Research Committee, led by Vice Chair Thomas Brewster, M.S. '95, Ed.D., received academic updates from Colley, who highlighted a significant increase in the use of and visits to Selu Conservancy. A valuable Radford University resource, Selu serves as an outdoor classroom and learning space. Selu received visits from 170 Radford University students in Fall 2018; 129 of the trips were related to research or coursework. Colley also underscored Selu as an important community outreach tool, explaining that the property annually hosts dozens of tours and activities for K-12 students and other populations.

·      Donna Boyd, Ph.D., Eminent Professor of Anthropology and Co-Director of the Radford University Forensic Science Institute in the Artis College of Science and Technology;

·      Matthew DeCarlo, Ph.D., Assistant Professor of Social Work and Site Coordinator of the Roanoke Master of Social Work Program in the Waldron College of Health and Human Services;

·      Seife Dendir, Ph.D., Professor of Economics in the Davis College of Business and Economics;

·      Agida Manizade, Ph.D., Professor of Mathematics and Statistics in the Artis College of Science and Technology; and

·      Thomas Pierce, Ph.D., Professor of Psychology in the College of Humanities and Behavioral Sciences.

Winners receive a $10,000 award to fund research travel and materials, along with a $5,000 award following successful completion of research and scholarly activity.

The committee also heard from Joe Wirgau, Ph.D., chemistry professor and director of the Office of Undergraduate Research and Scholarship (OURS), and Associate Provost of Academic Programs Jeanne Mekolichick, Ph.D., who presented on the value of engaging students in undergraduate research and how impactful this high-impact practice is on increasing students’ graduation and retention rates.

At the Student Success Committee, led by Board Member Mark Lawrence, Student Government Association (SGA) President Colleen McNickle discussed philanthropic and engaging initiatives the SGA implemented during the Fall semester, including a Thanksgiving food drive and voting encouragement table. Additional actions included a free speech resolution, water bottle filling stations and mental health awareness campaigns. Next semester, McNickle said, members plan to partner with the Office of Sustainability to further Radford University’s commitment as a “green” campus. They will also complete their Bags to Benches program to create a new bench – 100% made of plastic bags - on campus.

Assistant Vice President for Student Success and Retention James Penven, Ph.D. provided an update to the Starfish Early Alert System, an academic advising, early alert, communication and retention tool. The system has seen a steady increase in usage for all features, including a 23% increase in scheduled meetings with faculty or advisors. Starfish will be fully implemented at Radford University Carilion by May 2020.

SAVES received a $50,000 grant from the State of Virginia and the Department of Behavioral Health and Developmental Services (DBHDS), used to assist students in recovery by attending conferences and trainings, as well as hiring a new position within SAVES to oversee the program. SAVES also partnered for the fifth consecutive year with Fear 2 Freedom to create 460 recovery kits for sexual assault survivors in the New River Valley.

Vice President for Enrollment Management Craig Cornell updated the committee on the ongoing student recruitment, which includes 9,689 new freshman applications combined for Radford University and Radford University Carilion as of December 3, 2019. For Radford’s main campus, an increase of 453 applications was seen over the same time last year. Applications for Northern Virginia saw the largest increase, with 311 more applications from that region. 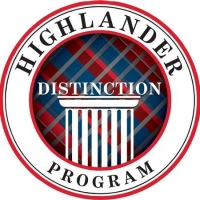 Cornell also discussed the Highlander Distinction Program, which focuses on college affordability by aligning merit, need, and merit and need scholarship awards for new freshman starting with the Fall 2020 class. More than $13 million in new aid will be awarded over the next four years.

Vice President for University Advancement Wendy Lowery briefed the committee on the ongoing philanthropic events of the University, including annual giving, a major gifts update and more.

Some of the recent annual philanthropic events include:

·      TAG Day, or Teaching Annual Giving, which had 289 posts and 50 participants, an increase of 12 participants over the previous year;

Lowery also briefed the committee on the University’s collaboration with Shelor Motor Mile to expand access to education and jobs in the New River Valley. The program is available to Highlander students seeking internships and employment in the New River Valley and not only provides financial support for students but also seeks to provide mentorship to participants. 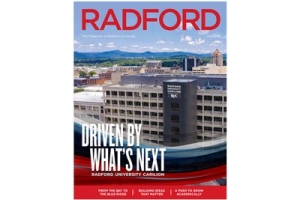 She highlighted recent media coverage of the University, including its new hotel and river campus projects, the Bridge to RU Program, the Tech Talent Investment Program and the very successful Stuff the Bus drive that was organized by the Rho Theta Chapter of Kappa Alpha Psi Fraternity, Inc.

Vice President for Information Technology (IT) and Chief Information Officer Danny Kemp provided updates to the committee on his division’s recent major accomplishments. He discussed the benefits of the department’s Service Catalog implementation, which will give users enhanced access, an important component for making IT services visible and useful to the University community. Kemp informed the committee that in October, IT modified its security website to highlight National Cybersecurity Awareness Month, and referenced its importance on social media and campus digital boards. Additionally, Kemp said, IT conducted a phishing awareness campaign in late October to help create heightened vigilance among students.

Each year, Highlander student-athletes participate in numerous community outreach opportunities in the New River Valley. Each athletic program has combined for more than 4,100 volunteer hours.

The women’s soccer team, Lineburg reminded the committee, won the 2019 Big South Tournament championship. It is the team’s second consecutive such title and its seventh conference tournament championship in the program’s history, the most among all Big South schools. Lineburg also informed the Committee about the numerous student-athletes who had been named to all-conference teams.

In resource development, Lineburg told the committee that new pledges and gifts to the Highlander Club totaled $634,765, a 241% increase from last year’s to-date total. The club has 658 members, up 61% over the course of the past year.

A record number of 786 basketball season tickets have been sold for the 2019-20 season, an increase of 29%. Lineburg said men’s and women’s basketball Alumni Weekend is scheduled for February 22, 2020.

The Business Affairs and Audit Committee, chaired by Gregory A. Burton, was briefed on the Quarterly Auditor’s Report, presented by University Auditor Margaret McManus.

Vice President for Finance and Administration and Chief Financial Officer Chad Reed outlined the 2020-2026 Six Year Capital Plan and 2020-2030 Master Plan to the committee prior to approval by the full Board of Visitors, highlighting several future projects, including:

·      Creation of the Riverway Experience with a riverside connection to the existing City of Radford greenway, an improved gateway entry bridge, venues for academic and recreational activities, a new home for RU Outdoors/RU Able, a restaurant and an amphitheater; and

·      Construction of a hotel and convention space which would be a public/private partnership between the City of Radford and the Radford University Foundation and be adjacent to Moffett Quad, including 125 rooms, a conference/convention center and rooftop restaurant.

The 2020-2026 Six Year Capital Plan: Radford University currently has two active capital projects in progress. The approximately $33 million Reed-Curie project is the renovation of the Reed Hall and Curie Hall science buildings to complement the recent addition of the Center for the Sciences, providing an overall state-of-the-art facility for nearly all of the Artis College of Science and Technology departments. The Center for Adaptive Innovation and Creativity project is currently in the “Detailed Planning” stage and waiting approval by Gov. Ralph Northam. The Center, estimated at $97,800,000, will be an approximately 178,000-square-foot, multi-story building that will include state-of-the-art instruction, laboratory, maker, studio, computer and collaborative spaces that integrate the arts and health sciences, along with office and other academic support functions. 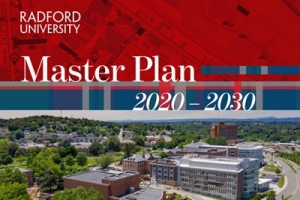 The 2020-2030 Master Plan: The Master Plan, which supports Radford University’s 2018-2023 Strategic Plan: Embracing the Tradition and Envisioning the Future, represents the culmination of an 18-month campus-wide assessment to develop the inventory of infrastructure on the Radford University campus, which includes 2.8 million square feet of space devoted to academic, student and general use.

The next Radford University Board of Visitors meeting will be held February 13-14, 2020, on campus.