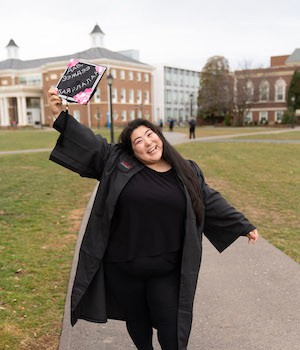 Yesun-Erdene Jugdersuren is not like most people. Most high school students do not want to join the Peace Corps.

Most people are not Yesun.

When she was 8-years-old, Yesun came to the United States from Mongolia at the behest of her mother, who was completing her studies at Johns Hopkins University. Gradually, she came to call the metro-D.C. area home.

As Yesun was finishing high school, a college recruiter attended her school. As someone that aspired to be an educator, the strength of Radford University’s education program stood out to her. During her time at Radford, her educational track shifted before Yesun settled on Interdisciplinary Studies with a focus on education and history.

Teaching runs in Yesun’s family. Her mother is a teacher, and before that, so was her grandmother.

“My grandmother is the reason I wanted to become a teacher,” Yesun said. “She was a Mongolian language teacher in Mongolia, and I always liked when she started grading her papers of her students. The way she talked about being a teacher – it was so emotional. She loved what she did. It was amazing and inspirational.”

What makes Winter Commencement even more special for Yesun is that her grandmother will be in attendance, coming from Mongolia to see her granddaughter graduate.

Yesun’s academic goal shifted slightly, as she ended up majoring in Interdisciplinary Studies, but her dream to become a special needs educator never wavered.

In records going back to the early 2000s, Yesun is only the second Mongolian-born student to attend Radford University. She did not let that slow her down in the pursuit of her dream.

Yesun pushed to graduate a semester early. In her final semester, Yesun took a credit overload of 20 hours to ensure she graduated so she could join the Peace Corps and return to teach in Mongolia. 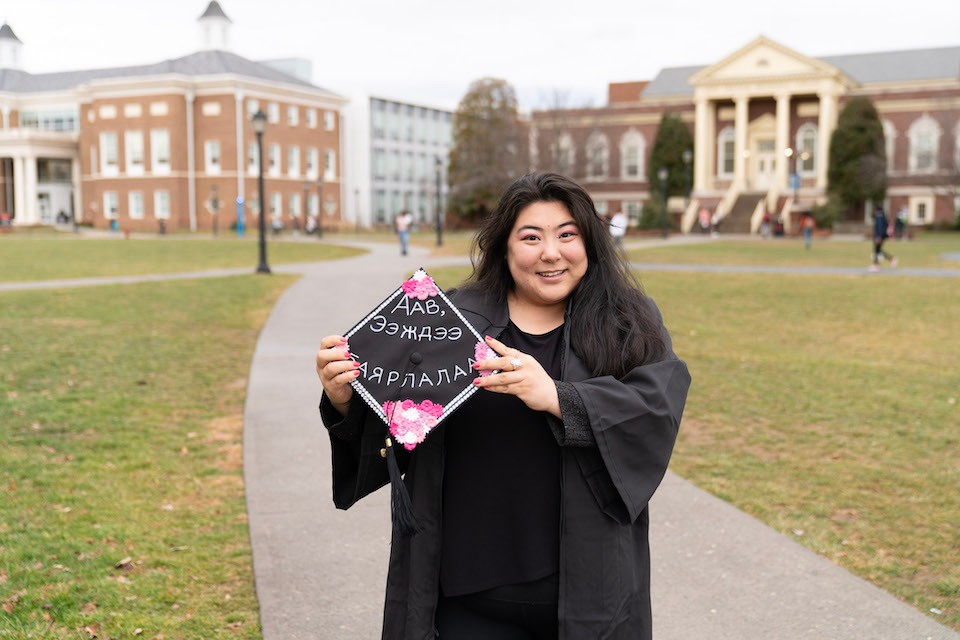 One thing that connected her to Radford University even more were the professors.

“They were so helpful,” Yesun said. “They want you to be successful in life, and they want you to do more than what you think you can achieve yourself. They pushed me, and they believed in me. That was my favorite part of being here – having that one-on-one connection with my teachers. They knew I had the power to do it and the ability to grow.”

When Yesun told her family about her joining the Peace Corps, they were excited but nervous.

“It’s two years away from them,” Yesun explained. “That's kind of hard. But they said I can do it, and this is a great opportunity. They were so happy for me when I told this news. They’re my family, and families are happy for you when you achieve something.”

One of the reasons Yesun chose Radford University was because of its similarities to her home country. Both have mountains and have scenic countryside views. On December 14, Yesun’s grandmother will have the chance to compare the two for herself.

Yesun’s mother will see her daughter graduate and continue their family’s proud tradition of being educators.

“She has been working so hard to pay for my tuition. This is my way of helping her – by me graduating college early,” Yesun said. “When I told my mom, she was so happy. Graduating early is a unique experience in my family. When times got tough and when my semester was at its craziest, I didn’t give up on my two motivations – wanting my mom to see me in the graduation cap and wanting to join the Peace Corps.”

Yesun will soon don her cap and gown with proud family members looking on.

In the end, Yesun’s goal and dream came true, because of her dedication to her studies and the many opportunities offered by Radford University. Yesun now has the chance to use her Radford education to have a global impact and continue Radford’s proud legacy of inspirational educators.