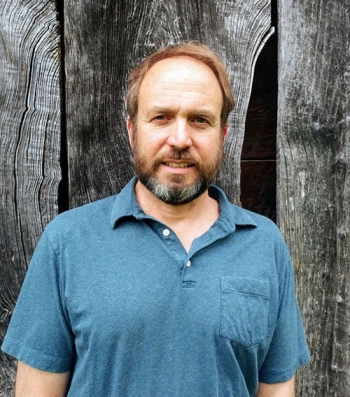 Van Noy’s interview will air Aug. 10-16 on more than 100 With Good Reason stations across the United States.

Listeners in the New River Valley can hear the show at 6 p.m., Tuesday, Aug. 13, on Public Radio WVRU 89.9. Programs are available as podcasts at withgoodreasonradio.org.

“Sudden Spring” is a “call to action to mitigate current trends in our environmental degradation,” Van Noy said.

In the book, the professor highlights stories of places and people who are “adapting to the impacts of a warmer climate,” and informs readers what communities in the South are doing “to become more climate resilient and to survive the slow deluge of environmental challenges.”

“Sudden Spring” is published by the University of Georgia Press and can be purchased at the Radford University Bookstore.

The Chicago Review of Books named “Sudden Spring” one of “2019’s Best Books about the Environment, So Far.”

Since its release, the book has received praise from readers.

“Imagining an unwanted future is something most people aren't willing to do. This book is full of quiet heroes who help communities in the Southeast imagine a future they do want. It isn't easy, but it's crucial,” said Edward Maibach, director of the Center for Climate Change and Communication at George Mason University.

Essayist and nature writer David Gessner said “Sudden Spring” is an “urgent and important book. Van Noy has done us all a service by issuing this wake-up call. As he points out, humans have not evolved to face long term threats, but as this book makes clear, we need to adapt sooner rather than later. Our survival depends on it.”

“Sudden Spring” is Van Noy’s third book. He authored “A Natural Sense of Wonder: Connecting Kids with Nature through the Seasons” in 2008 and “Surveying the Interior: Literary Cartographers and the Sense of Place” in 2003.

At Radford University, Van Noy teaches American and environmental literature, creative nonfiction and professional writing in the Department of English.

With Good Reason is produced by Virginia Humanities for the Virginia Higher Education Broadcasting Consortium, which is comprised of all of Virginia’s public colleges and universities.

The award-winning show is heard by an estimated 100,000 people each week on public radio stations in 33 states, including Virginia and Washington D.C. Thousands more download the episodes via iTunes.