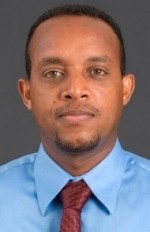 Economics courses not only increase students’ knowledge of the subject, but also improve their analytical skills and problem-solving abilities, according to a recent study by Radford University Department of Economics Professor Seife Dendir, Ph.D.

The professor, along with his co-authors, measured students’ abilities and skills using Frederick’s Cognitive Reflection Test (CRT) and found that those who enroll and engage in economics courses can improve their analytical skills at a rate higher than students in courses other than economics.

“Our main result shows that students in economics classes improve their analytical skills during the semester by between 7 and 11 percentage points more than those in non-economics classes,” Dendir says. “We also found that most of this effect is attributable to the economics principles courses.”

Dendir, along with Alexei Orlov and John Roufagalas, present their findings in the September 2019 edition of the Journal of Economic Behavior and Organization, a publication dedicated to research in economic decision, organization, behavior and change.

Orlov is a financial economist with the Office of Research and Data Services in the U.S. Securities and Exchange Commission. Roufagalas is an economics professor at Troy University. Both are former Department of Economics faculty members at Radford University.

For the study, the researchers used the original 2005 CRT as a pre-test and then built and administered a clone post-test to students in various majors and in various courses at a comprehensive, medium sized university.

They used difference-in-difference estimation to determine the variation in CRT scores between economics and non-economics courses.

At the heart of the research is one question, Dendir and the researchers say: “Is there quantitative support for the widely stated claim that taking an economics class improves students’ analytical abilities and problem solving skills?”

The researchers say yes, using the Cognitive Reflection Test as their guide.

“We presented evidence that, indeed, enrolling in an economics class does improve analytical ability – not just in absolute terms, but also relative to other courses,” Dendir says.

Dendir, Orlov and Roufagalas examined other disciplines to determine if those had similar affects as economics. None did, with the exception of STEM courses. Students in those courses, however, showed a smaller effect, statistically, toward improving students’ analytical abilities.

The next question is: How and why does studying economics increase students’ analytic and problem-solving abilities?

“There is something unique associated with analytical ability development in economics classes,” Dendir says.

“We interpret our results as providing support for the rational thinking hypothesis as a source of improved cognitive reflection. Economics classes teach both terminology and definitions – for example, declarative knowledge – and decision-making rules, or strategic rules,” the professor continues. “As students are exposed to these lessons during the class, they become more likely to question intuitive answers and arrive at the correct ones.”

Dendir’s work exemplifies Radford University’s commitment to research, scholarship and leadership activities within and beyond the classroom.