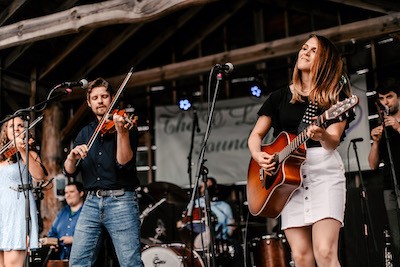 CrossBow is loading up their van and taking a road trip down to the Radford Highlanders Festival on Oct. 12. The Michigan-based group is a fan-favorite at Celtic festivals across the Midwest.

CrossBow’s journey to Virginia has been exciting, and their origin is traced back to their co-founding fiddlers, Steve Lesko and Carly Meloche, meeting in their high school Celtic band, the Chelsea House Orchestra.

The legend of CrossBow began as a casual jam session at Grand Valley State University. After that jam session, though, the group wanted to get together for something more. Carly Meloche, who plays the fiddle and sings in CrossBow, and Steve Lesko, who plays the fiddle and bodhran, teamed up with Clare McMillan, a pianist by trade, on guitar. Clare was willing to fill in for a few weeks on guitar, while the band looked for a full-time guitarist.

Two others joined CrossBow to round out the initial lineup, and with that, they booked their first gig – filling in for some friends at a corn festival.

“It was about as exciting as it sounds,” Steve said. “Our friends couldn't play it for some reason and they said, ‘Hey, it's a paying gig.’ We put together five songs for the late October show. It was freezing outside, and there were maybe three people in the audience, with two of them being Carly’s parents. You can barely even consider it a show, really. We were totally bitten by the performance bug. I got paid to play music for the first time.”

CrossBow spent most of that initial payment on gas and ice cream, but that show still propelled them into becoming a band. 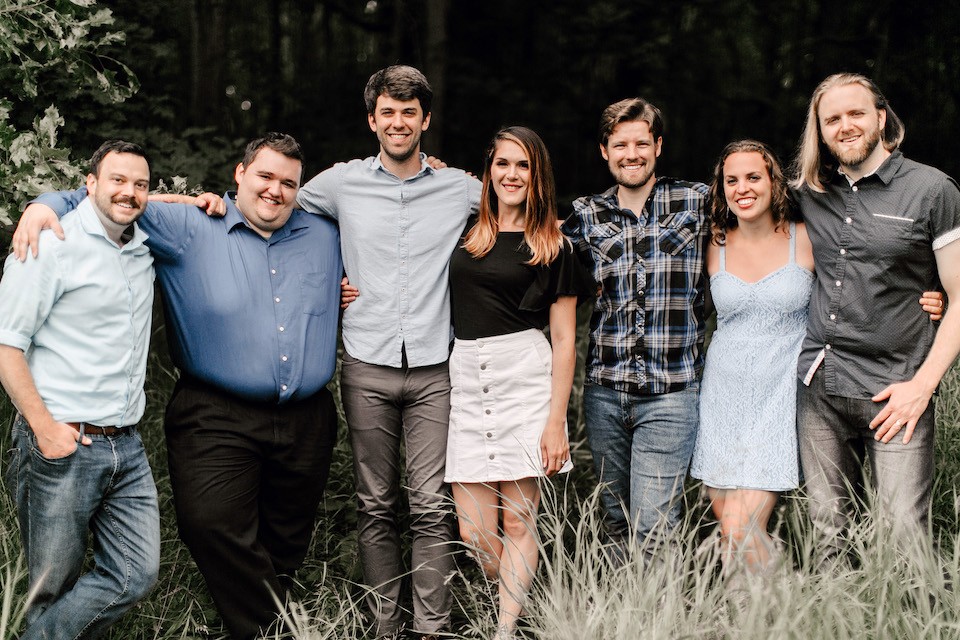 The band morphed and changed over the years, during which time the group was enrolled at Grand Valley State University, even reaching 13 members at one point before settling on seven. CrossBow still was not on the festival radar yet, but got a break when the Michigan Irish Music Festival came calling, showing the band what the touring life was like.

“We were exposed to around 30 acts and bands each year on five stages,” Steve said. “Most of the big groups are internationally touring Irish and Scottish bands. That was a really big awakening for us. As really young kids, we grew up listening to these bands and now we're playing ping pong and pinball and hanging out with them backstage. That was a dream come true. We were fortunate to be at that festival and learn what it takes to succeed.”

Succeed they have. Each member of CrossBow has a day job – making the band an extracurricular activity for each of them.

“We don't want [the band] to be our main thing,” Steve said. “We all have plans. CrossBow is what keeps us going through the week through our day jobs. We get to go and almost have a second life on the weekends. We're totally different people when we're up on stage. We're signing autographs and responding to fan mail. Who gets to do that? It's like the best of both worlds.”

That “best of both worlds” experience has now led them to the furthest gig from their Michigan home – the Radford Highlanders Festival.

“It's a totally new experience,” Steve said. “We're all geeked out over that. It's such a beautiful part of the country, and this is a different opportunity for us. It's a rejuvenating experience and a breath of fresh air to have a brand new crowd.”

The new audience will be treated to a band that prides themselves on being great performers – performers who bring energy into their live set.

“We thrive in the live, energetic festival setting,” Steve said. “We have a little bit of choreography on stage. Most of us are wireless, so it gives us the freedom to move around up there. One of the things we like to do is to jump out into the crowd, and a lot of times we end up standing on chairs and tables. We just want it to be a whole package of great experiences at a CrossBow show.”

One of the unique aspects of a CrossBow show is that the band is there to make a connection with the audience through energy and antics. But, capturing that performance in a studio environment is a challenge.

“I think everybody who's ever listened to music understands that to a degree it is going to be different,” Steve said. “We have a great studio here in Ann Arbor [Michigan]. We worked with Eric Wojan at Solid Sound Recording Company. I just left it up to him and he helped capture that energy. I think it really does come through as much as it can. Eric is an amazing engineer, experienced in all genres and can decipher any crazy idea we throw at him.”

While not a feature of their studio recordings, crowd involvement is a staple of a CrossBow show. People are invited to dance, to clap and to move to the rhythm of the music, something all fans at the Radford Highlanders Festival can do on Oct. 12.

While the band’s lineup has seen some changes over the years, the energy and excitement of their live shows has been a constant – and Clare McMillian is still playing guitar.