From the court and classroom to the board room, Smith lives Radford's values 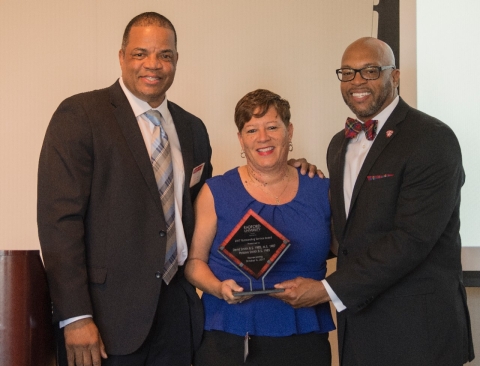 Few people have experienced Radford University from as many different perspectives as David Smith ’85, M.S. ’87.

Since he originally stepped on campus, Smith, a native of Amherst, Virginia, has been an undergraduate, a student-athlete, a graduate student, an assistant coach and a Hall of Fame inductee. He has served on University advisory boards and as President of the National Alumni Association. In June 2019, he was named to the Board of Visitors and began his term on July 1. He also serves on the Athletic Foundation Board of Directors.

Most importantly, his first day as a Highlander back in 1981 began auspiciously. He met his wife-to-be, Yvette “Pebbles” Smith ’85.

“Coach (Joe) Davis told me: ‘Put on the red jersey.’ I still get chills,” Smith said of his first scrimmage as a freshman. “I thought to myself I am never going to take it off.”

To this day, Smith is recognized as a Highlander pioneer. He scored Radford’s first points in the first-ever game played in the now-venerable home of the Highlanders, the Dedmon Center.  Smith was among the first class of Highlander sports greats to be enshrined in the Radford Athletics Hall of Fame, when it opened in 1995.

The opening of the Dedmon Center was a watershed moment for Smith as well as Radford basketball, during a time in which their home games were played in the cozy confines of Peters Hall.

“There was such excitement. I was 18, wearing the Radford red jersey. The building was sparkling. There was a huge and excited crowd all around the court. I scored our first points, we won the game . . .  It was a dream come true,” Smith said as he reflected on the moment. 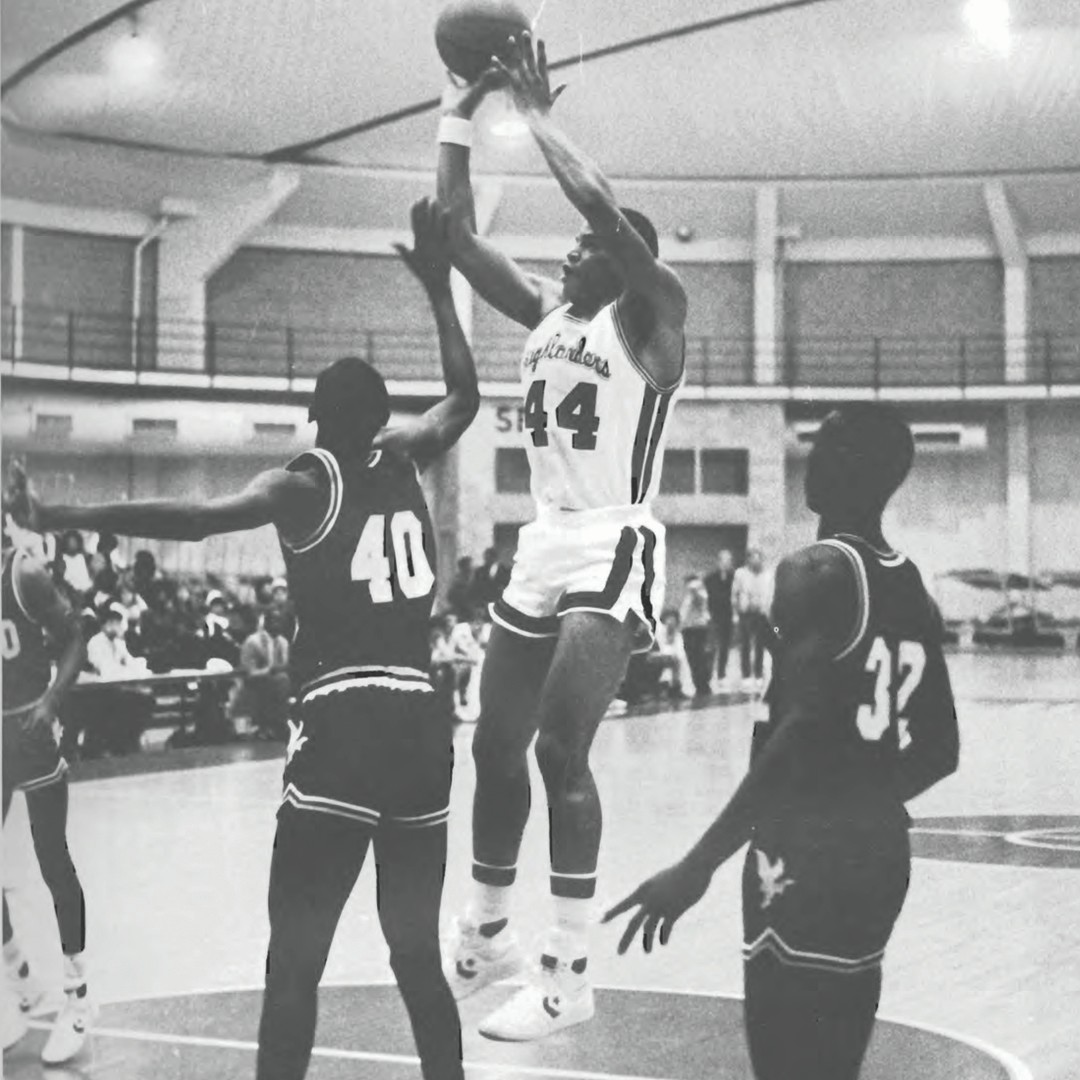 A silky smooth release belies the fierce competitor that David Smith was as a Highlander.

In a career that includes more than a few fulfilled dreams of family, professional and athletic success, there were challenges.

He, like NBA superstar Michael Jordan, was cut from his junior high basketball team in the eighth grade.

“I was so angry. I must not have done enough to make the coach see that I was better than some of the other guys he kept,” Smith said. “Athletes need a reason. I had motivation from then on.”

As a freshman, Smith had a similar epiphany as a student-athlete. He saw teammates doing well in class and was inspired to engage his competitiveness academically, as well as athletically.

“That first year, college hit me in the head. The things I had done were enough to get by. For me, it was a matter of putting forth a higher effort. After that, I just took off,” Smith said. “I want to be around people against whom I can rate myself. It keeps me moving, and feeling proud.”

To fulfill his inner drive to excel, Smith was challenged to bounce back, and to endure, by the before-dawn to after-dark schedule of workouts, games, practices, travel, classes and study that is the life of the student-athlete.

Smith and his teammates looked to one another to keep them advancing.

“We used to talk about it back then. We said that if we can get through this, what can work do to us,” Smith said. “Playing Division I basketball is all the time. You have to be wired a certain way, because it is a lot and is demanding.”

At Radford, Smith said he found a willing faculty to help him build upon the foundation his family had provided and fuel the fire that burned within.

“The faculty I worked with were uncompromising about doing things correctly, and they were very important to me,” Smith said. “Professors Gallaher, Cronin, Yerrick and McCosky were among the best people I have ever known.”

Smith reserves a special place of honor and respect in his heart for Coach Davis, who bestowed the red jersey on him at his first practice, coached him as a player and mentored him as an assistant coach. Davis joined Smith in the Radford Athletics Hall of Fame in 1985.

“My teammates and I still talk about all the things he told us, taught us and the ways he influenced us,” said Smith. “He kept us focused and sharpened our abilities to focus on the task, whatever it might be, and to do it right.”

Davis left a lasting impression on Smith, the student-athlete, for which Smith, the father and businessman, is grateful.

“I never realized it at the time, because I was just trying to get through the training and the learning and the growing. He was tough, but incredibly fair,” Smith said.” I didn’t know it was love then, but I do now.”

As a member of the Radford family who has seen it from so many diverse perspectives, Smith sees the dedication of the faculty and staff, including coaches at Radford as a common thread linking Radford then and Radford now.

“There is a connectivity and cohesion here that helps students develop relationships with faculty and each other. The passion, the fairness and the focus that helped me remains at the core of Radford now,” Smith said.