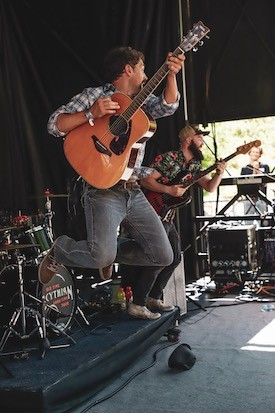 Hailing from nearby Washington, D.C., Scythian started off as a group of college friends playing Celtic music for fun. But over the last 12 years, Scythian has grown from street performers to headliners on the United States Celtic Festival Circuit.

Scythian will bring their unique take of high-energy Celtic/folk rock to the Radford Highlanders Festival on Saturday, October 12, 2019 with three headlining performances on the campus of Radford University.

Founded by first-generation sons of Ukrainian immigrants, brothers Alexander (Alex) and Danylo (Dan) Fedorkya’s band had modest origins; they started out as street performers. Neither Alex nor Dan had a formal music education, instead they learned how to play classical music from their mother, who was a Julliard concert pianist. Dan learned the piano and Alex learned the violin.

At around 17 years old, Dan taught himself how to play the guitar and shortly after that, Alex learned how to play the Celtic fiddle. After becoming mesmerized by the instrument, Alex traveled to Ireland for four months.

“He told me I had to learn how to back him up on guitar. So, I made it my project,” Dan said. “In Ireland, Alex went to the pubs at night, recorded the tunes, and then all the next morning, he would learn the tunes and then perform them that afternoon on the streets for money.”

After four months, Alex had a huge catalogue of Celtic music, as he had immersed himself in the Celtic culture and the traditions. Alex came back to the United States and played with Dan as street performers. Audiences loved their performances. In fact, the response was so overwhelming that it pushed them into becoming a band.

“To be able to play every week in front of 300 fans that are dancing made me so happy because our hallmark is that we love to communicate with the audience,” Dan said. “I think that really came from the fact that we were seeing what music was created for before there were billboard charts. Music was to help people relax and forget about their worries. Music had a real communal service to it; it was to lift people's hearts up to better things.”

Dan’s and Alex’s grandmother grew up in Ukraine and told them about life in her village. Every six months, a fiddler would come into town. This was a big occasion for the village, as this fiddler was their only source of music; there were no radios or record players. As soon as he came into town, everyone took a holiday and they would all gather in the barn and have a dance party until the fiddler could not play anymore.

“There was something about tradition, the passing on of legacy, in Celtic music and in roots music and bluegrass Americana that really attracted us to be part of that genre,” Dan said. “It is like a seamless fabric that goes back to the beginning of time. There’s this sense of timelessness to it and conveying it in a pop culture age in a way that young and old alike can participate was, and still is, a challenge to us and it really gives us a lot of satisfaction during our performances.” 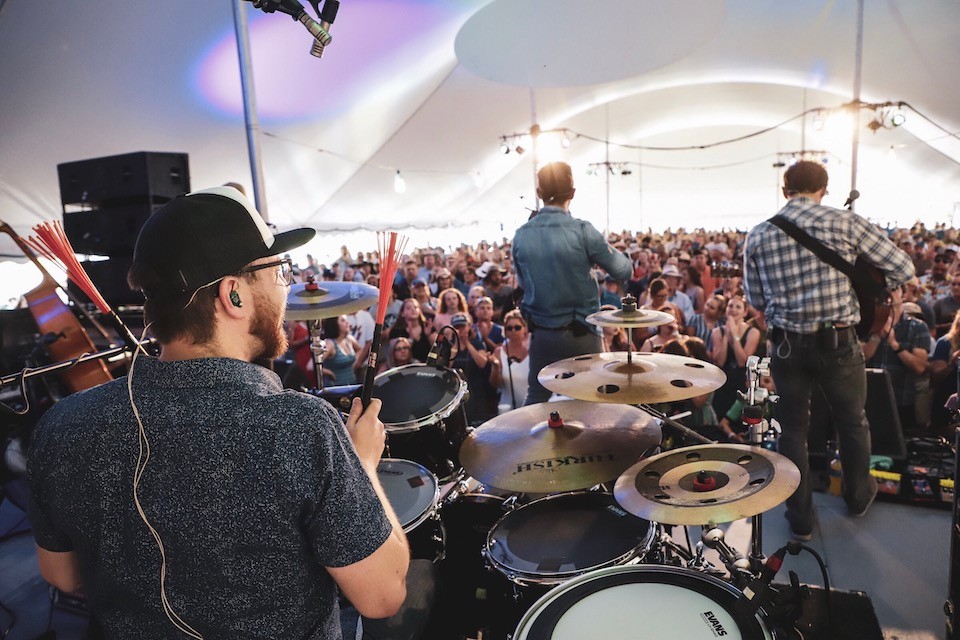 Audience response was again tremendous. Scythian added performers and recorded albums. But one of their biggest challenges was capturing their energy in the studio environment.

“It's been really one of our biggest challenges, and we've gotten better throughout the years,” Dan said. “We've tried so many different things, such as using studios where we're all playing together with glass partitions between the walls. There are a lot of tricks that you can that you do to capture that energy, such as speeding the tempo up just slightly on the studio version to convey the energy that we have live.”

Over their 13 studio albums, Scythian has a plethora of music to choose from for their performances. But over the years, there are a few songs that are fan-favorites.

“There are certain songs that fans are coming to the show to hear and we'll play them,” Dan said. “We'll play them every show because that's what got us where we are today. There’s a good chance you’ll hear ‘Hey Mama Ya.’ I've played this song literally 2,000 times. I have a lot of gratitude toward this song because it built momentum for us. And, this song means a lot to our fans.”

If attending a Scythian show, do not expect to hear the same take of a song at each show. There is a good chance that a new iteration will be played, putting a new spin on a classic song.

“We have to be special for the fans,” Dan said. “They get to hear a different performance of one of their favorite songs. It needs to be fresh.”

Scythian consistently finds creative ways to connect with their fans, from hosting a castle tour with Scythian in Ireland to creating a unique experience at each performance, there is no limit to the exciting possibilities of the band’s performance at the Radford Highlanders Festival.