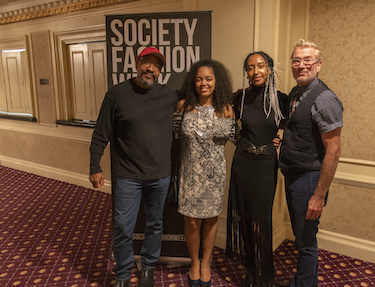 New York City -- From a young age, Destiny Howard ’16 knew what she wanted to become: a fashion designer. Now – after owning her own business – she landed on fashion’s biggest stage and displayed her collection at Society Fashion Week at New York Fashion Week.

As the owner and designer of her brand, “Destiny Howard,” Howard does everything, including sketching, concepts, making the garments, social media and bookings.

After operating the business for less than a year, Howard got the news that her brand had been accepted into Society Fashion Week at New York Fashion Week.

“It’s like a dream come true,” Howard said. “It’s just the start. I plan on going further and doing more. I’m grateful for this opportunity.”

Howard’s dream began when she was a child drawing cartoons – she realized she enjoyed drawing the clothes on the people.

“By the time I was in eighth grade, I knew I wanted to be a fashion designer,” Howard said. “I wanted it to be more than just designing clothes – I wanted to send a positive message and give back to the community, so that’s why I started my own business.”

Howard injected her positive message into her line displayed at Society Fashion Week through the concept of ethereal madness.

“Every time I do a collection it has to have meaning behind it, something positive to impact someone’s life,” she said. “[The collection] has to do with remembering your worth and recognizing your worth and knowing that you are beautiful on the inside and outside. After you’ve overcome something, don’t go back to that thing that made you insecure or feel less [worthy].”

Various materials were used in Howard’s garments, which included satin. Howard hand sewed the garments and cut out all the lace that was used. To finish off the collection, jewelry from Sassy Jones Boutique was used.

When choosing the models to display her piece, Howard not only chose models who fit each garment well, but who were also humble. Howard said she also thinks about her sketches and what was going through her mind as she created the piece when picking her models. 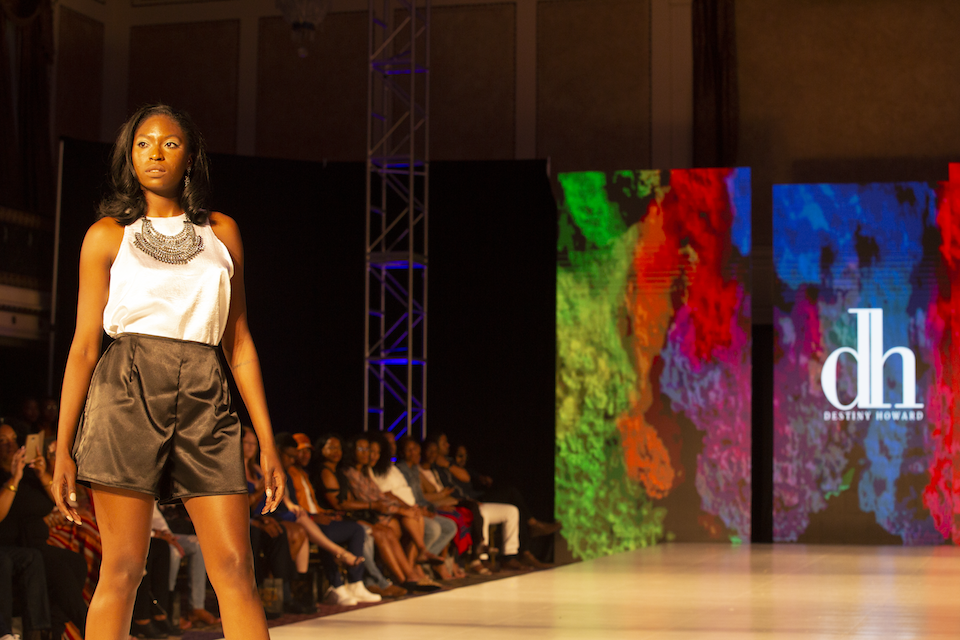 Garment construction was one of the things Howard took away from her time at Radford University.

“Before I went to Radford, I didn’t know how to sew a lick,” she said. “I was just sketching. Radford's fashion design program taught me how to make clothes, which was really awesome, and how to be responsible for my own success.”

Two of her design professors, Farrell Doss and John Jacob, traveled to New York to see Howard showcase her collection.

“It made me feel really special; I thought that was so sweet,” Howard said. “They didn’t have to come – and yet they did. I really appreciated it.”

“It’s awesome knowing I received these invitations so early in the game,” Howard said. “It shows me that I could have a bright future so I’m trying to make it happen.”