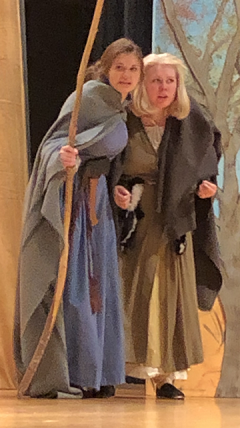 Before the school’s student body, the Ensemble presented Ingles’ harrowing return home through the then-wilderness of Ohio, Kentucky, West Virginia and Virginia in 1755 after being kidnapped and taken beyond the Appalachian Mountains.

“It is a special treat today to see these Radford students bring to life the history of the communities our students come from and a story about life’s struggles,” said EMHS Principal Danny Knott. “Mary’s story of perseverance and endurance remains relevant and inspiring today.”

The EMHS stop was the latest presentation this semester by the Ensemble of Ingles’ four-month, 600-mile journey back to her family in the New River Valley. The Ensemble has recounted Ingles’ story for school audiences in Fries, Fort Chiswell, Blacksburg, EMHS and Carroll County. They will visit Radford, Auburn and Chilhowie before the semester ends. The Ensemble also appeared on the Community Stage during the 2018 Radford Highlanders Festival.

On Dec. 7 and 8 at 7:30 p.m., “Walk to Freedom,” directed by Professor of Theatre Wesley Young, will close its season in Pridemore Playhouse. “Walk to Freedom” is an updated version of “The Long Way Home,” that ran from 1971 to 1999 by Young and Kathleen Harshberger.

Tori Long, a junior theatre major from Castlewood, Virginia, played Mary and reflected on being the heroine of a story that is central to regional history and identity.

“There is pressure playing the role,” said Long. “But, it is empowering to play a strong woman.”

To senior theatre major Jordan Wommack of Virginia Beach, Virginia, “Walk to Freedom” was a fresh way to connect with the audience and the area.

“I am not from here, so the story was not really relevant to me when I started. The joy came as I got to know such an interesting character as Mary and shared her story with those who now live in the area where she once lived,” said Wommack.

Josh Mullins, a senior theatre major from Richmond, Virginia, relished the challenge of taking Ingles’ story on the road and to new audiences.

“All you really need is an open space and a curtain. We adjust to whatever we are given and these experiences strengthen me as an actor,” Mullins said.

Touring and meeting new audiences are part of the challenge and value as well for senior theatre major Christopher Phillips of Radford, Virginia.

“We like to think we can make art wherever we go. Today, we told a local historical story that is really universal,”  Phillips said. 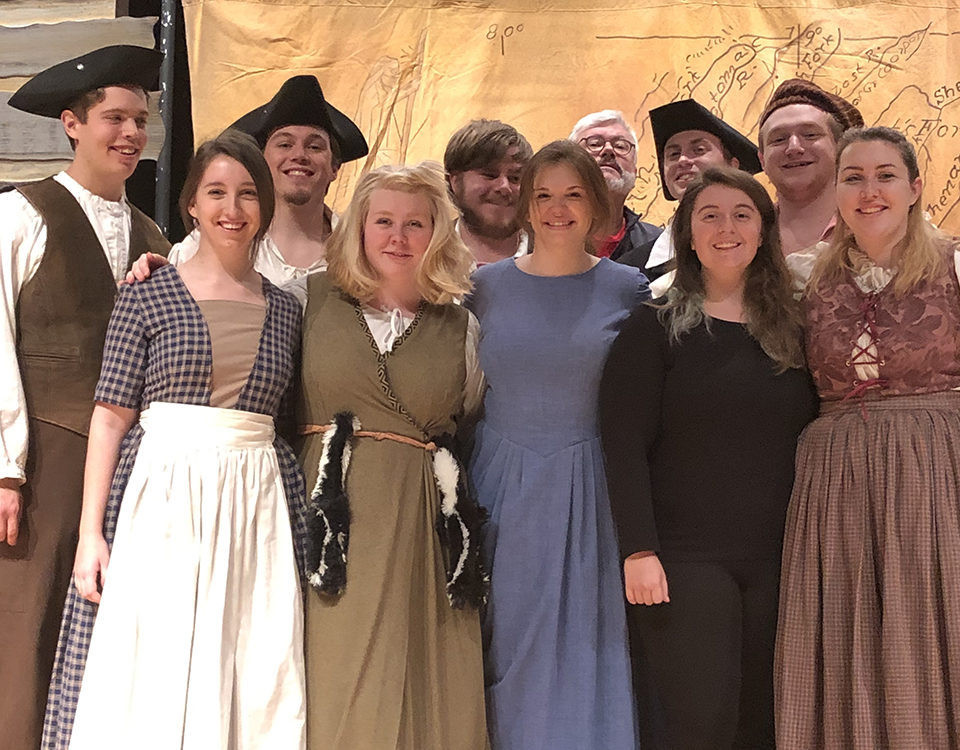