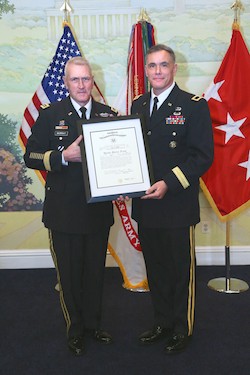 On March 23, Jay Bienlien ’90 was promoted to Brigadier General.

During his 27 years of service, Brig. Gen. Bienlien held a variety of positions in the Army, including command and staff assignments in the 5th Infantry Division at Fort Polk, NATO Supreme Allied Command Transformation, United States Army Pacific, Operation Iraqi Freedom and the Department of the Army headquarters at the Pentagon.

Bienlien assumed the duties of the Brig. Gen. on June 1, 2017, which includes working on the Department of the Army materials process and delivering critical equipment capabilities to United States soldiers.

Bienlien followed in his family’s footsteps when he chose to join the military – five generations of Bienliens served in various branches of the United States military. His great grandfather fought in the Civil War. His father graduated from the United States Naval Academy and served three tours in Vietnam. His brother was a Navy pilot, his wife is a Navy helicopter pilot and his daughter serves as an active duty Military Police 2nd lt. His son serves as a 1st lt. in the Texas National Guard.

“I’m very proud, not only the fact that [my children] are in the military because it’s what I did, but also for wanting to be a public servant and to give back,” Brig. Gen. Bienlien said. “They’ve had the military service values instilled in them, whether it is a military [or civilian] career.”

At the ceremony, Bielien’s wife and his mother pinned the Brigadier General shoulder boards onto his uniform. 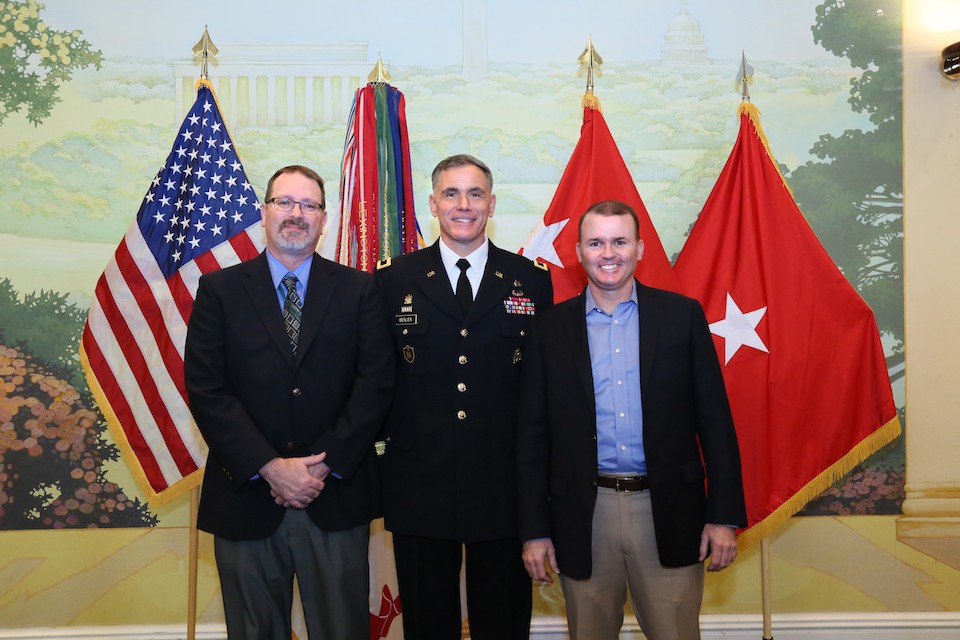 “It’s a big honor,” Bienlien said about the promotion. “It speaks volumes of [Radford University]. It prepared me well for service after graduation. It set the academic foundation [and] it made me successful. I was telling someone earlier – I don’t think that I would be here today without the four years that I spent at Radford. It was hugely impactful, not only academically, but socially as well. It was a great experience for me.”

Bienlien said that the “atmosphere was fostered by the administration and the school” and that participation in the ROTC program was supported and encouraged. While at Radford, Bienlien majored in criminal justice.

“If you look back – your four years goes by quickly, but it’s so critical to make sure that you maximize the opportunities in those four years,” Bienlien said. “You have access to people who want to help you learn. They want to set you up for success in the future. You have to find the educational and social balance. One of the ways to success in life, in my view, is through education. You need to take advantage of it.”