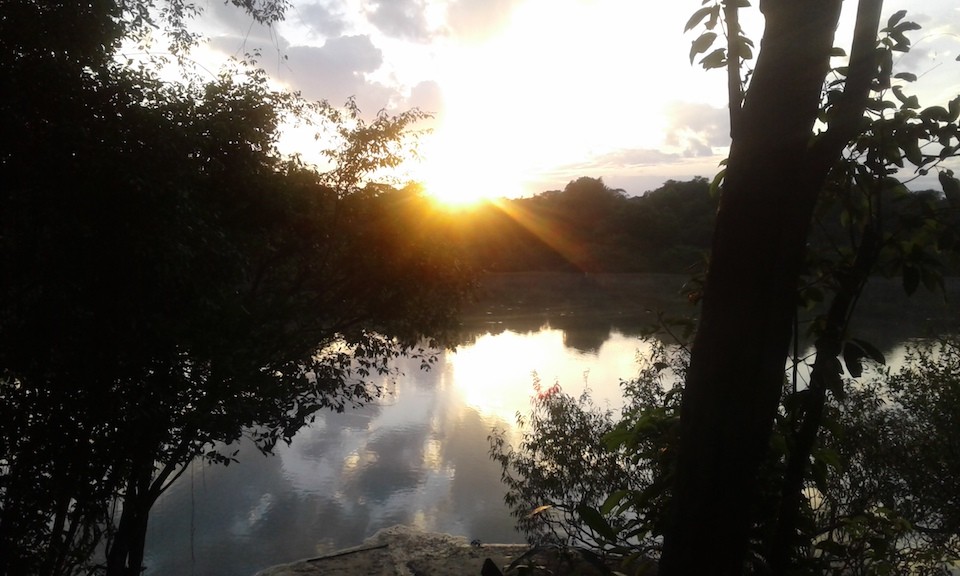 A view from one of the cabins in which Green stayed while in Brazil.

As he crept through the night with nothing but a flashlight, Egan Green, professor of criminal justice, trod carefully – alligators were in the water around him. Suddenly, a splash was heard from a stick where his foot was headed.

Except it wasn’t a stick. It was a gator.

On Green’s research trip to Brazil in November 2017, he didn’t just dodge alligators. Green was licked by a mountain lion, had a monkey jump of his back, a snake crawl into his shirt and played guitar for one of the world’s oldest men – who danced along.

Green’s specialty is wildlife crime, an area in which he has been interested since his youth ever since he saw poachers’ treatment of bears in the Smokey Mountains. 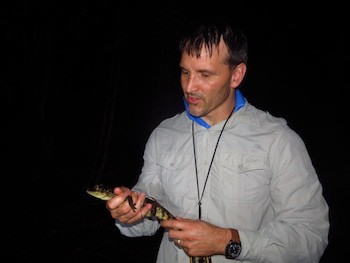 Green, who was described as "a real-life Indiana Jones" by some Brazilians, holds a baby alligator.

“The poachers caught a live bear, chained it down and shot both of its front paws. They broke its jaw with an axe and trained their dogs to attack the helpless bear,” Green said. “I had grown up outdoors, I loved nature, the environment and animals, when I heard that, I just couldn’t make it work in my mind that it was acceptable behavior. That wasn’t hunting – it was something way beyond any kind of acceptable behavior. I knew I had to do something. I didn’t know what, but looking back, I realize that was a turning point for me.”

The reformed animal trafficker had a change of heart during his life. Previously, the trafficker was only concerned with financial gain, but now “cares about the animals and the danger to resources,” Green said.

“He thinks about this differently now,” Green said. “He had the opportunity to return to the area in which he trafficked after leaving the industry and worked with some conservationists due to his familiarity with the area and he saw biologists working. Seeing those people work changed his whole attitude. He saw how he negatively affected the wildlife.”

Green also spoke with an active bird trafficker, who, according to the trafficker, did it because he wanted to protect the birds.

“He said he knew they were endangered,” Green said. “He wanted to keep the birds – but he’s probably doing it because he can make a profit. But he may have also been a little honest with me, too.” 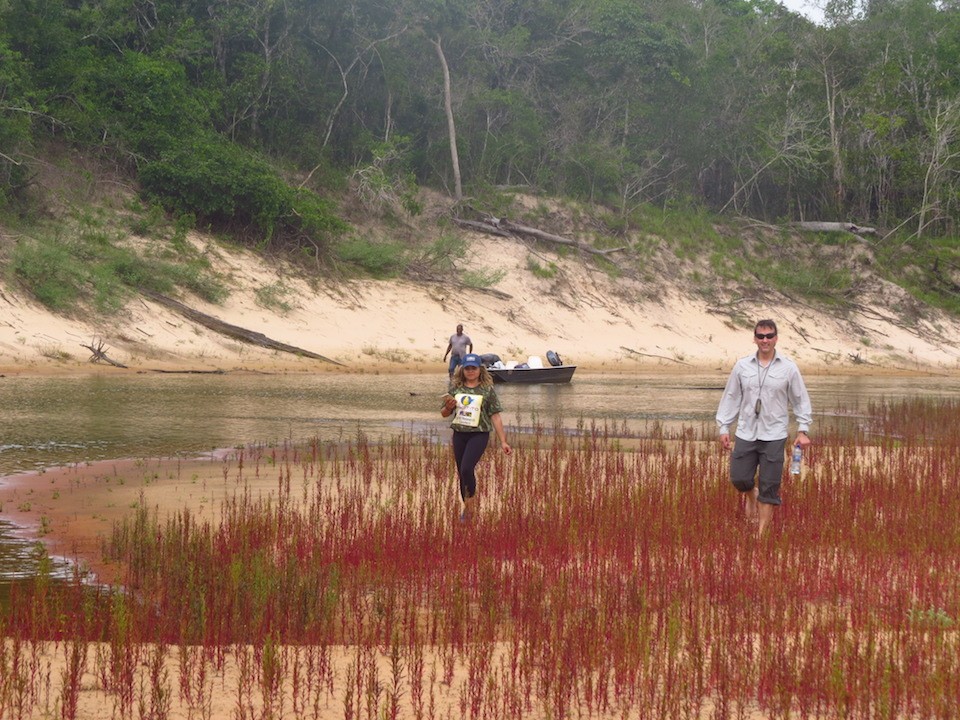 Green, right, and his translator, left, walk to the next area of research.

While in Brazil, Green was interviewed by two Brazilian TV stations, one of which was seen by a wealthy landowner after Green left the country. The landowner reached out to Green’s interpreter, Rachel Moreland, and asked if she was the one on TV with the American.

The viewer said that he wanted to turn thousands of acres into a wildlife preserve, but didn’t know the process and wanted help to convert the land.

The wheels were put into motion. Moreland reached out to the animal trafficker, who offered to release some of his captured birds into the preserve.

“That’s a guy who is willing to do it as well,” Green said. “I don’t know how common it is because I hadn’t heard about it before. I think it’s a new angle that most people hadn’t heard about before. My instinct says this was due to empathy and that these aren’t the worst traffickers.”

As part of his journey, Green worked with the Faculty of Sciences at Tocantins, an animal rescue center, and saw a variety of animals in need – from tropical birds to mountain lions at an animal rescue. Green, along with the animal’s handler, entered the mountain lion cage when, suddenly, the large cat took a liking to Green. 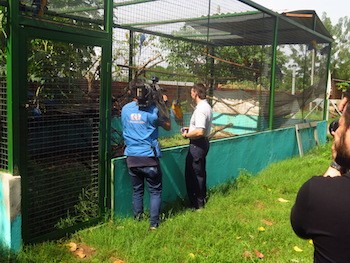 Green, right, is interviewed by a Brazilian TV station.

The cat – a much bigger version of a housecat – started to lick Green’s hands.

“It’s got this rough, sandpaper tongue but it liked me – or the taste of the American,” he said.

As the mountain lion licked, it began to push Green back – and the sliding door to the cage further open.

“Its head is prying open the door,” he said. “As the lion is doing that, I see the trainer putting her hands on its shoulders trying to hold it back. I put mine on its shoulders too – so we’re both holding it back – but still going backwards.”

The shelter’s employees motioned for Green to get out of the cage so the mountain lion’s handler could calm him down. After a brief tussle with the handler, the mountain lion ate his assigned meal and everything went back to normal.

A guitar was later used on Green’s trip while working with students at Federal Institute of Motto Grosso, a Brazilian university, when one of the world’s oldest men wanted some music so he could dance.

Green played the Johnny Cash classic “I’ve Been Everywhere” for the 113-year old man, albeit at a slightly higher volume than normal.

“I’ve played for lots of audiences over the years, but having that man get up and dance with me while I was playing and singing was a thrill for me,” Green said. “I enjoyed getting to know him and seeing him dance.”

Any one of those experiences would make for a memorable trip, but each aspect helped Green achieve is lifelong goal of reducing wildlife crime and promoting conservation.

“The avenue that I’ve taken, where I teach and research wildlife crime, I can teach students to combat wildlife crime. If I get them to make a difference, that’s more people than just me,” Green said. “It all came from hearing the story of that bear.”