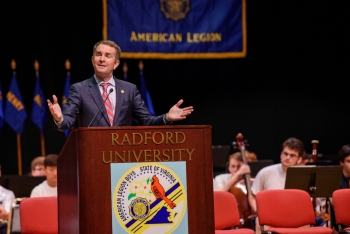 As a veteran, father, physician and politician, Virginia Gov. Ralph Northam had a wealth of knowledge and advice to impart on this summer’s 700-strong assembly of Boys State participants.

The governor visited Radford University’s campus on June 21 to speak to the young men – all high school students from across the Commonwealth - as part of the 76th session of the American Legion Boys State of Virginia.

“You are tomorrow’s leaders,” Northam said. “And leadership now is more important than it ever has been.”

Before his January 2018 inauguration as the Commonwealth’s 73rd governor, Northam served eight years in the United States Army as a medical officer. Since 1992, he has been a pediatric neurologist in Norfolk. He has also served as a state senator and lieutenant governor.

He has used these life experiences, he said, to support and influence others.

“I figured out early, like you are, that it is a good thing to step up and lead,” he said. “Boys State is a great place to learn about leadership, build relationships and make forever friends.”

Northam’s civic-responsibility roots bloomed in high school. His parents, teachers, coaches and other mentors encouraged him to give back and go into public service. As an adult, he recognized challenges in health care and the Chesapeake Bay, an issue very personal to him as a native of Virginia’s Eastern Shore.

“I realized that I could complain about it or I could make a difference,” he said.

Northam first ran for office in 2007 and was elected to the state senate in 2008. He served six years in this role, then as lieutenant governor, until elected governor this year.

“It has been a tremendous privilege,” Northam said. “Despite my efforts, it’s time for folks like you to step up to the plate. We still have tremendous challenges we face in Virginia, across the country and the world. How are you going to make a difference and change people’s lives?”

To get their wheels turning, Northam offered the young men advice to consider as they step away from Boys State, graduate high school and navigate their next journey. Aim high, don’t worry about failing, help others, register to vote and, most importantly, “Don’t ever forget where you came from,” Northam said.

“Be sure to remind your loved ones how grateful you are. Thank those who have allowed you to be who you are,” he said. 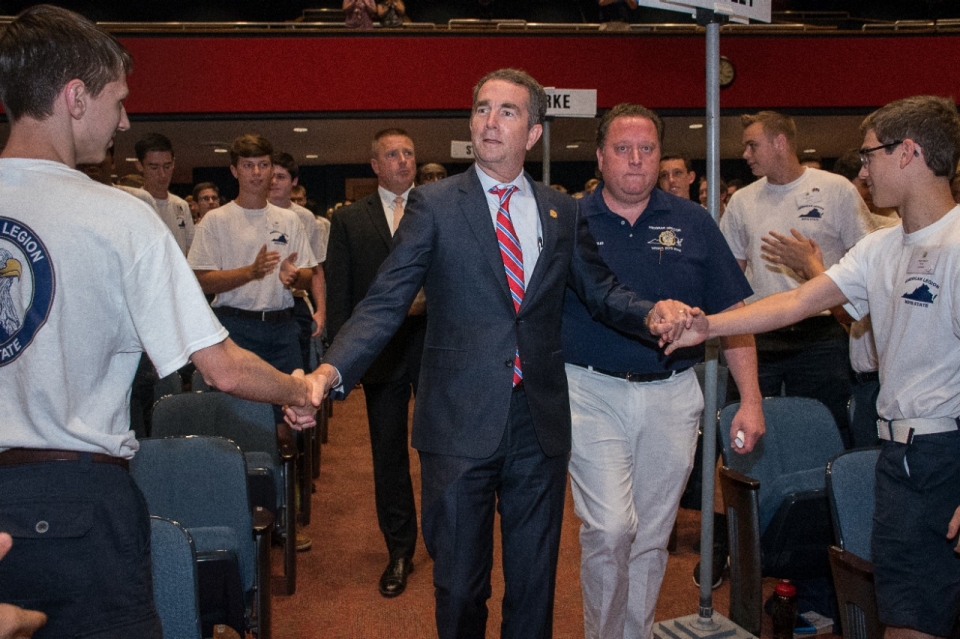