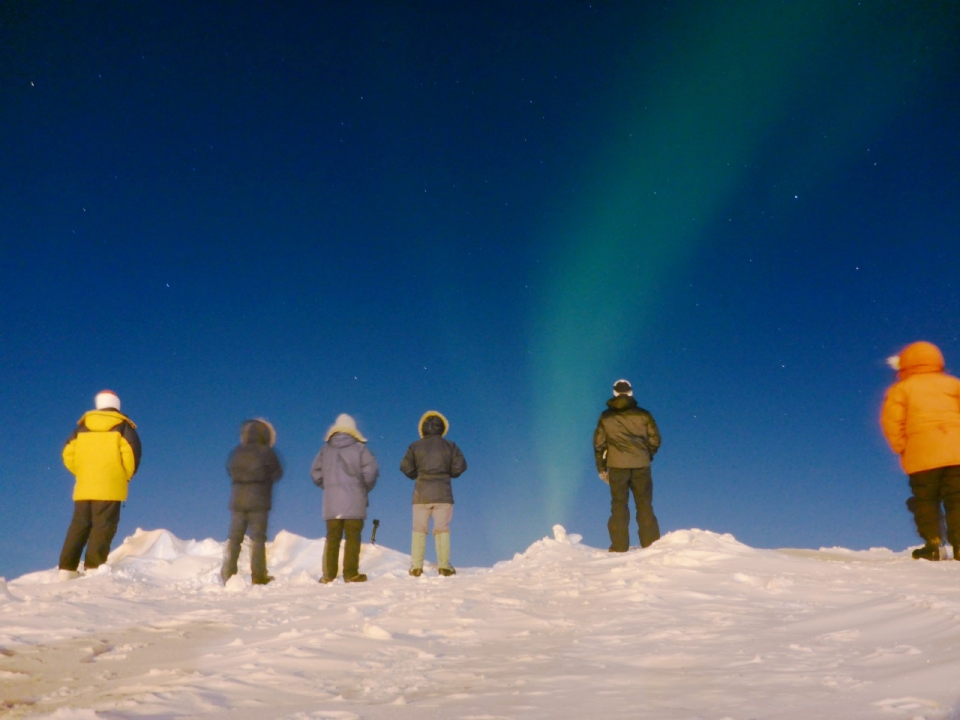 As hundreds of Radford University students study abroad this summer, others are reflecting – and some still thawing out – from a research trip to Alaska on Feb. 24-March 10.

Department of Physics Professor Rhett Herman led students in the university’s PHYS 325 Arctic Geophysics class to Utqiagvik (formerly-known as Barrow), a city of about 4,000 and the northernmost city in the United States.

The bi-annual trip, Herman said, is the heart of the class, as is the research conducted while braving frigid temperatures and Arctic winds.

“Our scientific goal is to develop a method to measure the thickness of the sea ice quickly over a large area,” Herman said. “Believe it or not, no one – not NASA, not NOAA, etc. – can do that yet. We have some ideas, and the goal of this class is to develop and test our own ideas.”

Before students embark, they spend classroom time preparing the custom-made equipment used to conduct research out on the ice: the Compact Arctic Research Tech Transport (C.A.R.T.T.); a micro-resistivity array; an “ice seismic” monitor; and an OhmMapper.

Maintaining and operating the equipment, used each trip by a new cohort of student-researchers, is no easy task.

“Because of the extreme cold, things breaks, things don’t work, people can’t function and our normal labs, equipment, tools and supplies are simply not there,” Herman explained. “We are forced to be creative and to get a lot of work done in a frighteningly-short two weeks. But we managed to get things done, fix broken equipment, re-design our own equipment at night before re-deployment the next day, and obtain the data that is contributing to our continued success with this work.” 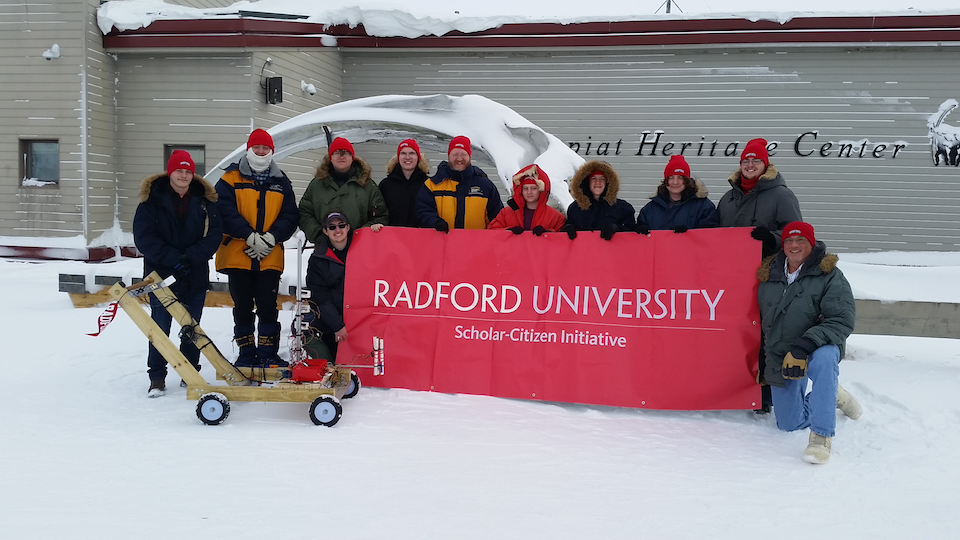 A memorable moment and definite highlight of the trip were the spectacular aurorae sightings, which appeared both the first and second week.

“We got our gear on to go look at these (it was about 25 or 30 below zero) and went to a place near the edge of the grounds of the Naval Arctic Research Laboratory, where we were staying. When we got to this place next to the ice, the students were just mesmerized. I snuck back and put my camera on a 30-second exposure and set it down. I didn’t say anything, and I simply hoped they didn’t move much. It turns out they didn’t move at all.

When you see something like this, it’s time to just stop. There’s nothing to say anyway since what you’re seeing is actually out in space and is the result of Earth’s magnetic field deflecting the deadly radiation particles that our life-giving sun is hurling toward us…It’s a cosmic catastrophe turned into an awe-inspiring display that so few humans ever get to experience.”

Upon return to Radford, students analyzed the data during the spring semester and will be presenting their findings this December in Washington, D.C., at the Fall Meeting of the American Geophysical Union (AGU), the world’s largest gathering of earth and space scientists. The conference historically has more than 23,000 attendees each year from every continent, including Antarctica.