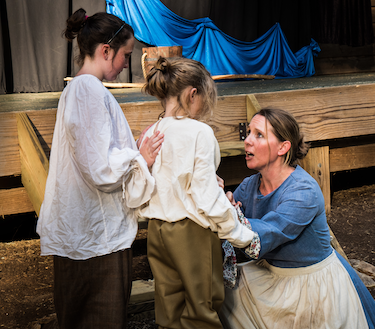 “Walk to Freedom – The Mary Draper Ingles Story” depicts a local frontierswoman’s dangerous journey back to the New River Valley after being kidnapped and taken to the Kentucky-Ohio border in 1755.

The original play, “The Long Way Home,” ran from 1971 to 1999. With the inspiration of showcasing the history of the people in the New River Valley, the play was revived and simplified. Kathleen Hershberger and Young began rewrites of the original script for its 2017 production – the first since 1999. It was produced last summer as a staged reading at Nesselrod Bed and Breakfast.

“We are taking the new version of the play up a notch this year by taking away the scripts in hand and adding some further technical involvement,” Berg said.

Mary Draper Ingles was captured in 1755 by Shawnee Indians during a massacre in Draper’s Meadows, located in Blacksburg, during the French and Indian War. Ingles is widely remembered for her dangerous 600-mile journey back to the New River Valley.

Ingles was kidnapped along with her two children, while her sister-in-law’s infant was killed in the massacre. One of Ingles’ children was held captive for 13 years and was later ransomed back to the family, the other child died during captivity.

“This is a story about someone who desired to be home and at some point in our lives, we are all going to be in that position,” Berg said. “In addition to research, I use theatrical license and the human nature of aching to be home to make her character come alive to the audience.”

Ingles went through many trials to get home, from foraging for food to crossing rivers without knowing how to swim. 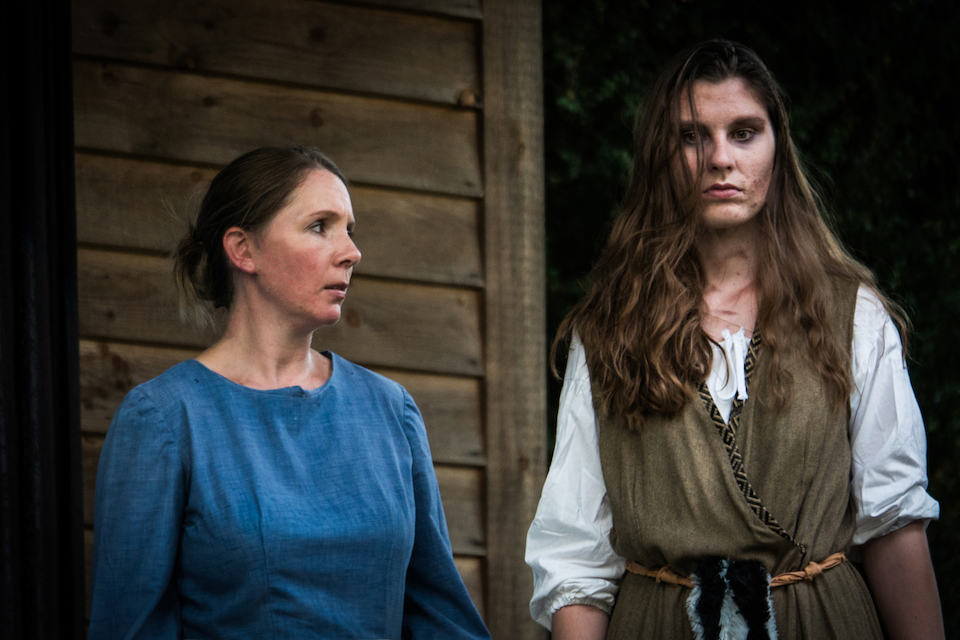 “The play is very physically demanding, we don’t just stay up on the stage the entire time. We are out in the audience leaping and jumping and pretending we’re coming upon a river,” Berg said. “We are truly using the space we have to really get into the play.”

After returning to the area, Ingles and her husband moved to Bedford County and eventually settled at Ingles Farm in Radford. “After the massacre, Mary couldn’t stand to stay where the tragedy occurred,” Berg said.

The play showcases the trials and tribulations of a young woman facing all odds to return home to her family.

“It’s good for an area to have pride in its history and Mary was certainly someone to be proud of in making that journey home. She is a local heroine and she had the determination and courage that not all of us possess,” Berg said.

The outdoor production has six remaining dates: July 13-15 and July 27-29. The July 28 performance is on Mary Draper Ingles Remembrance Day. Tours of Ingles Farm are also available on remembrance day.

For tickets to “Walk to Freedom – The Mary Draper Ingles Story”, visit https://www.marydraperinglestrail.com.