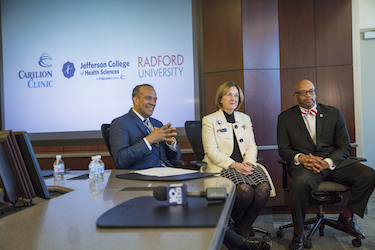 On July 17, Radford University's potential merger with Jefferson College was named one of The Roanoke Times' political all-stars.

Radford and JCHS have a history of productive collaboration, including:

To learn more, go to: https://www.radford.edu/content/JCHS-RU-merger/home.html.