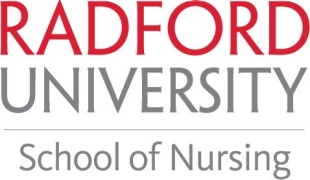 Graduates from the SON’s December 2016 and May 2017 combined to post a pass rate of 93.9 percent on the test to exceed the 83.2 percent national average for Bachelor of Science – Nursing (BSN) programs. Radford’s first-time test takers also exceeded their Virginia colleagues’ pass rate of 89.1 percent. Eligibility to sit for the NCLEX is contingent upon successful graduation from an accredited BSN program.

The examination is administered by the National Council of State Boards of Nursing and is a nurses’ final step toward professional licensure. Its goal is to ensure entry-level nurses are safe to begin practice.

In 2016, 62 of the 66 candidates from the SON’s Radford and Roanoke sites passed the exam and are now eligible for licensure in all 50 states.
SON Director Tony Ramsey said the continued success Radford students have shown on the NCLEX reflects the SON’s rigorous curriculum and challenging culture. 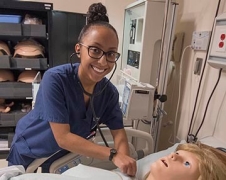 “The successful pass rate on these tests is a testament to the talented and motivated students in our program and the dedication and passion of their faculty,” Ramsey said. “The best and the brightest turn to Radford which is being recognized regionally and nationally.”

In October 2017, Radford’s Roanoke and Radford School of Nursing (SON) programs were rated the No. 4 and No. 7-ranked nursing programs of 49 Virginia nursing education programs.

Rigorous nursing education and committed students have helped nurses achieve and maintain an important honor – public trust, said Ramsey. The 2017 Gallup survey of professional honesty and ethical standards indicated that Americans consider nurses to be the most trustworthy occupation. For 16 years, nurses have topped the list of trusted professionals.

Sources: National Council of State Boards of Nursing, Virginia Board of Nursing