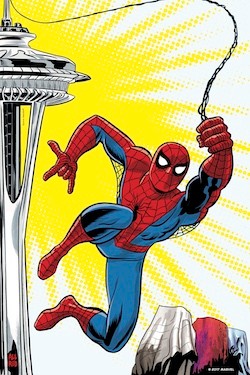 Promotional image of the MoPop exhibit. Image courtesy of MoPop.

With more than 16,000 comic books in his collection, Radford University School of Communication Director Matthew J. Smith channels his love for and knowledge of comics into being co-curator of the “Marvel: Universe of Super Heroes” exhibit in Seattle’s Museum of Pop Culture.

Smith’s journey to becoming co-curator started off as any normal day. After reading an article in Entertainment Weekly with an incorrectly attributed illustration, Smith wrote a letter – which was subsequently published in the magazine.

A few days after Smith’s letter was published, an email arrived from Christoph Scholz who works for a German company called SC Exhibitions, who was in conversations with Marvel’s European branch to create a traveling museum dedicated to Marvel Comics. Scholz needed a scientific advisor for the exhibit and Smith’s historical knowledge of comics and continued hands-on application led him to become co-curator – filling the walls of the museum with story of the Marvel Universe.

Smith turned to Randy Duncan, his co-author on “The Power of Comics: History, Form and Culture,” to assemble his team of comic avengers – who instead of saving New York City – unleashed the history of Marvel to the general public.

“I feel like I’ve been training my whole life to do this kind of work; Comics are my avocation,” Smith said. “It’s been a combination of me being a lifelong reader and a scholar for nearly 20 years in this area.”

Being a lifelong reader - Smith even has the first comic in which Deadpool makes an appearance - has allowed Smith to tell the real story of Marvel through the years.

“Why is it that these stories are some of the most powerful that we are telling right now,” Smith asked. “The great thing about working with Marvel directly is it has enabled us to tell the story of Marvel in a way where we don’t have to skirt around a lack of access. We can tell a coherent, powerful story because we are unimpeded by restrictions.”

That official list includes artwork, images, pictures, costumes that have appeared in the comics, TV shows and movies. One of the costumes includes the Spider-Man suit worn by Tom Holland in “Spider-Man: Homecoming.” 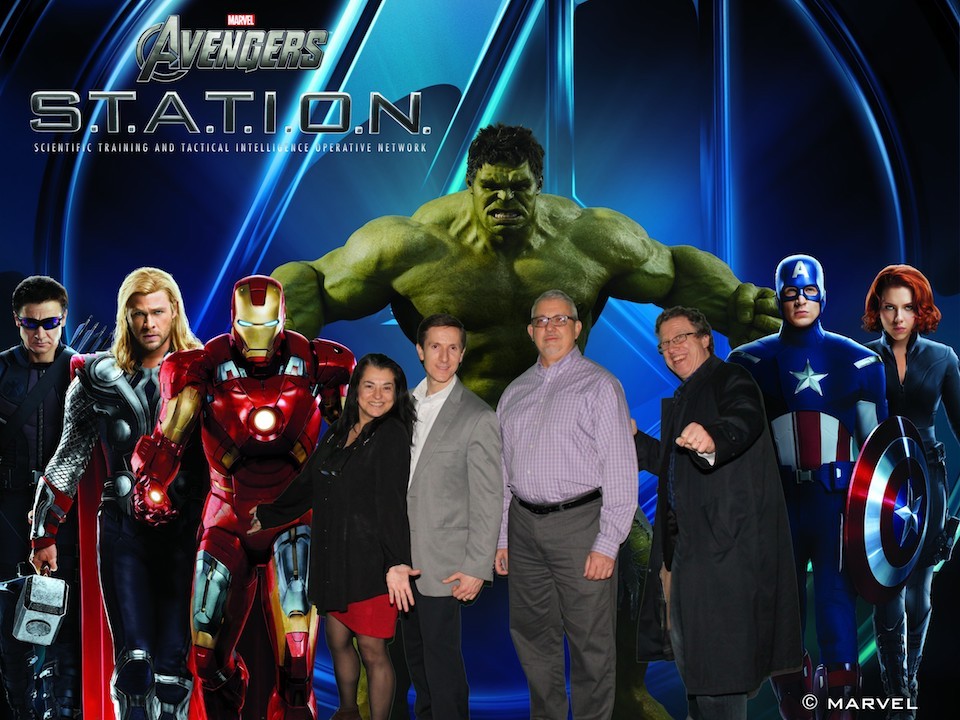 Smith said the process of including artifacts began with a wish list.

“We started out wanting a few very specific things, but then it was a process of negotiation for some items,” he said. “Part of it was trying to actually find some of the artifacts because things have been lost. One of the early things we really wanted was Stan Lee’s typewriter, but Stan had no idea where it went. We created a space where we are honoring Stan Lee, but we’re going to have a replica typewriter.”

Another item on the team’s wish list for the museum is Jack Kirby’s drawing table. Kirby, the comic book artist who collaborated with Lee to create many of Marvel’s most iconic figures, is considered to be one of the medium’s top innovators and one of the most influential creators.

“Kirby worked with Stan Lee to create basically everything people know about the Marvel Universe, from the Avengers to the Fantastic Four and the X-Men, all of that came from their collaboration. All those characters were rendered for the first time on that table.”

In addition to being co-curator for the Marvel museum, Smith leads a field study each summer to Comic-Con International in San Diego, where students conduct research first-hand on various trends or topics in pop culture.