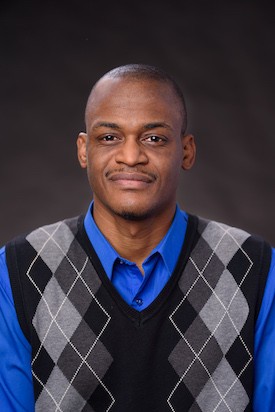 Drones bring about thoughts of Sci-Fi classics, such as Terminator, which had SkyNet using drones to search for and gather people.

Even though the technology has advanced at a rapid pace, drones of today are a far cry from what was devised in the minds of filmmakers.

‘Shawn Smith, assistant professor of Criminal Justice, is interested in the information collection possibilities that are possible through the use of drones. Although the research is still in the exploratory stages, Smith has identified potential key areas of research.

One area is using drones to explore concepts that come up in courses, such as environmental criminology or place-based criminology, where the study of crime in an environment is a key feature.

“Rather than focusing on crime as a function of what individuals do, the course looks at crime as a perspective of how an environment, man-made or natural, influences whether or not people break the law or conform to it,” Smith said.

Most theories and practices look at crime from an urban understanding, typically where the research has been conducted. But cities are not the only places people live, Smith said.

“My colleague, Egan Green, and I went out to Selu Conservatory this past spring,” Smith said. “We started flying the drones around with the idea of trying to capture some of the spaces where particular crime could occur that you wouldn’t normally read about.”

[This research] is coming out of genuine interest in drones and an understanding that they can be used for beneficial purposes or malevolent in their usage.

That led Smith to explore the use of drones for crime scene investigation, such as using drones to identify missing person or discover bodies. Drones have been used to assist first responders in searching for people while providing minimal risk to the first responders themselves.

In 2015, NPR reported that North Dakota had become the first state to legalize law enforcement use of drones armed with tear gas, rubber bullets, bean bags, pepper spray and tasers.

“They are mounting a dispenser of those kinds of items onto an aircraft that can fly up to 400 feet in the air and be relatively quiet,” Smith said. “You can have a drone flying and it is not like it is a plane or something loud in the air. It is very possible that you wouldn’t hear it until it is over you.”

Smith hopes to begin bringing drones into the classroom and begin having real conversations about the useful applications of a drone, including ethical considerations.

“I’d like to be able to take students to a rural setting and have them experience what it would be like to try and identify crime hotspots in a rural setting without just talking about – but taking a real look at a scenario,” Smith said. “That’s what we’re able to offer the students in our department. Not just a theoretical foundation in crime and criminal justice, but exposure to some of the actual settings and technology that they will need to be aware of or fluent with in the field.”