Renowned data scientist showcases the path to the future 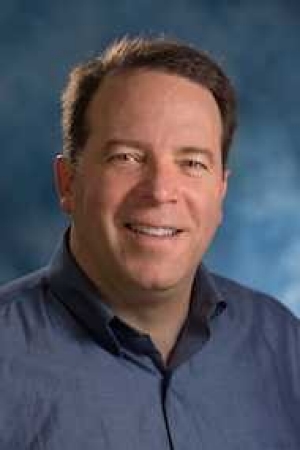 Radford University students received a glimpse into the future when John Elder shared highlights from his 23-year career as a data scientist.

A recognized expert in this field, Elder is the founder of Elder Research, one of America’s most respected and experienced data science organizations.

As more information is gathered from nearly every source imaginable, data science will enable Information Technology professionals to predict potential outcomes based on the material being collected.

Elder’s presentation highlighted several data success stories, including a pharmaceutical company that was convinced to invest a billion dollars in what became one of their most effective drugs and helping another organization exceed S&P stock market results over a 12-year period.

Elder co-authored three award-winning books on analytics, was a discoverer of ensemble methods, chairs international conferences, and is a popular keynote speaker. Elder is an adjunct professor of Systems Engineering at the University of Virginia.

Elder said he was impressed with the friendly and pleasant atmosphere on Radford’s campus.

“It seems like there is a good attitude about learning, and everyone is very welcoming and eager to engage," Elder said.

After touring campus, he emphasized that the facilities at Radford punch against their weight. “The smaller universities will be better than the bigger ones,” he said. “To have fantastic facilities along with engaging professors is a terrific combination.”

His advice to prospective students is to be sure to observe the essential things instead of being persuaded by popular names.

“It’s easy to be influenced by the reputation of an athletic team, but the important considerations are the qualities of professors and the happiness of the student life,” Elder said.

Elder Research was founded 1995 and has offices in Virginia, Washington D.C., Maryland and North Carolina.