Differences between memory and history 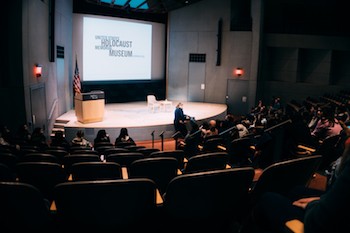 With first-person, eyewitness accounts of the Holocaust fading away, School of Communication Associate Professor Sandy French sought to continue the discussion of public memory by creating a course that studies memory, history and challenges in communicating historical events.

COMS 414 - Critical Analysis of Public Discourse, which focuses on the Holocaust, was developed back in 2015 when French was selected through a competitive process to travel to Berlin for research on Holocaust museums, monuments and memorials. The research led French to the Jack and Anita Hess Faculty Seminar in January 2016, where she was one of 20 educators to attend the weeklong event.

In the course's second iteration, the group attended the Holocaust museum in Washington D.C. on March 16 with funding from High Impact Practices.

“The trip felt like a once in a lifetime opportunity,” said Sarah Derrick from Virginia Beach. “We were able to walk through the museum, listen to a Holocaust Survivor speak, and speak with the museum’s academic staff about the museum and about our projects for class.”

While at the museum, the class was able to speak with employees of the Jack, Joseph and Morton Mandel Center for Advanced Holocaust Studies, which included Robert Ehrenreich, director of National Academic Programs; Steven Feldman, Emerging Scholars Program Officer of National Academic Programs; and Judith Gerson, professor of sociology from Rutgers University and visiting museum fellow. 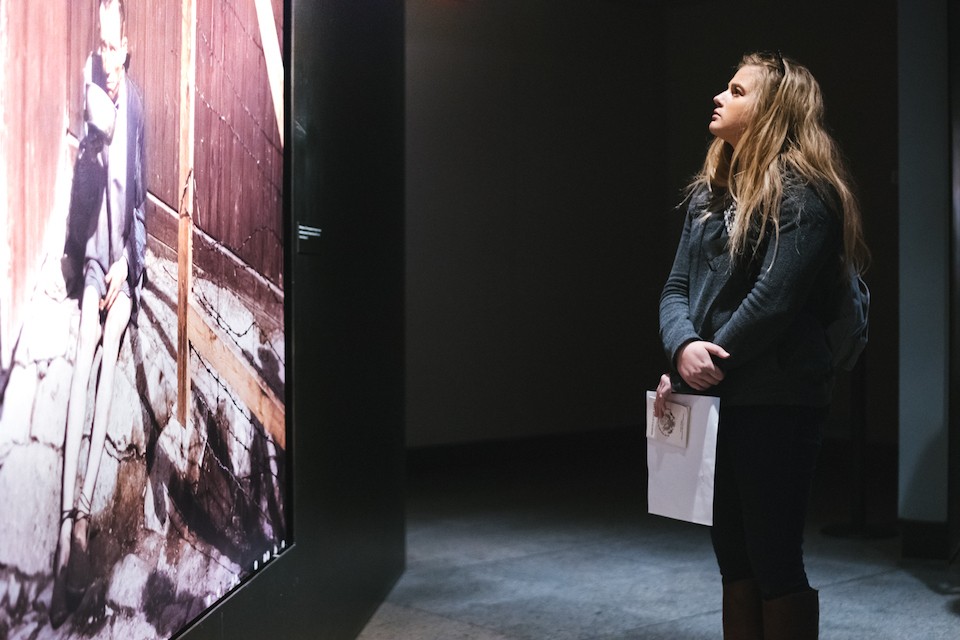 “Being able to apply an area of study that fascinates and encourages me to learn, know and understand more is what higher education should be about,” said Kristin Cooper from Spotsylvania. “This trip was the epitome of that; it didn’t stop at the application of course materials, but encouraged a deeper understanding of communications and other disciplines while opening us up to all the opportunities and places the study of communications influences.”

A museum is a perspective

When you walk into Washington D.C. Holocaust museum, you descend in a small, cramped elevator into the main exhibit. A voiceover about liberation plays during the descent – then the doors open into a sprawling scene of survivors being freed.

“A student said it was the American perspective of liberation,” French said.

The study of human memory isn’t housed within one discipline – communicators, sociologists, historians and psychologists all study it, French said.

This hands-on learning experience is just another example of how Radford University is dedicated to their students becoming well-versed in their chosen major.

“How do you create something that represents a specific time period?” French asked. “That’s a purpose of this course – a study of discourse and memory. Memory is contextual. A World War I memorial means something different now than it did 50 years ago. We traveled to the museum so students could see how something timeless is created and portrayed.”

“Museums are traditionally viewed as a way to communicate history, but this class forces you to unconsciously look at everything in a manner of why, why they chose that display, why did they use those specific words, why is it placed in this location and the purpose of those factors,” Cooper said.

The decisions that go into creating a museum are deliberate, she said. “We need to be aware of those questions so we can really think through those rhetorical purposes and aware that nothing in a museum or memorial is an accident and elicits some kind of emotion or action intentionally,” Cooper said. 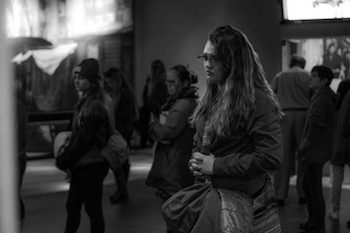 Mckeever Henley from Blacksburg noticed that the design of the museum impacts the emotional connections felt by visitors. “We walked through the Holocaust museum and tried to mentally break-down how this museum's designers were intentional in the architecture and exhibit design,” he said.

The museum is undergoing a refurbishment process expected to be completed in 2019. The refurbishment is adding in information gained from the recent access to Holocaust information from Eastern European countries which was inaccessible during the museum’s construction due to the Cold War.