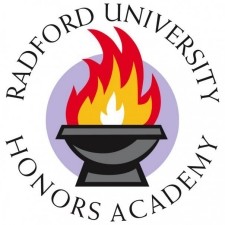 The annual Quiz Bowl Tournament – "the varsity sport of the mind" – will be held on Saturday, Sept. 30 in Heth 43. The preliminary rounds will take place from 9 a.m. until noon and the final rounds will be from 1-2:30 p.m.

“The Quiz Bowl will have a new, fun dimension with the inclusion of Radford faculty and staff,” said Honors Academy Director Niels Christensen. “We look forward to a day of friendly, but fierce, competition that will plumb the campus community’s deep knowledge of literature, history, geography, government, the sciences, math, art, popular culture and sports.”

The Radford Quiz Bowl is a team version of the popular television show "Jeopardy." Registration is now underway and open to any Radford University undergraduate student. Teams compete for cash prizes. The top ten individual scorers will also be invited to try out for the five openings on the Radford team that will compete at High Point for the upcoming conference event.

Registration is open until the tournament is full, or Monday, Sep. 25. For more information, call the Honors Academy at 831-6125 or visit the Quiz Bowl website.

Players can sign up as an individual, a partial team of two or three players or a full team of four or five players. For the event, single players and partial teams will be combined to create complete teams and twelve teams will fill out the tournament. After that, interested teams and players will be placed on a wait-list.