In central South Carolina, Celtic-folk rock band SYR (pronounced sire) draws upon the themes of Scottish legend and lore to craft their own unique sound, which venture to the New River Valley when SYR performs at 11 a.m., 1 and 3 p.m. on Oct. 21, 2017 at the Radford Highlanders Festival.

Lead singer and founder Kyle MacCallum – and his sister, Laurel MacCallum – took the groundwork of the folk genre he gained during his childhood and used it to craft a band that fit the specific sound for which he was looking.

The siblings had varying musical influences outside of their childhood. Kyle MacCallum played in various metal bands growing up, while his sister primarily sang jazz.

“It was quite a transition from my perspective from hearing the family metal band practices in my garage,” Laurel MacCallum joked. “That sound [Kyle] was looking for – he ended up just writing a ton himself. I think he could feel the direction in which he wanted to go.”

That direction, in part, was steered by themes important to Kyle MacCallum – battle, love, loss and heritage.

“I feel like a lot of those themes have modern value,” MacCallum said. “It still seems to correlate with what we’re going through today, but we like to leave SYR open-ended so you can get whatever you want from it.”

In the early days of SYR, the band added a bit of folk to modern songs during live shows. This process involved altering chords and adding in fiddle parts. 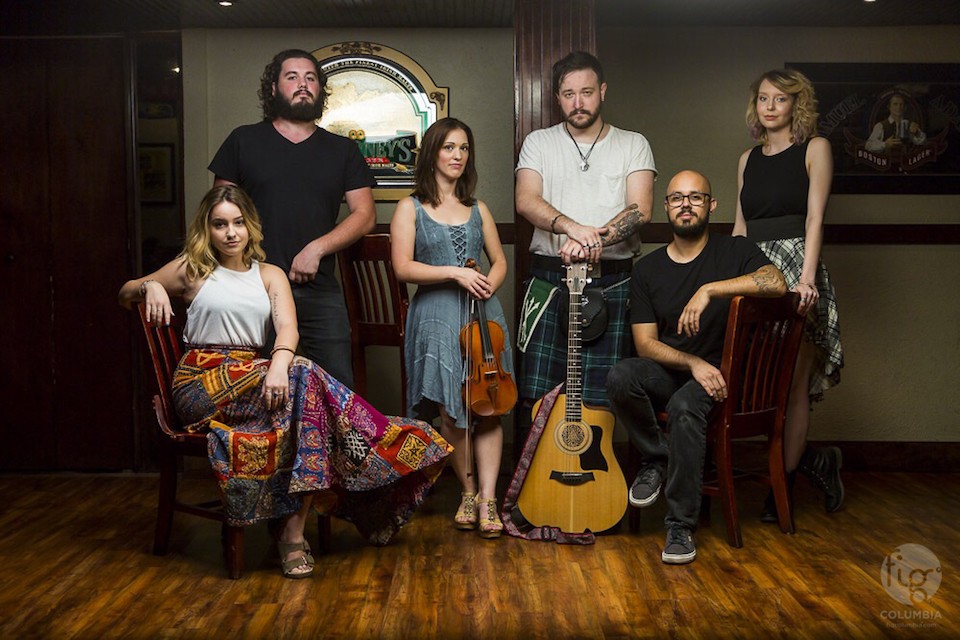 But now that the band has matured and grown, SYR primarily plays their own material during live performances.

The upcoming release of SYR’s new album “The Winter King” is a mix between Celtic and Pictish history with a touch of Arthurian lore.

“The really Arthurian legend is around the Celtic time-period, not what we know as King Arthur and the medieval knights,” MacCallum said. “It’s predating the original stories, it’s more of the Celtic and Pictish lore and mythology. We sing about mythology and mythological characters. We put our own spin on everything.”

“The Winter King” is an evolution of the groundwork and artistic nature present in SYR’s freshman effort.

“I kind of like the idea of starting our first album off strong,” he said. “We did that. We try to put a lot of thought into the transition and how each song makes you feel. If you stack all the happy upbeat songs on the first half of the album, then you are just left with a depressing sadness and you don’t get picked back up.”

Laurel MacCallum said that the first album represented who SYR was as a band at that point in time.

“We talked about real stuff,” she said. “These themes have been consistent for years, obviously. I think it helps us find our true sound. We were writing these songs – and we love that first album – it was a great starter. I think after that, with this second album, it really sounds a lot like our niche. It is high energy mixed with historical themes. It’s bigger and it has more intricate musical components and a lot more attention to detail.”

In a departure from their first album, which kicked off with a bang, “The Winter King” opens with a dramatic, theatrical song called “Òran na Gaoithe,” which is Scottish Gaelic for “Song of the Wind.”

“I feel like it draws people in a lot more. It’s attention-grabbing to hear some background stuff start to fade in, like the wind,” MacCallum said. “It’s something that I think will hopefully keep people interested because they are curious and will follow the intro right into the rest of ‘The Winter King.’”

In the fall, SYR is performing at a few festivals, including the Radford Highlanders Festival on Oct. 21 in Radford, Va.

“I think these kinds of festivals are really our niche,” MacCallum said. “They’re so much fun. It’s people who are ready to hear something like that. It’s a gathering of our people. It’s what we’re passionate about and what they’re passionate about.”

At shows and festivals, SYR primarily plays their own material, but does play famous songs, such as “I’m Gonna Be (500 Miles)” by The Proclaimers. Any song played, though, has a single purpose – to get the crowd involved and to have them sing along.

“It’s a really inclusive event – everybody can come,” Kyle MacCallum said. “Everybody can enjoy it, whatever your heritage or culture. You can go to the Highland Games or Festival and it’s a fun day.”

MacCallum embodies that heritage during live shows, during which he wears his grandfather’s kilt.

Live performances, including SYR’s appearance at the Radford Highlanders Festival, are ways to enjoy the band’s unique blend of Scottish legend and lore until “The Winter King” is released later this fall.