Radford University interim dean named to Virginia Board of Education 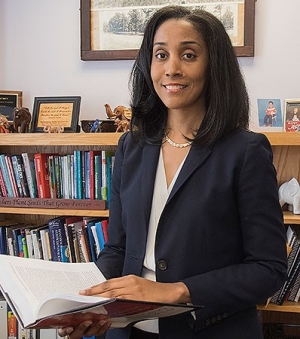 Virginia Gov. Terry McAuliffe has appointed Tamara Wallace, Radford University’s interim dean of the College of Education and Human Development (CEHD), to the state’s Board of Education.

Her term on the board began Oct. 1.

The Board of Education consists of nine members appointed by the governor, subject to confirmation by the General Assembly. Members are appointed to serve a term of four years.

Wallace previously served as CEHD’s associate dean and director of field experience, where oversaw development and implementation of policies and procedures regarding admission, retention, clinical experiences, graduation and licensure for candidates in 22 educator preparation programs.

Prior to her selection as associate dean, Wallace served as the assistant director of the School of Teacher Education and Leadership and was a professor in the elementary education program for eight years. She began her career as an educator in Roanoke City, first as a middle school teacher and later as an assistant principal.

“Dr. Tamara Wallace is a true expert in public education, both at the PK-12 level and in higher education teacher preparation,” said interim provost Kenna Colley. Colley was serving as the dean of the College of Education and Human Development at the time that Wallace's appointment was announced. “She actively advocates that all students need to have equitable access to learning, resources and opportunities. Her knowledge and experience will be of incredible benefit to the Virginia Board of Education. We are honored that Gov. McAuliffe chose her to serve.”