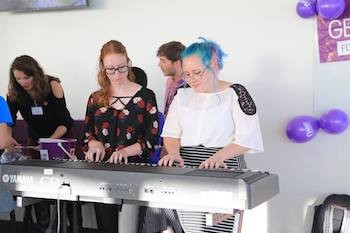 Seniors Lizzy Kunde and Kate Leonard traveled to England to attend the International Conference of Students of Systematic Musicology, a conference setup and run by graduate students. The international travel was funded in part by Department of Music and the Office of Undergraduate Research and Scholarship.

Kunde said that the pair had the idea to present a research project in fall 2016 and fast-tracked the idea to get it conference-ready before fall 2017.

Both Kunde and Leonard said the timeframe was stressful because they had to go through IRB, conduct research and get the project presentation-ready on top of their other academic duties. The students conducted their research in spring 2017.

“We looked at how personal identity affects what music you don’t like and how that could be applied to music therapy,” Kunde said. ““The research opens another avenue for exploration today through the understanding of someone's background, such as where they came from, and how that could radically affect their music preferences.” 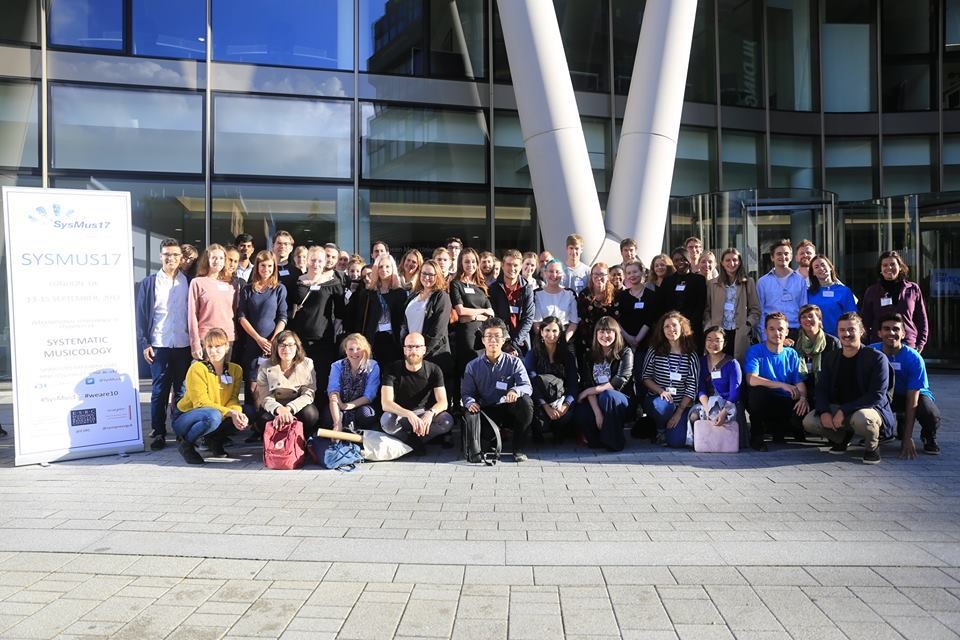 The International Conference of Students of Systematic Musicology participants.

The students used samples of songs from five genres, including country, heavy metal, classic rock, electronic dance music, and hip-hop and rap. To ensure a common judgment level, the researchers normalized the maximum volume level and removed the vocals from the portions of the songs played.

“When we played the heavy-metal sample for people, many of them thought it was louder,” Leonard said. “It had really thick, layered guitar, drums and bass with the notes in quick succession. It seemed louder than it really was.”

Lyrics were removed from the samples because of the difference lyrics can have on perceptions of a song or artist, both students said.

“I really like the sound of Imagine Dragons,” Kunde said. “I don't necessarily associate with people that tend to like Imagine Dragons. Part of our research was determining if it was a musical idea or is it a cultural association that impacted musical preferences.”

During the presentation, the students fielded questions regarding music selection, vocal removal, scientific method and other topics.

The two students have been accepted to present their poster and research at the national conference for the American Music Therapy Association held in St. Louis Nov. 16-19.