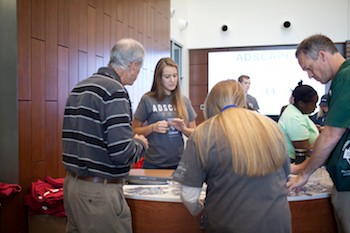 High school students from across the Roanoke and New River valleys attended Adscape at Radford University on Oct. 26, an in-depth workshop focused on the field of communications.

The event was sponsored by Radford University’s Office of the Provost, Office of Enrollment Management, the College of Humanities and Behavioral Sciences and the School of Communication. Additional sponsors included ColorsVA, Mountain Valley Transportation, Lawrence Companies and Cuz’s Autobody Repair.

“Our goal was to reach 100 students,” said Leigh Anne Kelley, a Radford instructor who co-founded the event with Jamal Millner, owner of M3:Grafix, chair of the diversity committee and past president of AAF Roanoke. “We reached out to some different schools that we hadn't worked with before. And we tried to do more with the with the school systems that we had worked with before.” 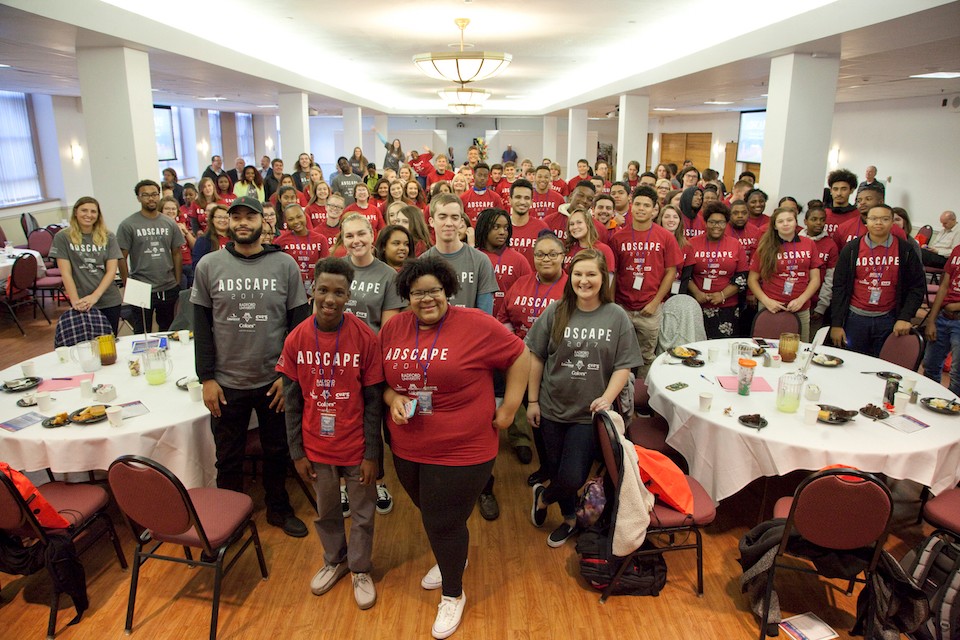 “I have to give all the credit to the event’s creators, Jamal Millner and Leigh Anne Kelly,” said Stefanie Brown, president of the Roanoke Chapter of AAF. “They have turned this into such an extraordinary event for AAF Roanoke. This was their brainchild and I could not be prouder of their achievement in bringing Adscape to so many students in just four years.”

Millner said that one of the goals of Adscape was to show students of all backgrounds the “like me” factor in these fields.

“As a black male, I have been to diversity events where they are not diverse at all. The goal was to have an inclusive and truly diverse event that will have black males make up 10 percent of the attendees,” Millner said. “We also wanted to be sure that our female attendees could see successful women who are leaders in their field. If a student sees someone like them who is successful they may decide to go into that field.” 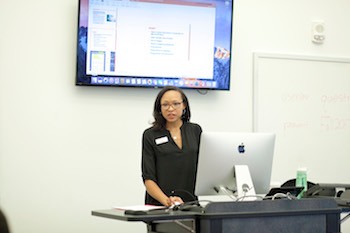 Those efforts have paid off for Adscape, which has been recognized for the strength of its diversity efforts with National Club Achievement awards and a national AAF Mosaic Award that recognizes outstanding student multicultural programming.

One of the presenters, Instructor Kim Herbert, introduced students to the study of public relations, where she discussed focus groups, career path, ethical boundaries and other topics in the field.

“What I tried to get across to them about ethics is that it starts with you as an individual,” Herbert said. “It’s as far as you're willing to go before you have a problem with something.”

The public relations session also included other hands-on activities to stimulate thought about what the field is really like.

In another session, Brown covered the constantly changing landscape of social media, during which she discussed strategic integrated marketing plans, the speed at which social media platforms are adopted and how different users consume social media.

“Everyone in a marketing or communications job will at some point have a component of social media integrated into their job duties – from a print designer creating and coordinating social skins to a copywriter reworking ad copy to fit a 280-character tweet,” Brown said.

The focus of the other panelists and the event itself was on the career potential in the field of communications.

“It's really important for the students to be able to see these different topics that they can study and how they connect to careers,” Kelley said. “It’s the reason we chose some of some of the panelists.”