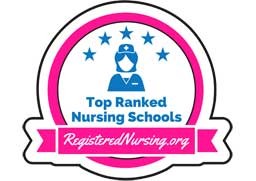 Radford’s Roanoke and Radford School of Nursing (SON) programs have been rated the No. 4 and No. 7-ranked nursing programs in Virginia respectively.

To place fourth, the Roanoke SON program earned a 95.31 score and a score of 93.05 placed the Radford program seventh.

According to registerednursing.org, the nursing programs from across the Commonwealth were “assessed on several factors which represent how well a program supports students towards licensure and beyond.”

“The School of Nursing (SON) has a solid reputation as a preeminent educator of health care professionals,” said SON Director Tony Ramsey. “These rankings are yet another tribute that reflects the Radford SON’s inspired nursing faculty and students.”

Graduates from the SON’s Dec. 2015 and May 2016 combined to post a pass rate of 94.4 percent on the first attempt to exceed the 84.5 percent national average for Bachelor of Science – Nursing (BSN) programs. Radford’s first-time test takers also exceeded their Virginia colleagues’ pass rate of 88.2 percent.

The examination is administered by the National Council of State Boards of Nursing and is a nurses’ final step toward professional licensure. In 2016, 85 of the 90 candidates from the SON’s Radford and Roanoke sites passed and are now eligible for licensure in all 50 states.

Rigorous nursing education and committed students have helped nurses nationwide achieve and maintain a signal honor – public trust, as well. According to the 2016 Gallup survey of professional honesty and ethical standards, nurses are atop the list of trusted professionals.