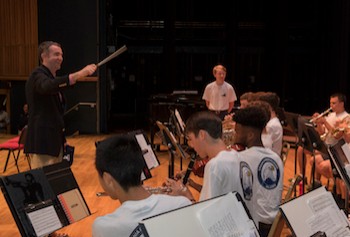 Virginia Lt. Gov. Ralph Northam conducts the 2017 American Legion Boys State of Virginia band during his visit with participants in the Bondurant Auditorium in Preston Hall.

a position that Northam said he was asked repeatedly to discuss when elected.

“I bet you all are wondering the same thing,” Northam said. “A lieutenant governor presides over the senate. In the event of a tie, I break the tie. We’re in session during January and February, and when we are not in session, I work mainly with economic development to bring jobs to Virginia.”

Nicholas Richter, a Boys State participant from Richmond, noticed how the state government looks to help its citizens.

“We’ve heard from a lot of delegates and those kinds of people that we hope to be the future leaders of the Commonwealth and maybe the country. Putting an emphasis on our future is something that I think is really important,” Richter said.

Ryan Murn, a Boys State participant from McLean, noticed that in order to reach that future, the participants in Boys State need to apply what they learn during the week to their communities. 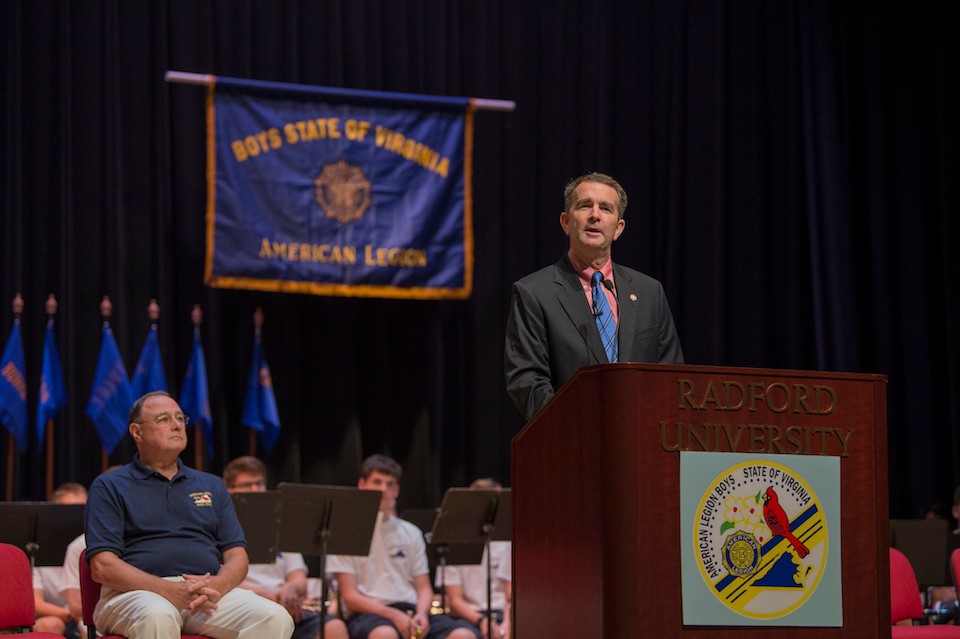 “We should continue inclusiveness, especially for developing communities that are facing discrimination. I really liked that point,” Murn said.

Near the end of his talk, Northam encouraged the rising seniors to register to vote in order to be better involved in the communities in which they call home.

“I encourage all of you to…exercise that privilege on Election Day,” Northam said. “That is very important. The more people we have coming to the polls and voting the stronger our democracy is.”

Northam concluded his talk by reminding the participants to remember their roots – especially after starting a career.

“I’ve seen people just like yourself go and do great things and be very successful," Northam said. "I want to remind you, at the end of the day, the most important thing to you will be your family and your relationships. Don’t ever forget where you came from.”