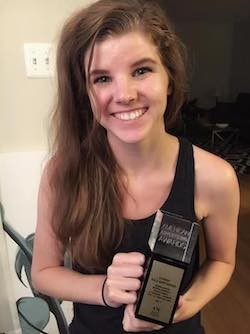 Hession’s entry won in the illustration campaign category for students, which stemmed from a project during her final semester at Radford University.

The digital painting series, “Don’t Let Them Fade Away,” focused on the plight of endangered species and focused on three separate animals: the Amur leopard, the black rhino and the Hawksbill sea turtle.

Hession settled on these animals for a variety of reasons, but two of the driving factors were the location of the animals and facts about each species.

“The major concept of the project was to show awareness of how these animals are on the verge of being extinct, so what better way to depict that than to illustrate them actually disappearing,” she said.

The original concept for the illustrations came from a 3D design course Hession took the fall of her senior year, which included a project based on elephants being poached for their ivory.

“I ended up creating a 3D geometric elephant kind of exploding – it didn't look as morbid as it sounds – and that concept I had ended up being inspiration for these posters,” Hession said. “I knew right away how I wanted to design it before even starting.” 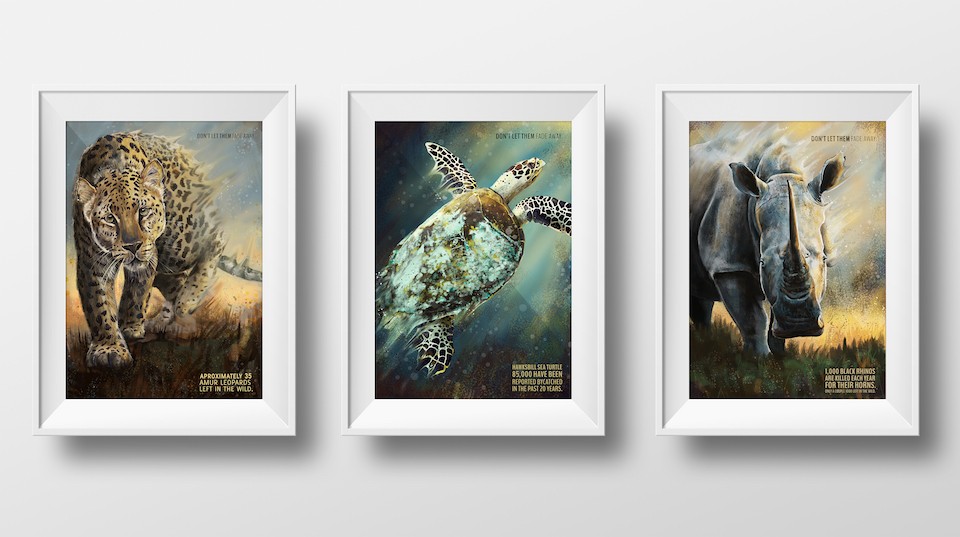 The digital painting series, “Don’t Let Them Fade Away,” focused on the plight of endangered species and focused on three separate animals: the Amur leopard, the Hawksbill sea turtle and the black rhino.

The path to nationals

The highlight of Hession’s experience came back in March, when she attended the local level of the competition in Roanoke. “Every year the goal was the same – every time a Radford student wins we have to cheer the loudest and hopefully by the end of it we are losing our voice,” she said.

When her entry and name was announced as a gold winner in Roanoke, Hession recalled her professors cheering louder than anyone else.

“It is always a great experience to be surrounded by people with the same passion as you and being able to see all of their hard work displayed for the competition,” she said.

What Hession is doing now

Even though Hession began working before receiving the national American Advertising Association award, the project helped get her become a graphic designer at DECA, a nonprofit organization that works to prepare emerging leaders and entrepreneurs in various fields.

“My boss was blown away by my illustrations and he thought that skill would help DECA grow with their merchandise, magazine spreads and other projects,” she said.

As part of her job, Hession primarily creates custom designs for chapters and organizations, but also assists DECA’s communications department with conference programs and collateral materials, the DECA magazine and other design work.