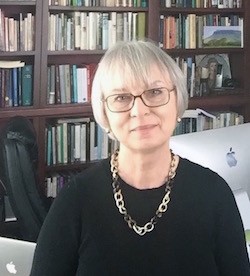 James Joyce scholar and Professor of English Jolanta Wawrzycka continues to share her decades of expertise of all things Joycean.

Wawrzycka published two books with a third forthcoming. One of the books, “Reading Joycean Temporalities,” was officially published on Oct. 19 and resulted from Wawrzycka’s attendance at the August 2015 “Timeagen” workshop at the Zurich James Joyce Foundation.

“During the workshop scholars from different backgrounds and cultures analyzed certain passages with an eye on how narrative time operates: it can present events only in a sequence, even if the events occur at the same time. Joyce mastered the technique of showing simultaneous events even as we have to read about them word-by-word and page by page,” Wawrzycka said. “Also, as we read, time is passing for the reader, but it may stand still in a book. The essays in ‘Temporalities’ came directly from the workshop that tackled how language can create the illusion of time flowing or standing still.”

Rosa Maria Bollettieri, was a part of the workshop and initiated collaboration on the project, but passed away during project. Wawrzycka resolved to carry on in her honor.

In the second of the three books, “Portals of Recovery: Fritz Senn on Reading, Homer, and Translation,” Wawrzycka transcribed and co-edited, with Erika Mihálycsa, a series of conversations with Senn, the renowned Joyce scholar, who has been in charge the Zurich James Joyce Foundation since its creation in 1985. The original conversation was published in “Scientia Traductionis,” but over the years new materials from Senn have been added published in 2017 as “Portals of Recovery.”

“The purpose of the interviews, and now of this book, has been to focus solely on [Senn’s] tools of the trade and to foreground his thoughts on – and experiences with – (re)reading, (re)translating, and (re)visioning Joyce’s works,” Wawrzycka said. 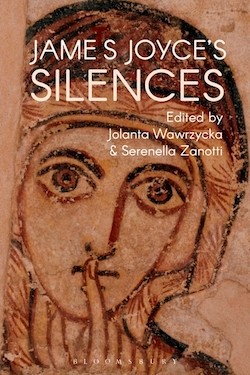 The cover of Wawrzycka's forthcoming book, "James Joyce’s Silences." The image is from the National Museum in Warsaw, Poland.

Coming out in February is Wawrzycka’s co-edited book titled “James Joyce’s Silences,” which explores how Joyce approaches silences in his texts. The book is divided into four parts: the language of silence, the aesthetics of silence, writing silence and translating silence.

“Rosa Maria came up with the idea for the Joyce’s Silences panels at the 2013 Zurich Workshop,” Wawrzycka said. “She then proceeded, in her all-inclusive fashion, to round up presenters and to co-organize, with Serenella Zanotti, a memorable three-session panel, ‘Silencing Joyce: Omission, Absence, Translation and Beyond,’ at the 24th International James Joyce Symposium held at the University of Utrecht in 2014.”

The theme of inclusivity and cooperation is something that drove Wawrzycka to working on each of these projects.

“I greatly enjoy collaborative work, which is why there are scholars from so many countries and linguistic backgrounds included in my edited or co-edited publications: Romania, Switzerland, Poland, Italy, the Netherlands, Spain, Canada, Ireland, France, USA, Hungary, Brazil and China,” she said. “Working with others is a great contrast to my solitary work on translations and research.”

Already on the International James Joyce Foundation Board of Trustees, Wawrzycka added to her scholarly accomplishments when she was invited to serve on editorial board of James Joyce Quarterly, the most prestigious publication on James Joyce.

Wawrzycka’s scholarship and efforts also earned her the College of Humanities and Behavioral Science’s 2017 Distinguished Scholar Award in August.

“It’s quite rewarding to work with the top scholars of Joyce and of modernism,” Wawrzycka said of working on the three books. “I have co-edited works before and I published many essays in journals and other people’s books – but to have a few books that, once again, include scholars I helped bring together in thematic volumes feels truly great.”