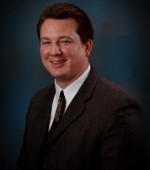 On Aug. 10, Harper took over for Associate Professor of Physical Therapy Kristen Jagger, who will return to full-time teaching. Both Harper and Jagger have been with the program since 2011 as colleagues on the DPT program’s founding faculty.

"I am looking forward to helping build upon the tradition that Jagger and founding chair Ed Swanson have established for this program,” said Harper. “The dedicated DPT faculty, enthusiastic students and Radford University have created a vibrant, engaging program."

Harper came to Radford from Tulsa, Oklahoma, where he was a director of Rehabilitation and Wellness and director of the Orthopedic Interdisciplinary Service Surgery Team at Southcrest Hospital. He is board-certified in orthopedics by the American Physical Therapy Association and has a Doctor of Physical Therapy from Western University in California and a Doctor of Science degree from Andrews University in Andrews, Michigan. His research interests include sports concussions and the role of the body’s connective tissues, or fascia, in musculoskeletal disorders.

The DPT program came online in 2011 and graduated its first cohort in May 2014. In 2017, 20 doctoral candidates in physical therapy donned white coats and were pinned to join their profession.

"Under Kristen’s leadership, the program has come into its own," Harper said. "My colleagues on the faculty are skilled and passionate about teaching practitioners who will care deeply and professionally for their patients and communities."

Radford’s DPT program received accreditation by the Commission on Accreditation in Physical Therapy Education (CAPTE) in May 2014. With CAPTE accreditation, RU DPT graduates can achieve state licensure in any of the 50 states and the District of Columbia. Radford University is one of eight Virginia universities to offer a CAPTE-accredited physical therapy program and the only program serving Southwest Virginia.