This will be an adventure I remember for the rest of my life.”

A recent trip to Cuba introduced a group of Radford University political science students to many strange spectacles.

A farm in the center of a city and 1950s-era vehicles were just two unique sights that the eight students took in during the two-week educational adventure to the island country, located about 90 miles south of Key West, Florida. Political Science Assistant Professor Theresa Schroeder and Associate Professor Tanya Corbin led the group.

As part of the educational visa requirements, the professors and the students had to spend six hours each day doing a combination of educational or cultural learning. The contingent from Radford heard a woman speak from the Cuban Federation of Women, went to the Bay of Pigs, and visited museums and tobacco farms. 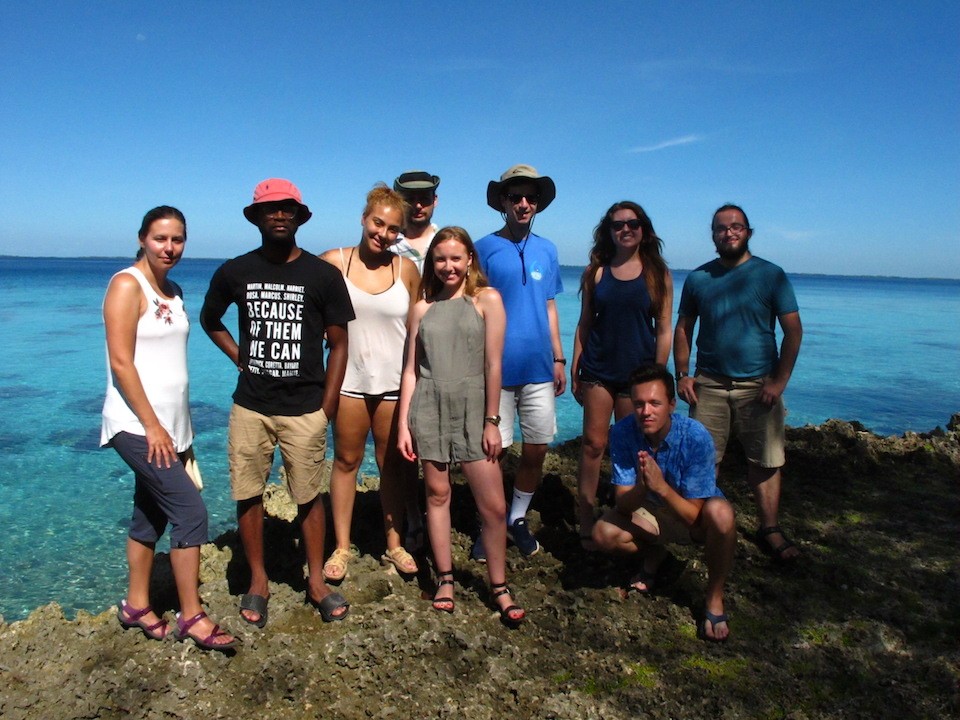 Assistant Professor Theresa Schroeder, left, with the group of students in Cuba.

“We went to two [tobacco farms] and one was state-owned,” Schroeder said. “The other one was private. We saw how the different farmers and the different works interacted. The private owner said that 90 percent of the profit goes to the government and 20 percent goes to him. Obviously, that math doesn’t add up. That was a vision into the Cuban mindset into how their business operates.”

Senior Mackenzi Kyle, one of the students on the trip, enjoyed the lecture at the José Martí Research Institute, titled “The Role of Cuban Women in the Federation.”

“The lecture was so interesting and eye opening about how progressive Cuba is on the women's rights front,” Kyle said. “Another visit I really enjoyed was the visit to Cuba Libro, the first English bookstore in Cuba. The bookstore is owned by a New Yorker who moved to Cuba during the start of the ‘Special Period’ and eventually opened her own business.” 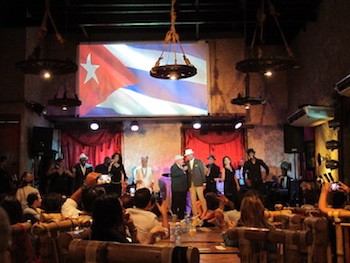 A play attended by the students and professors while in Cuba.

The “Special Period” is a term given by former Cuban President Fidel Castro to the time period immediately following the collapse of the Soviet Union, when, almost overnight, Cuba faced the challenge of feeding itself and becoming mostly self-sustaining. As part of that initiative, the government nationalized large portions of land to become farms, some of which were located in the middle of highly populated areas, such as Havana.

“It really showed me innovation by the Cuban people,” Schroeder said. “They’ve been living under the embargo since 1962, yet they are still able to be innovative and creative in making and supporting themselves and making sure that they can still live. The innovation and creativity by the Cubans were some of the things I got from my experiences.”

Part of that innovation is the maintenance of the vehicles in Cuba – which are mostly from the 1950s.

“It felt like a classic car show,” Schroeder said. “They have 1950’s cars that still run, with a lot of those engine parts and other parts of the car they can’t get. They somehow made one, figured out how to do it.”

During the intense trip, Schroeder and Corbin made sure to help the students understand and digest their experiences.

“[We wanted] to help them make connections and get a full sense of what they were learning and seeing,” Schroeder said. “Sometimes you see things and you don’t make the connections – we really wanted our students to be able to have that experience.” 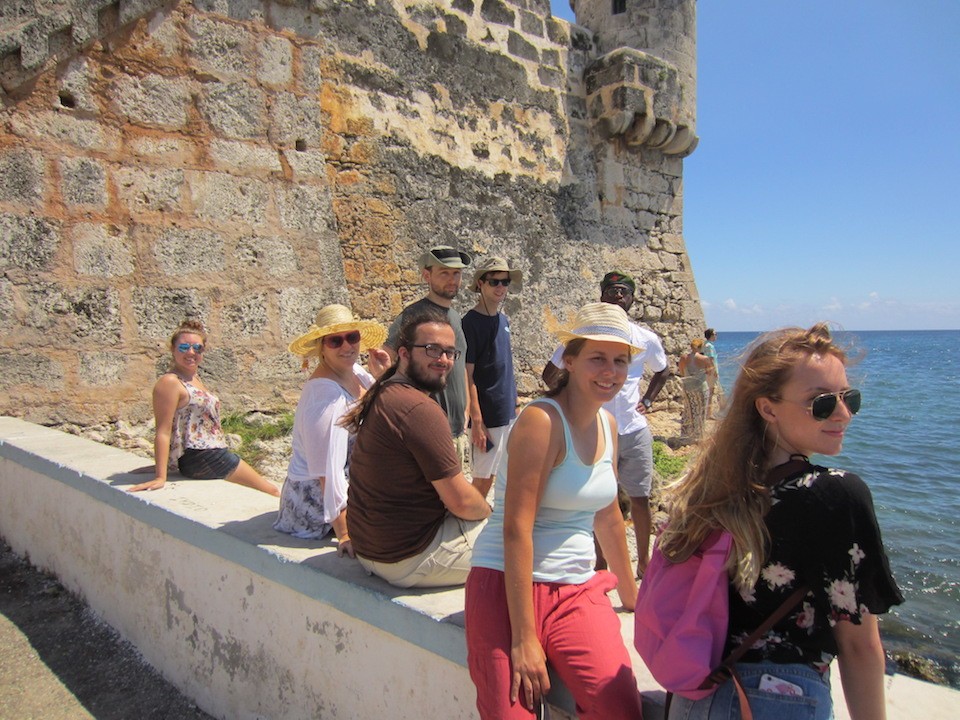 While in Cuba, the professor and students engaged in open conversations about the Cuban Revolution and the Cuban Literacy Campaign.

“Right after Fidel Castro came into power, he stated that they were going to eradicate illiteracy in a year,” Schroeder said. “We had an open dialogue with Francisco, a man who was one of the volunteers during the literacy campaign. He was 15 when he volunteered. He spent months out in a rural area of Cuba and taught more than 40 people, kids and adults, to read. He said he had no idea how important his work would be when he volunteered.

Gabriel Bennett, another student on the trip, enjoyed hearing the perspectives of the Cubans.

“The opinions ranged from richer people who were in favor of Castro's regime to poorer people who were very against it,” he said. “This experience will give me the ability to use this new perspective both in assignments at Radford and in the working world after I graduate.”