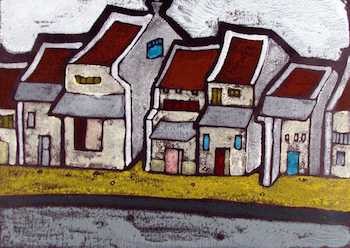 A piece by Lam Dinh, which featured in the Artful Lawyer Gallery.

Dinh, who is pursuing a Master of Fine Arts (MFA), says a lot of his inspiration comes from Vietnamese culture and his father’s printmaking work.

“Many of my woodblock prints are based on my youthful memories of Vietnam,” Dinh said. “They encompass folk tales, customs, practices and cultural festivals that are very dear and close to Vietnamese people.”

Dinh wants to retain the quintessence of Vietnamese culture through woodblock printing, which is a traditional graphic art.

“I want to preserve and maintain these memories and cultural values,” Dinh said. “Losing tradition is an enormous loss to a country that nothing can compensate for – this is especially important in modern times.”

King is also pursuing an MFA, and her influence stems from the Pictorialist Movement.

“It was through the photogravures produced by Alfred Stieglitz in his publication ‘Camera Work’ that inspired me to want to study modern gravure techniques,” King said. 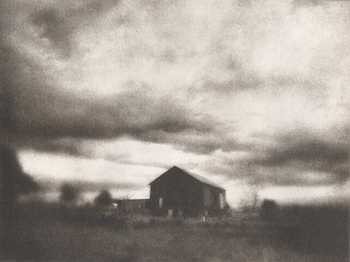 A piece by Leslie King, which is featured in the Artful Lawyer Gallery.

After King studied with two master printmakers, she knew she wanted to further pursue that dream.

“In the dimness of a darkroom only lit by a safelight, I watched my first image slowly emerge in the developer,” King said. “At that moment, I fell in love with the idea of photography.”

A result of that dream is a series in the gallery called “Road Diaries.”

“The idea is to capture a sense of place, unplanned and unexpected,” King said. “As one travels, visuals go by so fast they are almost dream-like. With gravures, there is a similar magic that occurs when you see the results after running a gravure plate and paper through a press.”

While Dinh’s art signifies his immersion in ancient Vietnamese culture, King’s work reflects an interpretation of herself as an artist.

“I am motivated to create photographic images as a means of self-expression – they are the thoughts I cannot share through words,” King said. “They represent an authentic version of who I am and how I view the world.”

Different from Dinh’s woodblock printing style, King focuses on photopolymer gravure, which involves a light sensitive polymer-based plate, a positive digital image, water and UV light to create the intaglio plate. After inking the plate, it is put on a piece of paper and run through an etching press.

A vast collection of printmaking, the Artful Lawyer 2017 exhibit titled, “Whet Your Palette: Printmaking,” is open to the public until Sept. 27. A range of mediums will be on display, including woodblock and block printing, mixed media, serigraphy and photopolymer gravure.