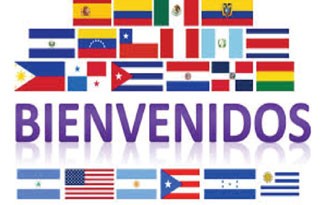 Students, faculty and organizations around campus are preparing for this year's celebration of Hispanic Heritage Month from Sept. 15 through Oct. 15.

This year, a packed slate of events marks the occasion, including concerts, lectures, dinners, dances and a film festival.

The film festival, titled "Uncover New Ibero American Cinema," will bring five critically acclaimed films from around the world to campus. Each explores life in different Spanish speaking cultures, with stories featuring settings as diverse as a vibrant 1950s Havana and a modern refugee camp in Spain.

Each showing will take place in the Hurlburt Student Center Auditorium at 7 p.m. The films and their show dates are:

The festival is sponsored by the Spanish Film Club with support from film distributor Pragda; the Ministry of Education, Culture and Sports of Spain; and SPAIN arts & culture.

The Spanish Film Club has also teamed with the Department of Criminal Justice to enhance the experience of one of the films, "339 Amín Abel Hasbun. Memory of a Crime." The film's director, Etzel Baez will join the Radford community via Skype following the showing of the film, which based on the true story of the 1970 murder of Amiín Abel Hasbun, a student leader in the Dominican Republic.

Baez's film documents the controversy surrounding Hasbun's death and the involvement of the Dominican government. Viewers are encouraged to engage with the director as he offers his views on the film.

In addition to international support, the film festival, and all other Hispanic Heritage Month events, have support from campus divisions including the Office of High Impact Practices; the International Education Center; the McGlothlin Fund; the Departments of Foreign Languages and Literatures, Criminal Justice, and Political Science; and student organizations the Latino Student Alliance, The Spanish Honor Society and Sigma Delta Pi.