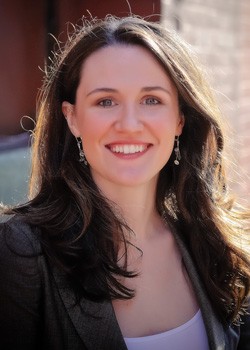 Author Liz Murray will deliver the keynote address at the 2016 McGlothlin Celebration of Teaching on April 7 at Radford University’s Bondurant Auditorium at Preston Hall.

Murray is the author of "Breaking Night" and the subject of the Lifetime movie "From Homeless to Harvard."

Murray is the recipient of the White House Project’s Role Model Award and Oprah Winfrey’s first-ever "Chutzpah Award." Her memoir, "Breaking Night," landed on the New York Times Best Sellers list within a week of its release and quickly became an international best-seller published in 12 countries, in eight languages.

Murray received her Bachelor of Science degree from Harvard University. She is currently pursuing a master’s degree in psychology at Columbia University.

The McGlothlin Celebration of Teaching is an annual event, now in its 17th year, honoring the Blue Ridge region's best teachers with the McGlothlin Awards for Teaching Excellence. Six finalists will be selected for the 2016 awards. These awards are some of the largest monetary awards for teaching in the nation.

Two winners, who will be awarded $25,000 each, will be announced at the ceremony conducted by the McGlothlin Foundation, Blue Ridge PBS and Radford University’s College of Education and Human Development. The awards ceremony begins at 6:30 p.m.

To learn more about the McGlothlin Celebration of Teaching event at RU, email mcglothlin@radford.edu.