A Life Written with Music

Lisa Arundale ’79 shares the gift of song with future Radford vocal students. With her early experience performing as a teenager with a group of local musicians in her Appalachian hometown and an invitation penned on a three-hole punched sheet of notebook paper from a political candidate requesting that she sing on his campaign tour, Lisa Arundale ’79 embarked on a rewarding career as a singer. She has lived a life well-traveled, filled with adventure, success and love. 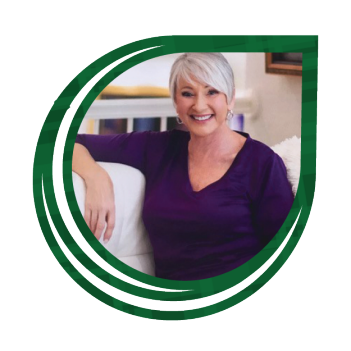 “I feel I’ve had many chapters in my life — each with different experiences and highlights,” said Arundale.

She is from Ceres, Virginia, an area hidden deep in the Appalachian Mountains, with sheep, cattle and Easter lilies dotting the hillsides in springtime.

“‘Ceres’ is written on both sides of the signpost at a crossroads where a country store and post office shared the same building,” said Arundale.

She received her first formal training in music at Radford University, where she earned a Bachelor of Science in music education with emphasis on voice. She believes Radford can be the place for others from sheltered areas of Virginia too often forgotten.

“Radford is where I was able to ‘stick my toe into the water’ of the huge world that was out there waiting for me to explore when I was ready. It was the place where I learned to navigate through the adversity of being rejected and where I was mentored by a professor with a gentle soul who recognized my naivete and safely guided me through the sometimes harshness of those rejections. It’s where I gained the confidence of my vocal abilities enough that I could go out into the unknown and say ‘yes’ to opportunities that arose.”

Arundale seized every opportunity to perform and share her music.
“I recorded my first record while in college — a campaign song with a victory song on the other side of a 45 rpm. I sold them at rallies to help pay for college expenses. I still have a few copies. While still a student, I also wrote campaign songs for a U.S. congressman and a senator, a Virginia governor and lieutenant governor candidate, an attorney general and a couple of county officials,” said Arundale.

Because of those opportunities, she was able to travel and meet people from all walks of life, and she especially appreciated those who led very different lives from her own.

“I tried my best to be a sponge and learn everything I could along the way — not just about music, but about social mores and people,” she said.

There was the Arizona chapter of her life, where she worked as a training specialist for America West Airlines. While employed there, she continued to sing and even wrote a few songs for America West that she performed at company events.

“I made my first cassette album while living in Arizona. It contains folk songs that my mother and I had written together. I cherish it to this day,” Arundale shared.

The Washington state chapter is where her career soared. She credits the airline experience for allowing her to hone her skills and gain the confidence to start her own company in Seattle. Arundale contracted with a local county, the National Safety Council and Boeing to teach college-level “train-the-trainer” courses. Using methodologies learned at America West, she taught thousands of trainers and was a preferred instructor for Boeing.

While she was enjoying the success of her business, music was still her heart.

Most fondly, she recounts the Florida chapter, where she found the love of her life, Dwight Arundale.

“My husband was one of the most generous and loving people I have ever met. He adored my singing. During our time together, I performed at art openings, wrote and directed several musical shows and performed in Europe. I learned so many things about life and the preciousness of each day,” says Arundale. “Dwight was the love of my life and an amazing person who accomplished so many wonderful things in his life. He allowed me to have a chapter filled with unconditional love.”

After her husband passed away from cancer, she moved to Naples, Florida, where she was asked to sing with a traditional 17-piece big band, the Stardust Memories Big Band.

“I had never sung jazz before, so this was a challenge, but one I will never regret. It has been such a thrill! I sang with them for six seasons, and I am so very grateful I had the opportunity,” said Arundale.

Singing with the Stardust Memories played a huge role in Arundale’s gift to Radford University. She wanted to learn more about performing as a jazz singer and attended a jazz camp at a college in North Carolina. She was one of the few adult campers but was excited to see many talented high school musicians. It was there that she began thinking how much she wished she would have had that type of opportunity when she was their age. She did research and found there was no camp like that in Southwest Virginia. At that time, she was also evaluating her ability to give back.

“As I was thinking about the jazz camp being held on a college campus with professors who clearly loved kids and were so excited about their creativity, excitement and abilities, I began thinking of Radford. I decided to go to Homecoming and celebrate my 40-year anniversary. While making those plans, I formed an idea for some scholarships. While at the Homecoming, I was so impressed by the school’s growth, its diversity and the sheer energy and passion that I saw from the organizers of the Homecoming events. I knew I had found the place for the legacy plans I wanted to create. I want Radford to be the place that opens the doorway to the world for others like it was for me,” she shared.

Arundale says she has always wanted to provide a “step up” to people from her home community — something that can help them make their dreams come true as she has experienced. With a blended and current planned gift to Radford University, she will establish the Lisa Umberger Arundale Vocal Music Scholarship and create the Lisa and Dwight Arundale Music Institute, a summer vocal institute.

“It’s important to me that people understand my roots and connection to Southwest Virginia. I hope to make sure Radford is the first school anyone thinks of when they think of furthering their education in music in the region. For those who want to explore what opportunities life offers, Radford can be that place. Everyone might not have the ability to finance a summer music institute, but scholarships can begin with a small amount of money. What a difference receiving scholarships made in getting my education!” Arundale said.

Arundale’s journey has taken her across the United States and back, covering all but one of the 50 states. She will cross the last one off her list this year and add another chapter when she soaks in the history and culture of the Big Easy. She no longer performs full time, but it seems appropriate to finish her tour of the U.S. in a place like New Orleans, Louisiana, that embraces its music as “always, forever … its beating heart.” 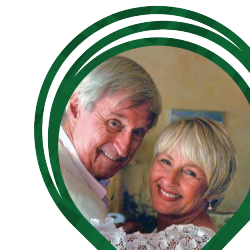 From her home base in Sarasota, Florida, more chapters will be written. At the heart of them will be music.

“Music has taken me places and introduced me to people I’m sure I would never have had the opportunity to meet otherwise. It introduced me to my beloved husband and soothed me as I said goodbye to him. It kept me company when I was alone and gave me the thrill of a standing ovation.

Singing has given me some of the proudest moments in my life. I’m not sure who or where I would be without music,” she said.