Legacy on the Field

Student-athlete Bella Signorello follows in her father’s footsteps as a Radford lacrosse player.

Ever since Bella Signorello was in third grade, her sights were set on attending Radford University. Her mom, Carolyn ’89, and late father, John ’89, met as students at Radford in the ’80s, so the influence was strong. 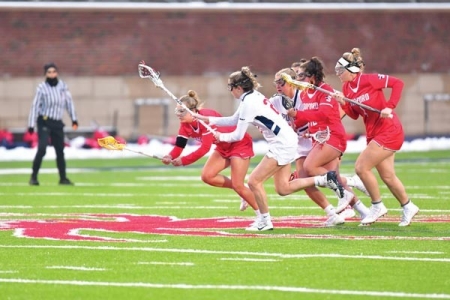 As was the influence to play lacrosse.

John Signorello received a full scholarship to play lacrosse at Radford. An astute businessman and musician, he also coached the lacrosse team at Tuscarora High School in Leesburg, Virginia, where Bella attended school and was a member of the varsity squad since her freshman year. All three of her younger siblings also play lacrosse.

“I started sports really early. I did a little bit of gymnastics and a little bit of soccer. I started lacrosse in fourth grade. I just ended up liking it the most out of everything else. It connected me and my dad. And, now it’s connecting our whole family,” Signorello said.

Throughout most of Bella’s childhood, Radford didn’t have a women’s lacrosse program, so while she was settled in her desire to attend the University, an opportunity to play collegiate lacrosse remained uncertain.

However, when an issue of The Magazine of Radford University landed in the Signorello home, there was an article announcing that the first season for a new Division I women’s lacrosse team was slated for Spring  2016. It was kismet. 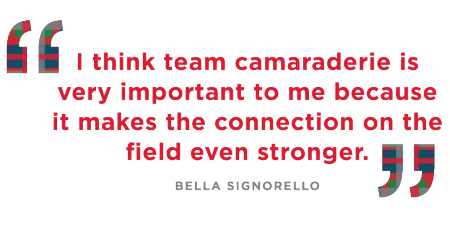 After attending lacrosse camp at Radford every summer in high school, Signorello officially committed to the team as a freshman for Fall 2019.
“Bella was so clear about her purpose for wanting to play at Radford,” coach Haley Hardy said. “Carrying on her father’s legacy at Radford University was her main goal, while being recruited.”

Signorello plays in the low attack position and wears the No. 1 jersey, just as her father did.

“I did a little digging to find out what number he wore in college. When I discovered that it was No. 1 and that number would be available for Bella for her freshman year, it really felt meant to be,” Coach Hardy states.

Signorello, a recipient of the Wyatt Family Athletic Scholarship, is pursuing a degree in middle school education. She plans to take advantage of Radford’s five-year track to earn a master’s degree. After graduation, she will likely move back to Northern Virginia to pursue teaching opportunities.

On the balance of being both a student and an athlete, Signorello understands that, in order to play lacrosse, the good grades need to come first. 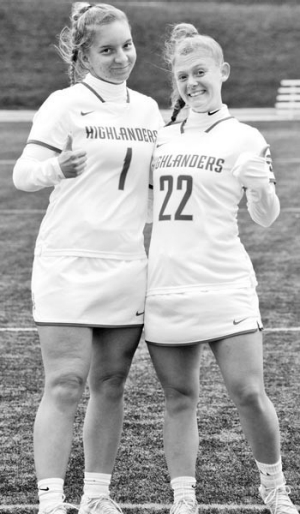 “It’s easier to be a student-athlete for me,” she said. “Having a heavier schedule makes me work harder and more efficiently and get used to multitasking. I let sports and school motivate each other.”

During her first season on the lacrosse team, Bella was named Big South Conference Freshman of the Week. She found out during a spring break trip with the team to New York City.

“It was such a fun moment that I remember. My whole team was cheering, and they played music and made me come up to the front of the bus with a microphone and give a speech,” Signorello laughs.

Signorello lives on campus with two roommates who are also on the team. They like to indulge in “self-care” days with face masks, nail painting and baking brownies.

The importance of teammates also being friends is something she relishes and reveres.

“I think team camaraderie is very important to me because it makes the connection on the field even stronger,” she said. “My team to me is like 30 automatic best friends or built-in athletic sisters. They make playing the sport I love 10 times better.”

On game day, the team energizes the locker room by turning off the lights and dancing to loud music to loosen up before becoming hyper-focused on the game. Signorello family members often make the trek to Southwest Virginia to watch Bella play.

“Bella is one of the kindest and most inclusive women that I have coached,” Hardy said. “She wants everyone to feel welcomed in our program and is a friend to everyone. Her pride in being a Highlander is unmatched.”

Signorello’s music preference is pop, rap or hip-hop. “A lot of the team listens to country music, but I’m not the biggest country fan,” she laughs.