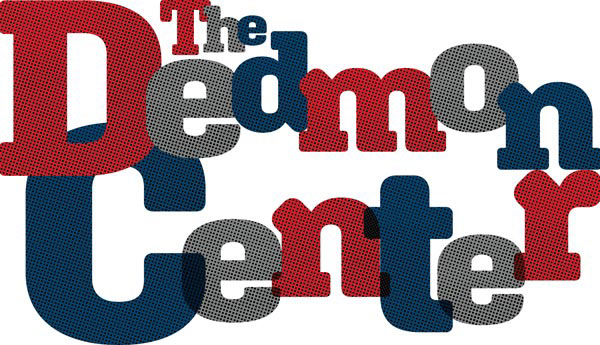 40 YEARS AND NEVER A DULL MOMENT 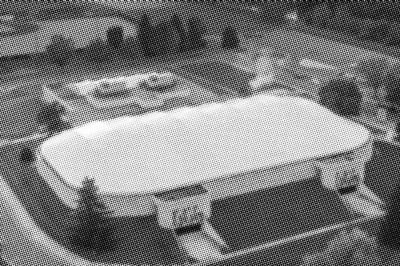 After construction that spanned two years, the famously soft-domed, 3,800-seat multipurpose arena by the banks of the New River opened its revolving doors on a cold and snowy day, Dec. 9, 1981.

At that time, the facility – named for President Donald Dedmon – was one of just 10 air-supported roofs in the United States, and in addition to its basketball and volleyball courts, it offered a 5,000 square foot weight room.

Over the past four decades, it has expanded dramatically, with spaces for baseball, football, soccer, softball, field hockey, track and tennis, plus the Learning Enhancement Center. Extensive upgrades have been installed, including advanced lighting and air circulation systems and a scoreboard, and, in 2008, trusses were installed to support its cloth top without air.

During all that time, scores of Highlanders have passed through its threshold for sporting events, training exercises, concerts, political gatherings, commencement ceremonies and more.

It would require several full issues of this magazine to cover everything worth mentioning, but here’s a slideshow of just a few of the Dedmon Center’s high points over the past 40 years. 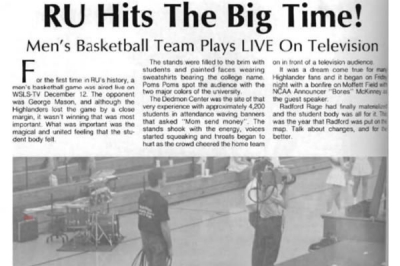 Younger readers may have to bear with us on this, but believe it or not, there once was a time when college sports weren’t always available to watch as they occurred. Fans sometimes had to wait until after they’d already been played or even read about the results the next day.

Some 4,200 poured in to watch the Highlanders face off against George Mason University. The home team did not prevail, but most fans seemed to take that in stride.

“It wasn’t winning that was most important. What was important was the magical and united feeling the student body felt,” the Beehive reported. “The stands were filled to the brim with students with painted faces, wearing sweatshirts bearing the college name.

“It was a dream come true to many Highlanders fans.” 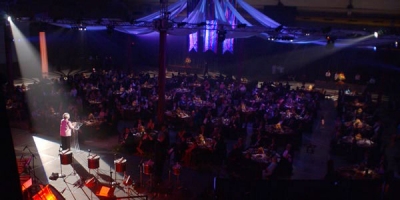 Twenty-five years ago, hundreds of visitors to the Dedmon Center were perhaps surprised to discover a beehive of truly awe-inspiring proportions, 12 feet by 8, hanging inside.

This was, of course, entirely by design.

The nest was human-made – constructed to represent the university’s longtime symbol for industry, thrift and wisdom – and it served as an entryway into the Dedmon Center’s dining area during a 1997 reception for “Investing in Lifetimes,” the first capital campaign for Radford University.

Some 440 guests attended and, once inside, dined under a canopy made of 1,300 yards of multicolored fabric donated by NRB Industries of Radford. The sculpture, built by Diane Whitehead, was inspired by the work of Dorothy Gillespie, distinguished professor of art.

A video of student and alumni testimonials was shown and included a theme song performed live by Professor Robert Trent, D.M.A., and his wife, Pamela; former dean of the College of Visual and Performing Arts (and later Provost) Joseph Scartelli, Ph.D.; senior Anne Kempton; and nationally known bagpiper Burt Mitchell.

Such sprawling displays reflected the outsized ambition of the capital campaign’s goal of $22 million toward faculty and student excellence projects, the library, the Selu Conservancy and other initiatives. Roughly $10.6 million of that campaign was earmarked for scholarship endowments.

The effort was already well on its way that night. It was announced, at the gala, that about 65% of the goal, or $14.5 million, had already been achieved.

“When I’m … cheering for a three-point shot on the basketball court that is doubling as our gala room tonight, I feel blessed to be in a partnership with this university that was given so much to our community,” capital campaign co-chair Barbara Turk told attendees.

By the time the campaign concluded in December 2000, “Investing in Lifetimes” had met its goal and more, winding down with a final tally of $27 million. 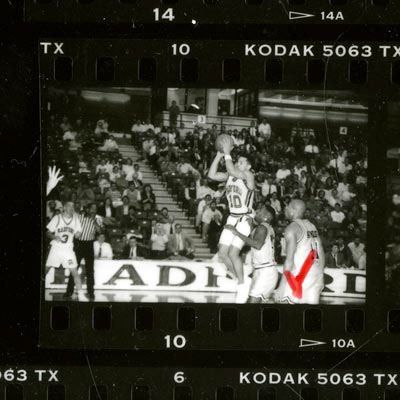 You don’t have to use your imagination to envision the events that rocked the Dedmon Center on March 4, 2018.

A clip hosted by Stadium offers multiple angles of redshirt freshman Carlik Jones sharpshooting a 3-pointer right at the buzzer against Liberty University. That tipped the final to the Highlanders, 55-52, and delivered Radford University its first NCAA Tournament spot in nine years.

“Fans from both schools drenched themselves in red and flocked to the Dedmon Center,” Roanoke Times sportswriter Aaron McFarling later wrote. “Liberty’s fans were loud and proud, but so were RU’s.

“This was as much a community event as a basketball game, the chance to celebrate something that, if you’re lucky, happens once a decade or so,” he declared.

Even before the game’s 3,859 spectators had cleared the scene, the game net was cut away from its hoop to be “transformed into a nylon trophy.”
Spectators that day included former Highlander guard Doug Day ‘93, who, during his four years on the team, sank 401 three-pointers and tallied 2,027 points, making him the program’s all-time leading scorer.

Day knows a thing or two about buzzer-beaters as well.

On Dec. 9, 1991, he hit a three-point basket in the last second to beat Virginia Commonwealth University, giving the Highlanders a big in-state win.

Crowds of fans stormed the floor on that day, too, which, as fate would have it, landed on the Dedmon Center’s 10th anniversary. 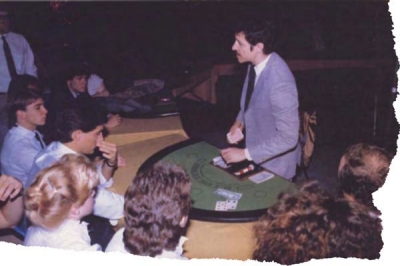 For more than 10 years, Student Life hosted “Evening in D.C.” During that time, an average of 2,000 to 3,000 students and staffers attended annually.

Before you envision a convoy of busloads of Highlanders bound for our nation’s capital, bear in mind that the D.C. in question here is, of course, the Dedmon Center, and the “evening” was a combination concert, carnival and – above all – casino night.

First held in 1982, within five years “Evening in D.C.” boasted up to 90 gambling tables, offering blackjack, roulette, horse racing and other games of chance. While the thrill was real, the cash was not – attendees were issued $10,000 in funny money which, if they increased their bankroll, could later be traded in for prizes.

Low rollers, too, had options in the form of shuffleboard, mini-golf, a bag toss, and in later years they could even stomp out a tune on a giant floor piano, like the keyboard Tom Hanks danced upon in “Big.”

If that music didn’t suit, no worries. Local bands such as the Boneshakers and Awareness Art Ensemble were frequent headliners.

Each “Evening” had its own theme and decor. “Hollywood” was one, “Jamaican Reggae Festival” another. For “Mardi Gras,” organizers arranged New Orleans-style lampposts, street signs, park benches and flowers.

In 1991, “Evening in D.C.” was rescheduled to coincide with homecoming weekend, but the event appears to have fallen away sometime later that decade. As the saying goes, however, it was fun while it lasted.

“Everyone was in a festive mood and so dressed up,” said Scott Silverthorne in 1987, when he was a sophomore. “This isn’t your usual college scene.” 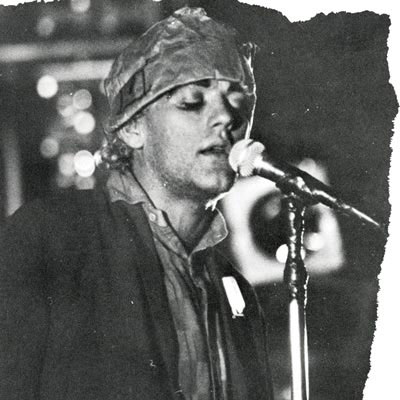 During the years when it offered larger concerts, the Dedmon Center racked up a considerable roster of memorable acts, starting on its fourth anniversary.

Its very first concert, on Dec. 9, 1985, was one for the ages: R.E.M., just before the Athens, Georgia, quartet catapulted from college rock staples to chart-toppers, jangling through 30 songs in two hours with a sell-out crowd of 3,200. A sad footnote: Opening act The Minutemen played one of its final shows in Radford; the legendary band lost its front man, D. Boon, in a tour van crash just 13 days later.

In November 1987, Australian rockers INXS bypassed Roanoke to play Dedmon one month after releasing the album “Kick,” which spawned four Top 10 singles and a Billboard No. 1. Radford got namechecked on MTV News (an ’80s version of going viral, more or less), and the yearbook declared the show produced “an energy that threatened to burst the air-supported roof of the Dedmon Center.”

That same decade, the Dedmon welcomed other left-of-center hitmakers like The Bangles and 10,000 Maniacs; old standards Kool & the Gang and James Taylor; and new-wave faves such as Squeeze and General Public.

The ’90s brought visits from rock icons on the level of Bob Dylan, but also gnarlier fare from Primus, The Offspring and Blind Melon.

When Outkast took the Dedmon stage in April 2001, they were deep into touring behind their fourth album, “Stankonia,” which eventually sold 4 million copies and went quadruple platinum. Group members Andre 3000 and Big Boi performed for four staggering hours, serving the hits “Miss Jackson” and “Rosa Parks.” Said The Beehive: “Remnants of Outkast songs still linger in the heads of those who attended the concert, and the echoes will forever be a part of the Dedmon Center.”

Rising to the challenge 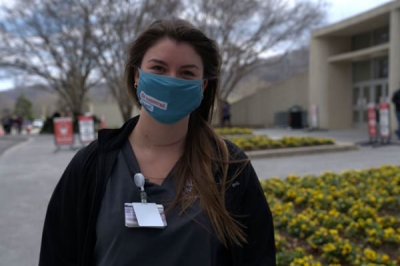 For decades, the Dedmon Center has been a locus for athletics, entertainment, and large group events.

On the flip side of that equation, however, the coliseum can also be used to help during more serious times.

That’s exactly what occurred in early 2021, the second year of the COVID-19 pandemic, when vaccines became available. Those needed to be distributed to as many people as possible but with as much social distancing as feasible.

The main factor required to pull off such a feat, of course, is an enormous building that’s long and wide and high-ceilinged. In essence? The Dedmon Center. So it was that in April 2021, Radford’s largest capsule-shaped facility was repurposed into a COVID-19 vaccination station for as many residents of the New River Valley as wanted it.

But with so large an undertaking, volunteers were needed, and lots of them. That’s where the Highlanders came in, with university staff and students stepping in to assist. They helped with registration, processed patient data, worked call centers, monitored shot recipients and even administered vaccinations.

In addition to their work at the Dedmon Center, they also helped staff Blue Ridge Church, the Roanoke Rescue Mission and Martin’s Pharmacy in Dublin and Pulaski, according to Maggie Bassett, emeritus professor of nursing.

“We had students at the clinics every Tuesday, Wednesday and Thursday,” Bassett said at the time.